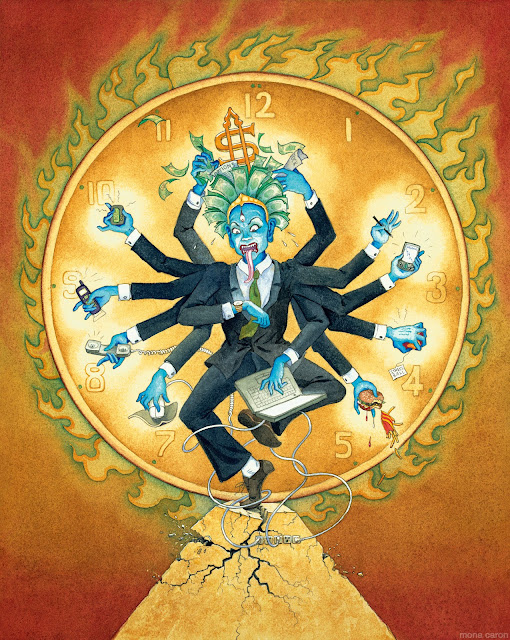 Over the years, the Tek-Gnostics Network has endeavored to “keep our eye” on the nefarious exploits of those who pull the strings on the world socio-economic and political stage. These worldly “masters of the universe” have been known by many names over the years… decades… centuries. In the good old days, they were referred to as: The International Bankers, the Globalists, the Bilderbergers, the Military-Industrial Complex, the Council of 13 Families (don’t get me started on the rascally Illuminati!), the list goes on…

Recently, those who own/control/run the world have been referred to as the one percent (as reckoned by net worth). The astute readers of this blog remember the international, left-wing populist, socio-political movement… commonly referred to as: The Occupy Movement. It was this very “Operation” where the term “one percent” was popularized and incorporated into our contemporary, pop-lexicon.

Speaking of lexicons, in the Tek-Gnostics Lexicon (found here), we have identified these master manipulators as (American) Archons. Although we identify the distinctly American sub-species… Archons rule globally. They have divided up the planet into fiefdoms ever since the days of the Great Pirates.

Again, as the astute reader knows, we take the term Archon from the biblical-era Gnostic interpretation…

1) - From the ancient Greek: ἄρχων arkhon; pl. ἄρχοντες word that means "petty ruler" "prince" or "lord," often used as the title of a specific public office... derived from the same root as monarch.

The ancient heretics known to us as Gnostics, envisioned these Archonic, petty rulers on (at least) two simultaneously occurring yet distinct planes of existence. The first (on Earth) being the Roman overlords who administered Empire in the conquered region of Judea. The second (as it is in Heaven), psychedelic vision of Archonic power was as a celestial, predatory system of mental and spiritual enslavement. To the Gnostics, these two visions were on a continuum of experience as the Roman overlords transmogrified into planetary gate-keepers, as their (gnostic) perceptions moved from the earthly to the heavenly realms. 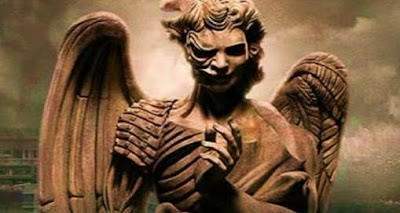 Within this symbolic, archetypal, mythic continuum, the Roman overlords were viewed as the worldly minions of the celestial Archons… who were, in turn, viewed as the heavenly minions of the all-powerful Demiurge… the deranged gatekeeper of the material plane of existence… he who/that which, stood guard and denied access to the heavenly pleroma and the God-above-gods... or “that which cannot be named.”

In this day and age, it is not outrageous or even unrealistic, to apply this metaphoric continuum to our understanding of worldly affairs. Archonic powers provide a useful mythology that help us “wrap our heads around” current events… especially if we perceive higher planes of existence as part of our understanding of universe. This is in keeping with the esoteric, synchro-mystic milieu.

Such a mind-map… or world view if you prefer, has led some synchro-mystics among us, to describe our paradoxical situation, with the cryptic pronouncement: We are Living in Gnostic Times. This is akin to what is meant by the gnostic gospel phrase: On Earth, as it is in Heaven… famously appropriated by Xianity’s “Lord’s Prayer.” Such a mode of esoteric thought is also described by some synchro-mystics with the equally cryptic term: War in Heaven… which could explain a lot, if you look at it right.

This line of thought is clearly not the sole purview of the Alt & Xtian Right. It is likely too esoteric and nuanced for their pre-programed thought processes. This is a deeper understanding that transcends Right and Left ideology. It moves beyond the mundane, into the realm of synchronicity and magick. Living in Gnostic Times arises with the concurrent rise of High Strangeness… a term near and dear to synchro-mystics everywhere. 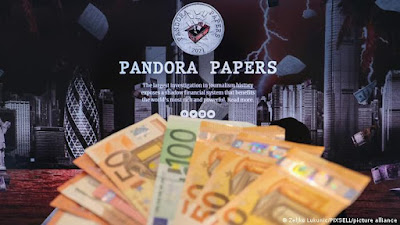 So it is within this context, and with great interest, that we are following the Pandora Papers data dump. On October 3rd, the International Consortium of Investigative Journalists (ICIJ) began publishing the most revealing and damning sections of 2.9 terabytes of appropriated data, containing 11.9 million leaked documents. These documents exposed the existence of secret offshore bank accounts of 35 world leaders, including current and former presidents, prime ministers, and heads of state as well as more than 100 billionaires, celebrities, and business leaders.

Estimates by the ICIJ of just how much money is being held offshore, range from $5.6 trillion to $32 trillion US dollars. You can check out the above link and the Wikipedia page to get the particulars on the whose-who of named figures, as well as the culpable off shore financial service providers. For our purposes, the Pandora Papers reveal the financial machinations of the one percent… the worldly Archons and their henchmen.

“In an era of widening authoritarianism and inequality, the Pandora Papers investigation provides an unequaled perspective on how money and power operate in the 21st century – and how the rule of law has been bent and broken around the world by a system of financial secrecy enabled by the U.S. and other wealthy nations.”

This data trove illustrates facets of how the “smash-and-grab” phase of Late Stage Capitalism is designed to provide a life-raft for the henchmen of the worldly Archons, as they squeeze the last drops of profit from a dying planet… world populations be damned! This kinda puts the rise of the great houses in a new perspective, doesn’t it?  Can you say: Breakaway Civilization?

These seemingly divergent facets of reporting on the exploits of the super-rich are dots that can be connected to reveal the broader, end-game of the Archons… as they shower favor upon, and provide the exit strategy for their henchmen. Within the context of Archonic power, it is becoming increasingly clear that the Davos crowd, and those above them, are playing a for-keeps game… and are playing by different rules.

What different rules you ask? Regular readers of this weblog have a pretty good idea of the rules being employed. And as we have reported many times… these rules are of ancient origin. These rules operate outside the purview of finance, governance, and even capitalism as it is commonly considered. In reality... the ancient ways and means being utilized by the worldly Archons, are available to each of us, here and now.

Whose reality you ask? The answer is… yours, if you so choose.

This weblog and others within the synchro-mystic infosphere have reported on, outlined, and illustrated the ways and means by which autonomous intelligence agents can deploy comparable methods. As we have also advised… to resist and/or contend with Archonic powers, the autonomous intelligent agent need not utilize their archonic strategies of choice… ie: fear, hatred and violence. Such ancient rules of play actually work better utilizing powers of curiosity, open-heartedness and compassion.

In using the Archonic metaphor, we recognize that such contention travels upon the same continuum of experience as did the War in Heaven mythology of the biblical-era Gnostics. The petty rulers of today can also be considered minions of higher, darker powers. This weblog has described these powers and strategies in various ways… using various allegories, such as PKD’s EMPIRE metaphor.  Find below links to pertinent aspects of worldly powers and their methods…

Blows Against the EMPIRE series

Rise of the Nerds - Eschatological Singularity

Money is a balancing act, and it balances out here and there. More there than here. I have moved on from thinking about Vultures to Starlings. Like Clarissa Starling in Silence of the Lambs, although I've never seen it. There are so many things I'm supposed to be scared of that I find it a huge chore to keep up with them.

Hope for the best, brace/prepare for the worst. To shine forth is key. Jack Heart is a good new age professor and a needed voice here in the black iron prison, word! 87

Garmr...
The scale of theft is so large that most don’t notice... even as the increasing disparity dooms us all to an increasingly less habitable planet. Who wants to live on a slag pile? You don’t need to worry about keeping up... you are right there, in free fall, with the rest of us.

Dennis...
Spoken like a true practical optimist! Shine on!

Although I didn't go into the particulars of the Pandora Papers in this post... it is worth noting the culpability of Archonic safe-haven States in the US, such as Florida & Texas... it seems like these States have been in the news lately...

Anony...
Powell’s underlying health conditions included multiple myeloma, a cancer of a type of white blood cell, which can harm the body's immune system, and more recently, Parkinson's disease. As far as I can tell, he was not implicated in the Pandora affair. Had he been, this would undoubtedly have been big news...

Anony...
Like conspiracy theories, one should pick their eschatology very carefully. Over the centuries, the one thing they have in common is: they never come to pass.

For the survivors, the end times never come to pass. But for a true eschatologist, the survivors are the biggest losers. Therefore, if the NPCs are being "purified" from this world, then NPCs are the sort of people you should have been trying to be all along.

An NPC is a being who appears to be stuck in a loop. William Burroughs wrote a sketch about a town run by "The Johnson Family". When a suspect stranger would enter town, they would all start talking like yokels, saying the same corny jokes and phrases over and over again. The Johnson is the sort of person who doesn't need to gossip about strangers, and also doesn't need strangers prying into their business. What are you? Some sort of informer for the Nova Police?

Garmer...
Welcome to the Interzone... to access our services, inquire within.