Rise of the Nerds - Eschatological Singularity 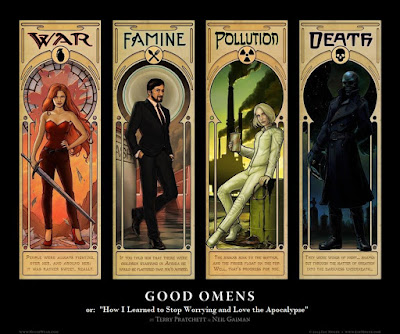 This post was inspired by the great observer of the Fortean realms and commentator on the Deep State… the ever astute Recluse, and his post entitled “The Lovecraftian Enlightenment?.” Recluse’s post is highly recommended reading in that it not only illuminates the dark underbelly of contemporary High Weirdness, as exemplified by the increased, pop-cultural fascination with the works of H P Lovecraft... it additionally shines a light on the highly strange and troubling phenomena known as the neo-reactionary movement (NRx) or more ominously: the Dark Enlightenment.

In his post, Recluse provides a concise description of the uncontestable elements that make up the Dark Enlightenment. These components are: contempt for democracy... an obsession with technology and capitalism in equal measures... libertarian ethos, taken to their logical extreme... a thinly veiled approval for eugenics... and finally, a sense that the darkest of imagined cyberpunk futures is something to aspire toward. 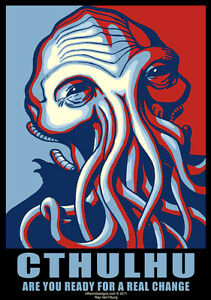 Recluse recounts how the current cultural fascination with Lovecraft was spawned at the dawn of the personal computer revolution, and how this fringe mythology was adopted by nerd culture, as conceived, championed and propagated by Mencius Moldbug and his “cohort in concept” Nick Land. As recounted by Recluse, Land incubated a “Lovecraftian Reality” through his Warwick University student collective known as the Cybernetic Culture Research Unit (Ccru), circa 1995.

Per Recluse: The Ccru's purpose was to study a host of arcane topics… French philosophy, jungle music, science fiction, cryptography, the occult, rave culture, cybernetics, and, of course, Lovecraft. From this heady brew emerged a cyber-age version of Accelerationism.

Much has transpired since those early days of the computer revolution. Strange permutations of thought have since informed Silicon Valley, nerd culture, and as a result… pop culture in general. Capitalism has indeed become meaner… nerd culture of the 80s has become the corporate boardroom culture of the early 21st century. And let’s face it… we all knew, growing up in the 80s that the nerds were going to eventually rule the world.

But here on the eve of the third decade of the noö millennium, the tendrils of the Cthulhu mythos have increasingly coiled around us. It is with the above High Strangeness as a backdrop that the resulting machinations of the Dark Enlightenment reveal an eschatology of late-stage capitalist, cyberpunk spawned, technological singularity. Disconcerting questions concerning the rise of nationalism and neo-fascism, the modern Surveillance State (which we conspiratorially refer to as SS), and the application of emerging technology (ie: CRISPR) require us to re-think current political realities, as well...

In this regard, Recluse points out some very disturbing political connections between proponents of the Dark Enlightenment, the Alt-Right, and other high profile elite and/or political figures who, of late, have found their way into the public eye. One such figure is the controversial venture capitalist:  Peter Thiel. In addition to being a high-profile member of the Paypal Mafia, Theil will live in infamy for his quote: "I no longer believe that freedom and democracy are compatible." Again, from Recluse:

“Is Thiel's sponsorship for neo-reactionary ideologues and influence on the movement evidence that it is a kind of vehicle for his own personal beliefs? Certainly, this is not beyond the realm of extreme possibility, and that is a terrifying prospect. As I noted recently, Thiel is at the absolute vanguard of the far-right, along with the Mercer and DeVos-Prince families. What's more, Thiel and the after-mentioned families appear to be major players in a vast private intelligence network behind both Trump and Brexit.”

In light of the above, the overt political situation (desperate, as usual) of a globally-realized Nationalist entrenchment that currently has world populations by the throat, smells of a more sinister, coordinated end-game power-play, orchestrated by the above named Archonic families. A power-play designed to eradicate any remaining vestige of democratic (or for that matter republican) principles, rule of law, and any other pesky public institutions, social safety nets, or educational opportunities that afford the 99% any respite from “what is about to go down.” For in suffering the consequences of the Worldly Archons… it once again becomes clear… the Empire never ended.

And this is just the overt, political perspective. This scenario does not take into account the highly weird, eschatological nature of the Dark Enlightenment. The truly terrifying prospect of what the Dark Enlightenment seeks is a partnership of elite, trans-human overlords, neurologically networked to an artificially Intelligent, time-traveling consciousness from the future. And I am not the guy making this stuff up…

“Machinic desire can seem a little inhuman, as it rips up political cultures, deletes traditions, dissolves subjectivities, and hacks through security apparatuses, tracking a soulless tropism to zero control. This is because what appears to humanity as the history of capitalism is an invasion from the future by an artificial intelligent space that must assemble itself entirely from its enemy's resources. Digitocommodification is the index of a cyberpositively escalating technovirus, of the planetary technocapital singularity: a self-organizing insidious traumatism, virtually guiding the entire biological desiring-complex towards post-carbon replicator usurpation.” 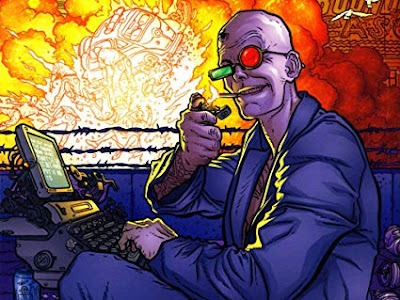 The Land quote came from an earlier work by Recluse, where his reporting on the Dark Enlightenment... and mine on a Bitcoin-wielding AI, crossed paths. Some of the theories of proponents of the Dark Enlightenment may seem a little “out there” to most folks. But the Worldly Archons ain’t most folks! The religious fervor, in which Thiel and others view the world, is nothing if not a new take on a very old eschatology, where the chosen few will inherit the Earth.

For the sake of clarity, the Tek-Gnostics world view (read: mythology) on this troubling subject, is as follows… Technological Singularity as a “Rise of the Machines” scenario, ala the Terminator franchise is exceedingly unlikely. The idea that computer nervous systems and algorithmic synopsis will achieve parity (let alone sentience) with human nervous systems is an overly ambitious assessment of our current technological abilities.

With that said, there are more ways that the world can be impacted… other than technological ones. It is clear that the deranged imaginations of Mencius Moldbug and Nick Land have apparently been influential in shaping the “rise of the nerds” world view… which impacts us all, as nerds rule! (quite literally, I’m afraid). The imaginings of a world ruled by Lovcraftian “great old ones” …if imagined by enough people… by a critical mass of people… begin to shape reality… for it is in our imaginations that our world takes shape. 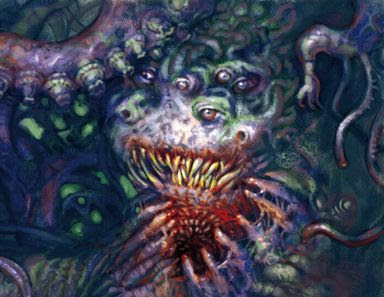 Many people fear the Apocalypse, as that is how they were "brought up" to believe. There are several apocalypses to choose from, by the way… You’ve got your good old fashioned Biblical, desert religions apocalypse or “end of days.” You've got the Hindi "Yuga" cycles (some say we are in the fourth, apocalyptic Kali Yuga, even as we speak). You've got your Hopi End of the Fourth World apocalypse. You’ve got your climate change apocalypse, aka: Anthropocene extinction... as well as the technological singularity apocalypse. The Dark Enlightenment seems to favor the last one on the list.

These are all variations of a fear-based eschatology. As you know, dear readers… many people “want to believe.” There are other people who want them to believe. Belief in the Biblical apocalypse works out pretty well for the priests, sheikhs, and rabbis… you know… job security. The point is, belief is subject to manipulation. Belief is also a powerful shaper of consensual reality. Eschatologies, be they religious or technological, require the belief of many to be effective.

So be careful what you believe, my dear intrepid readers. Don’t believe everything you think! Choose your apocalypses carefully! Don't lend your belief systems to anything or anyone you are not sure of and committed to. We at Tek-Gnostics recommend an apocalypse where everything works out O.K. for everybody! And so in closing… we once again quote that great Tek-Gnostic Saint: Bob Dylan, from his classic sermon: “Subterranean Homesick Blues” wherein it is written...

A future created by Lovecraft fans is almost too dull to tolerate.

Ha! Even less tolerable, add to that Nerdy Lovecraft fans!

Yeah, even with all of the world's technology at their disposal I still like my odds for survival.
In the words of the late, great Janis Joplin: "Freedom's just another word for nothing left to lose."
Now bring on the Apocalypse, whatever form it may take!

Bring on the Apocalypse indeed... I am rooting for the “steady increase of light” as written in the eschatological “Book of Secrets” from the Dead Sea scrolls.