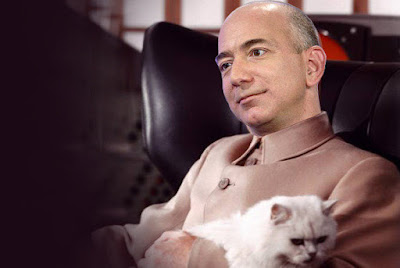 The repercussions of our emerging Brave Noö World continue to ripple expansively to the far reaches of our planet. Accelerating and converging calamities such as climate and ideological regime change, threaten peace and stability for humankind. Nowhere has the Spectre of change been more evident, than within the body politic. Partisan politicians have become brazen and shameless in their pursuit of an agenda of self-interest.

No manifestation of current political machinations is more deeply troubling than the rise of narcissism and inflated self-regard within political figures, both in office and in candidacy. This troubling trend has been apparent for some time but has appeared to “come to a head” within the last two political cycles. It now appears that anyone with a big enough ego (and bankroll) can run for president of these United States.

In the first installment of our “Return of the Archons” series, we commented on the apparent degradation of competency and character of those seeking public office. For purposes of comparison, we then contrasted the decline of our modern political class, with the decline of the ancient Greek and Roman Empires. As is now being repeated within the American Empire, the archaic Empire saw the decline of their Senate, and the rise of a political/social class of ruler, known as the “Archon.” Here is an excerpt from that article…

“The entities in question, both historically (Greek) and esoterically (Gnostic) were potentates known as Archons. The word “Archon” is from the ancient Greek: ἄρχων arkhon; (pl. ἄρχοντες) that means “petty ruler” “prince” or “lord,” often used as the title of a specific public office. The word “Archon” is etymologically derived from the same root as the word "monarch."

The Archons first rose to prominence during the Greek Archaic period, when the kings were being superseded by aristocrats. Originally there were nine Archons, overseeing civic, military, and religious affairs of State. Over time, this political system eroded as wealthy patrons assumed these roles, charged with organizing festivals by bringing together poets, playwrights and actors.”

Then, as now… the abdication of legal and ethical political competence, gravitates away from professionalism and diplomacy, toward celebrity. We need not look too far afield to find stunning examples of this political transit. The most obvious being the NYC real estate tycoon/mobster turned reality star, turned president of the United States… Donald J Trump. There are many who placed their faith in President Trump to “drain the swamp” of the political class. Many still hold to this faith, even though it is increasingly apparent that he has “swamped the drain” instead.

However, there are many examples, both on the political right and political left, who possess the attributes of the Archon. Here in the good ole’ U. S. of A., we label such petty rulers as: American Archons. A good illustration of this phenomenon is the announcement of recent CEO of Starbucks, Howard Schultz’s candidacy for the office of President of the United States. 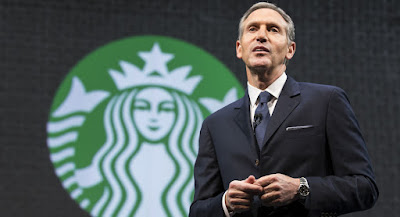 A recent entry at Wikipedia suggests… Schultz's proposed independent candidacy was widely condemned by Democrats who argued that Schultz's third-party candidacy would help to re-elect President Trump by splitting the vote of those opposed to the president. President Trump himself appeared to goad Schultz into running, tweeting that Schultz did not have the "guts." University of Virginia political scientist Larry Sabato said that Schultz's candidacy was likely to benefit Trump. In response to claims that his candidacy would benefit Trump, Schultz said… “Nobody wants to see Donald Trump removed from office more than me.”

Shultz is but one example of the incredible consequence of American Archons, within the public sector. South African-born American entrepreneur Elon Musk, founder of PayPal, is not only eclipsing (at least in notoriety) GM and Ford with his Tesla Motors... he is poised to replace the United States’ National Aeronautics and Space Administration with his Space-X venture, which launched a landmark commercial spacecraft in 2012. Mission to Mars, anyone? 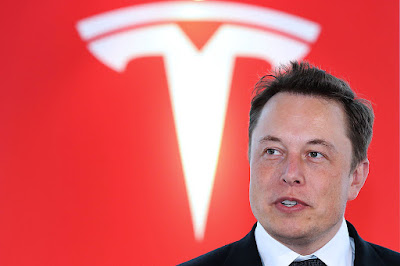 Entrepreneur and Dallas Mavericks owner, Mark Cuban is rumored to be considering a 2020 run for the presidency… as a republican candidate. In a recent Fox News interview, Cuban is quoted as saying… "I think there's a place for somebody who's socially a centrist but I'm very fiscally conservative." Could the Mav’s #1 fan give the Orange One a republican primary run for his money? We mean this quite literally, as the Trump Organization is reaping millions of dollars, while Trump himself remains vested, ignoring the Emoluments clause of the U.S. Constitution. 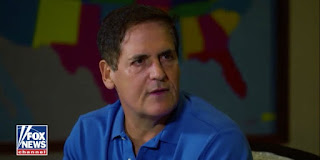 Incredulously, even everyone’s favorite adolescent American Archon… Facebook founder Mark Zuckerberg prompted speculation about his own presidential run, with a visit to Iowa this summer, though his potential political party is unclear. 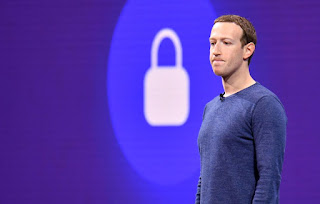 The American Archon list would not be complete without the inclusion of Amazon founder, Jeff Bezos. As with Musk, Bezos diversified off-world with his aerospace company, Blue Origin. Funny isn’t it, the shared fascination that the super-rich have with space flight? I guess once you reach the apex of terrestrial commerce, there is no place left to go but up and out. Does the term “Breakaway” mean anything to anybody?

With his acquisition of the Washington Post, Bezos assumed a “Citizen Cain” level of notoriety. Accordingly, accusations flew of a potential conflict of interest between Bezos and the paper. Bezos, along with the newspaper's editorial board, has dismissed these accusations, asserting that they uphold the paper's independence. Even as we speak, the infamous scandal tabloid, the National Enquirer is learning the hard way, not to mess with Bezos. 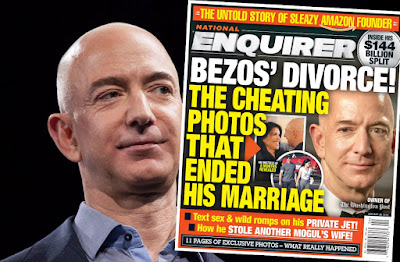 The takeaway of this Archonic trend is best described as, not only a trivialization of Democracy… but an “outsourcing” or Hollowing of Governmental capacity and legitimacy. The clear and present danger is obvious. Corporations and their arch-villain leaders are not motivated by the public good. They are beholden to their shareholders, who are not necessarily US citizens. Corporatocracy is incompatible with Democracy and consequently seeks dominion over it.

Some might say that the super-rich are philanthropists and aspire to give back… that they mean well and want to generously provide for the public good, through private means. The question is… do we trust these “Daddy Warbucks” to provide, even as their corporate interests seek to dismantle social safety nets and governmental oversight?

Corporatocracy seeks to destroy that which seeks to enforce oversight.

American Archons are loyal to and pursue the interests of their corporate ideology. They serve neither the public nor the Republic… they worship at the altar of Mammon. The recent Tax Reform boondoggle, sold to the American public as a middle-class tax cut, instead grotesquely benefited the super-rich and the corporations they control. It will burden taxpayers with at least $1.5 trillion more federal debt because instead of boosting tax revenues through increased economic activity as promised… it has caused a sharp drop in revenue.

“If the Government doesn’t trust the People, they should dissolve them, and elect a new People.”

Posted by Jack Heart at 2/18/2019 09:16:00 AM
Email ThisBlogThis!Share to TwitterShare to FacebookShare to Pinterest
Labels: Liberty, OP-ED, Politics

illuminati official said...
This comment has been removed by a blog administrator.
April 4, 2019 at 10:25 AM