The Return of the Archons Pt 1 Since the fall of Camelot, with the assassination of John F Kennedy, it appears that the caliber of those seeking public office… not only Presidential candidates, but Senatorial candidates, those seeking to serve in the House of Representatives, State, County, and local officials… has continued to degrade. Although it is a given that politicians have always been of questionable character, this became increasingly obvious, after the JFK coup. The question becomes, did the American political class suddenly devolve, or did the American public begin to “wise up” to the politician’s nefarious exploits?

As an optimist, I believe in and participate (as best I can) in an increasingly enlightened public. However, I also believe that our candidates, of late, have indeed “dumbed down.” Case in point… a B-actor turned politician from the 1960’s is considered (by the GOP) to be one of the greatest presidents that these United States of America has ever seen. This is a guy who was out-acted by a chimpanzee in the 1951 film: Bedtime for Bonzo!

Modern politics continue to be impactful to world populations, whether it represents the true powers that be, or it is merely smoke and mirrors… a subterfuge… a distraction by the master mages of power, designed to mask the true machinations of the PTB. Without media bashing, it is safe to assume significant disparity between what is presented to the public and what is really going down. Fortunately, we who seek unorthodox, esoteric information streams… have at our disposal supplementary, deeply intuitive means in which to navigate the treacherous waters of what may be overtly described as: Deep Politics.
We pay attention to the obscure… the occluded… even mythic and archetypal threads of information that help us gain a deeper, broader understanding of the hidden manipulators and their true intent. These occult information streams avail our awareness to other, non-corporeal shadowy forces at play…

Accordingly, in the erosion of modern political capability and ethical capacity, it may be insightful to draw the comparison between our times and those of biblical era religious and political rule, specifically the ancient Greek and Roman empires. As we shall see, the supposed fall of the Roman Empire may contain a much more meaningful, synchronistic connection to our time, than mere political analogy.

The entities in question, both historically (Greek) and esoterically (Gnostic) were potentates known as Archons. The word “Archon” is from the ancient Greek: ἄρχων arkhon; (pl. ἄρχοντες) that means “petty ruler” “prince” or “lord,” often used as the title of a specific public office. The word “Archon” is etymologically derived from the same root as the word monarch.

The Archons first rose to prominence during the Greek Archaic period, when the kings were being superseded by aristocrats. Originally there were nine Archons, overseeing civic, military, and religious affairs of State. Over time, this political system eroded as wealthy patrons assumed these roles, charged with organizing festivals by bringing together poets, playwrights and actors. Speaking of actors… this scenario… legislative and civic responsibility in the hands of increased corruption and incompetence sounds familiar, doesn’t it?

During the biblical era, the Greek’s successor in global political might was the Roman Empire. Drawing the parallel between our time and the fall of the Roman Empire is a conceptually easy target… however it is the spiritual, synchronistic impact of those times, overlaid with ours that is most intriguing. We pick up this mythic and archetypal thread of synchronistic information in the year 1974, CE… with the esoteric phenomena espoused by none-other than the brilliant SF writer, psychic, seer and pioneering syncho-mystic, Philip K Dick.

“I experienced an invasion of my mind by a transcendentally rational mind, as if I had been insane all my life and suddenly I had become sane.” 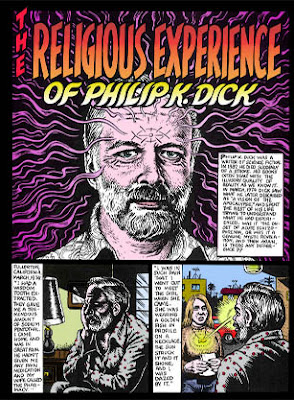 During February and March of 1974, Dick experienced a succession of hallucinations (discreetly referred to by Dick as: “2-3-74”). Dick described the initial hallucinations as geometric patterns, and… occasionally… brief pictures of Jesus and ancient Rome. As the hallucinations increased in length and frequency, Dick claimed he began to live two parallel lives, one as himself, and one as “Thomas,” a Christian persecuted by Romans in the first century AD.

His simultaneous time-slip experience of Biblical era Roman occupation superimposed over modern politics of the Nixon era… was summarized by his now-famous quote: The Empire Never Ended. In the ensuing years, this phrase has resonated with various esoteric-minded communities… those who would resist the Empire… to become a memetic symbol (read: code) of the ancient continuity of dark, fallen forces of the spiritual realm and their minions who corruptly oversee (or attempt to oversee) this material realm. In this mythology, these Archons… these petty rulers… pursue politically overt as well as spiritually covert domination.

The curious are encouraged to explore Dick’s “VALIS” trilogy, as well as his posthumously published and massive volume: “Exegesis.” Those of you familiar with Dick’s work can appreciate the neo-Gnostic quality of his vision. As you know, these “petty rulers” the Archons… were symbolically adopted within the esoteric cosmology of several archaic cults of the biblical era, today known collectively as “Gnostics.” Within the Gnostic cosmology of late antiquity, an Archon was the (code) name given to a servant of the Demiurge, the “creator god” of the Hebrews. In this cosmology, Archons approximate the role of biblical fallen angels, while their chief Archon, the Demiurge… was known to the Gnostics as “Jehovah” of the Old Testament. 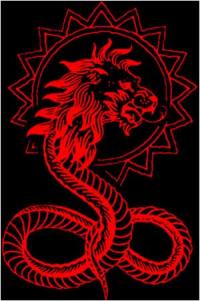 The symbolic, horrific beauty of the Demiurgic mythology is simply this: The Gnostics maintained that the jealous god of the bible… Jehovah… was insane. Their logic was brilliantly elegant… Only an insane, angry god would inflict such pain and misery upon the world.  As we see specific nightmare scenarios of socio-political travesty repeated over and over again throughout history, we can apply the famous definition of insanity to the Archonic powers…

Doing the same thing over and over again and expecting different results.

Not unlike the synchro-mystics of today, the Gnostics sought deeper, psychedelic information streams that crossed the boundary of logic, to embrace the intuitive. Their imaginative portrayal of Archons as both political figures and spiritual entities, allowed for multileveled, multifaceted interpretations of oppressive power. Thus the Archons could be at once a reference to worldly corrupt power… and spiritual fallen authority. It is this cosmological heresy that so angers the powers that be, then and now.

We moderns gain deeper insight into the workings of the world by understanding that the analogy of the Archons operates within multiple realms. We would do well to perceive the petty rulers as both a political statement and a spiritual expression. The Archonic power, as represented by an earthly petty ruler or politician… mirrors the Archonic power operating within more subtle spheres.

So as we witness the unfolding of the 2016 presidential campaign… one that can only be described as demented, depraved and devolved… we look for deeper meaning to the absurdity. We search for a perspective beyond political hijinks and twitter feeds. We do so because we know these more etheric forces adversely affect us, just as surely as political dim-wits do. As we watch a race to the bottom of the proverbial political barrel… we can appreciate the Gnostic perspective. As we experience the return of the Archons, we gain insight into the multi-faceted gambit being put into play... for the deceit of the Archons play out on many levels. The Empire Never Ended. 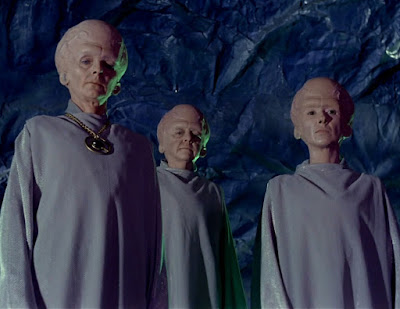 Make no mistake… this is a dangerous game that is a-foot. The powers operate and manipulate simultaneously on many planes of existence. This is as much a spiritual struggle as it is a political one... wheels within wheels. Much is at stake in the months and years to come. Stay tuned… for as we have said before… some crazy shit is about to go down!