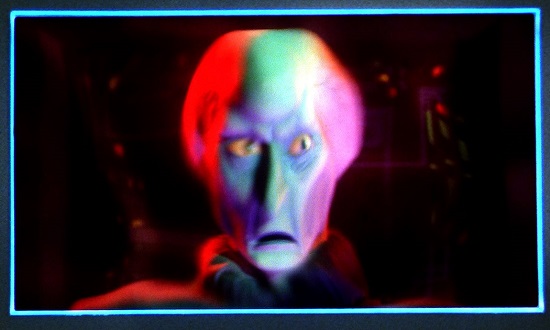 “We have a predator that came from the depths of the cosmos and took over the rule of our lives. Human beings are its prisoners. The predator is our lord and master. It has rendered us docile, helpless. If we want to protest, it suppresses our protest. If we want to act independently, it demands that we don't do so...”

- from “The Active Side of Infinity” by Carlos Castaneda

In Part one of the Return of the Archons series, we examined the Archon mythology from a political/historical perspective, drawing similarities between biblical era Archons, ie: bureaucrat or petty ruler… and the intellectual erosion of our contemporary politicians. We then explored the great science fiction author, Philip K Dick’s infamous 2-3-74 incident… accordingly, The Empire Never Ended.

In Part two, we then explored the ancient Gnostic mythology of spiritual, occult forces, impacting humanity. Within the ancient Gnostic writings, known as the Nag Hammadi Codices, a strange narrative emerged, correlating the Gnostic understanding of the Archons with Ancient Astronaut Theory, extra-terrestrial contact and modern ufology. Much of our researched Archon-as-extra-terrestrial material came from: metahistory.org and author John Lash.

Delving into Lash’s work, it soon became clear that he devoted much of his material to the correlation between ancient Gnostic mythology and the works of the granddaddy of armchair shamanism… the one and only Carlos Castaneda. What follows is our investigation into this intriguing theory… 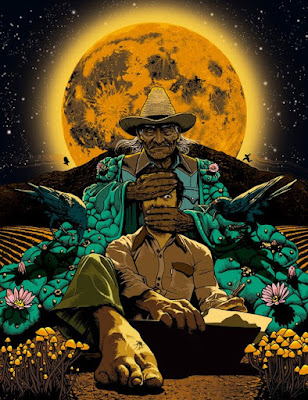 "In Castaneda's final book, The Active Side of Infinity (1998), Don Juan challenges Castaneda to reconcile man's intelligence with the stupidity of his systems of beliefs... the stupidity of his contradictory behavior. Don Juan relates this blatant contradiction in human intelligence to what he calls "the topic of topics," "the most serious topic in sorcery." This topic is predation. To the horrified astonishment of his apprentice, the elder sorcerer explains how the human mind has been infiltrated by an alien intelligence:

We have a predator that came from the depths of the cosmos and took over the rule of our lives. Human beings are its prisoners. The predator is our lord and master. It has rendered us docile, helpless. If we want to protest, it suppresses our protest. If we want to act independently, it demands that we don't do so... Sorcerers believe that the predators have given us our systems of beliefs, our ideas of good and evil, our social mores. They are the ones who set up our hopes and expectations and dreams of success or failure. They have given us covetousness, greed and cowardice. It is the predators who make us complacent and egomaniacal. 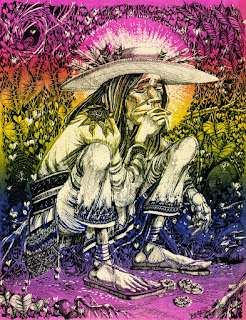 Lash goes on to correlate Castaneda’s “Flyer” predators with the Gnostic “Archons” whom he refers to as “Shadow Creatures.” He proposes many parallels, suggesting striking similarities between the Toltec Sorcerers Flyers, archaic Archons and modern depictions of so-called “Gray” (and reptilian) aliens.

Lash interpreted the Gnostic materials to suggest that humans possess a natural or “native mind” that is part of, and in tune with a perceived cosmic, universal intelligence. This “indigenous mind” has been co-opted by an invasive, predatory intelligence, or mental construct, perpetuated by the archons. This invasion is by means of the psychic or mental realm, as opposed to a metal-hulled attack-ship landing on Earth and spewing out (the Demiurge’s) invading minions.

Again, Lash contends that the Toltec sorcerers knew the archons as: “Flyers” and called this invasive mental construct the: “foreign installation.” Per the sorcerers, this divine invasion is nearly complete. However, the sorcerers: "found out that if they taxed the flyers' mind with inner silence, the foreign installation would flee, giving to any one of the practitioners involved in this maneuver the total certainty of the mind's foreign origin."

Per Lash: these predatory entities are said to "abduct souls by night," a precise description of modern ET abductions. The adept in the Mysteries learns to repel the Archons with magical formulas (mantras) and magical passes or gestures of power (mudras). In some texts, the encounter with the Archons is structured according to the system of "planetary spheres."

The adept who practices astral projection, lucid dreaming or "manipulations of the double" (as in Castaneda) is said to face the Archons in a kind of computer-game maze of seven levels, corresponding to the seven planets. At each level, the adept is unable to continue unless he confronts the "gatekeepers," using magical passes and words. 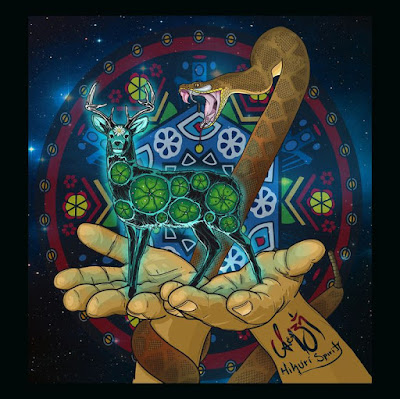 The archetypal format of the "journey through the planetary spheres" was well-known in antiquity, particularly in schools of Hermetics and Kabbalah. Lash compares the Gnostic ascent through the seven spheres with the raising of “kundalini” through the seven chakras in Indian yogic traditions. The correlation works especially well if we equate the "serpent worship" of certain Gnostic cults with Kundalini yoga practice (which may in turn be equated with "the fire from within" and the Plumed Serpent in several Castaneda books).

Finally, Lash speculates that: the Toltec sorcerers would also have been adepts of Kundalini yoga, cultivating "the fire from within." Their encounters with the flyers might not have been formalized into a seven-level test-game, but the same experiences are indicated in all three traditions: Toltec, yogic, and Gnostic. Gnostics believed that the force of Kundalini, or the ambient field generated by that force, served as protection from the Archons.

From Lash’s material, we would go on to speculate that by inference, Lash’s theory suggests that the ancient Toltec, Hindi and Gnostic mystics shared a common prehistoric mythology. This ties in conveniently with current ancient astronaut theory that contends a globally intact, pre-diluvian mother culture existed in our distant past. This mother culture is evidenced by the architectural similarity of prehistoric pyramidal structures, around the planet. 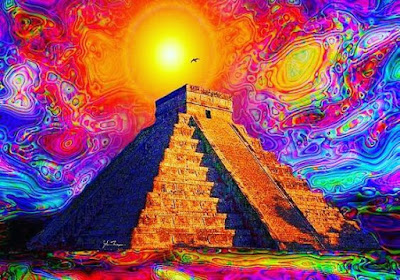 There is much more material, pertaining to this and similar mysteries, readily available for the intrepid psychonaut to explore on-line. If this topic is of interest, check out the materials at Metahistory, as well as materials found at Biblioteca Pleyades.

We leave you, dear intrepid psychonaut, with a modernized archon encounter scenario that has been adapted from Gnostic materials discovered within the Nag Hammadi Library… Whenever you are seized and you undergo mortal fear, perceived entities may turn on you, thinking they can capture you. And in particular, three entities will seize you… those who pose as toll collectors. Not only do they demand toll, but they take away souls by theft.

Now, when you come under their power, one of them, who is the overseer will say to you: "Who are you, and where are you from?"  You are then to say to him:  "I am a child of humanity and I am from the Source."

He will then say to you: "What sort of child are you, and to what Source do you belong?"  You are to say to him:  "I am from the pre-existent Source, and I am the offspring of the Source."

Then he will say to you:  "Why were you sent out from the Source?" Then you are to say to him:  "I came from the Pre-existent One so that I might behold those of my kind and those who are alien."

And he will say to you:  "What are these alien beings?"  You are to say to him: "They are not entirely alien, for they are from the Fallen Sophia, the female divinity (Mother Earth) who produced them when she brought the human race down from the Source, the realm of the Pre-Existent One. So they are not entirely alien, but they are our kin. They are indeed so because she who is their matrix, Sophia, is from the Source. At the same time they are alien because Sophia did not combine with her like in the Source (her divine male counterpart), when she produced them."

When he also says to you:  "Where will you go now?" You are to say to him:  "To the place when I came, the Source, there shall I return."

And if you respond in this manner, you will escape their attacks.