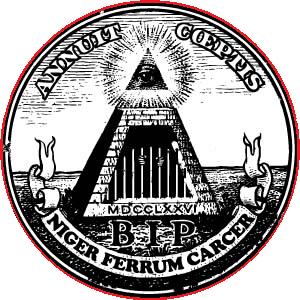 Did the essence of… the force or power behind what is commonly known as the “” survive its apparent demise in antiquity? Did the dark spirit of all that is empire, simply “go underground” as Nero watched burn? Did it go dormant, biding it’s time, only to reemerge time and time again throughout history? Did this force rise again to rekindle the fires of imperialism in step with the rise and fall of emerging nations? Is it with us today?

The expression or sentiment that “The Empire Never Ended” …along with the term “Black Iron Prison” …is no doubt familiar to connoisseurs of High Weirdness, as well as to fans of science fiction great, Philip K. Dick. However, there are many of us who have just come across these esoteric concepts. The fact that an introduction of these ideas is finding its way to a wider audience is somehow comforting.

One aspect of “The Empire Never Ended” suggests that since the dawn of time, a battle between primal powers has repeatedly, if not continuously, been waged upon our planet. These powers that have been locked in eternal conflict can be typified as the struggle between light and darkness. “The Empire” has come to be associated with aspects of the darker powers. More specifically, the Empire has come to represent the aspects of humanity that utilize and exploits greed, pride and fear (you can insert any of the 7 deadly sins here) …or worldly powers.

Within this context, the Empire and the equally enigmatic concept of the “Black Iron Prison” was eloquently expressed by the American novelist, Philip K. Dick (December 16, 1928 to ), back in the 1970’s and 80’s, to wit… 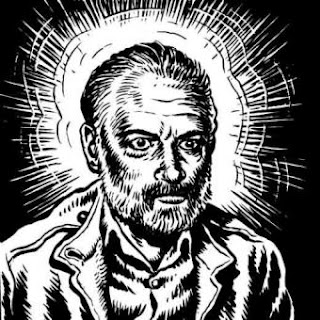 On , while recovering from the effects of sodium pentothal administered for the extraction of an impacted wisdom tooth, Dick received a home delivery of medication. When he opened the door, he was struck by the beauty of the delivery girl and was especially drawn to her golden necklace. He asked her about its curious fish-shaped design. "This is a sign used by the early Christians," she said. Dick recounted that as the sun glinted off the gold pendant, the reflection caused the generation of a "pink beam" that mesmerized him.


Dick came to believe the beam imparted wisdom and clairvoyance; he also believed it to be intelligent. In the ensuing weeks, Dick began experiencing strange hallucinations…

"I experienced an invasion of my mind by a transcendentally rational mind, as if I had been insane all my life and suddenly I had become sane."

From Wikipedia: Aside from the "pink beam", Dick described the vivid hallucinations as consisting of geometric patterns. Dick referred to the "transcendentally rational mind" as "Zebra", "God" and "VALIS". Dick wrote about the experiences, first in the semi-autobiographical novel Radio Free Albemuth and then in VALIS, The Divine Invasion and the unfinished The Owl in Daylight (known as the VALIS trilogy).

VALIS (Vast Active Living Intelligence System) has been described as one node of an artificial satellite network originating from the star Sirius in the Canis Major constellation. According to Dick, the Earth satellite used the "pink laser beams" to transfer information and project holograms on Earth and to facilitate communication between an extraterrestrial species and humanity. Dick claimed that VALIS used "disinhibiting stimuli" to communicate, using symbols to trigger recollection of intrinsic knowledge through the loss of amnesia, achieving gnosis.

Drawing directly from Platonism and Gnosticism, Dick wrote in his Exegesis: "We appear to be memory coils ( carriers capable of experience) in a computer-like thinking system which, although we have correctly recorded and stored thousands of years of experiential information, and each of us possesses somewhat different deposits from all the other life forms, there is a malfunction - a failure - of memory retrieval."

In the excerpts of the Exegesis reworked into the "Tractates Crytptica Scriptura" that closes the novel VALIS, Dick expresses the MIT computer scientist Edward Fredkin's view that the universe is composed of information. The world we experience is a hologram, "a hypostasis of information" that we, as nodes in the true Mind, process. "We hypostasize information into objects. Rearrangement of objects is change in the content of information. This is the language we have lost the ability to read." With this Adamic code scrambled, both ourselves and the world as we know it is "occluded," cut off from the brimming "Matrix" of cosmic information.

"Instead, we are under the sway of the "Black Iron Prison," Dick's terms for the demiurgic worldly forces of political tyranny and oppressive social control. is the eternal paragon of this "Empire," whose archetypal lineaments the feverish Dick recognized in the Nixon administration."

"The Black Iron Prison is a concept of an all-pervasive system of social control postulated in the Tractates Cryptica Scriptura, a summary of an unpublished Gnostic exegesis included in VALIS. The Empire is a psychological as well as a military state. It exists as a mental construct, as a psychopathic state of mind, as a system of control. It exists in all of us. All of us are infected with this thought-form virus. This is the true meaning of "The Empire." It's what Philip K Dick means when he says, The Empire Never Ended."

Further research on this most fascinating topic is highly encouraged. The newly acquainted can simply “google” the phrases “Black Iron Prison” or “The Empire Never Ended” …for hours of entertaining investigations into the realm of high weirdness. All of the works of Philip K. Dick are a highly recommended read. It is no coincidence that Dick’s vision has become increasingly popular within the film industry. Blade Runner (1982), Total Recall (1990 & 2012), Minority Report (2002), Paycheck (2003) The Adjustment Bureau (2011)… all explore facets of the Black Iron Prison phenomenon.

As awareness of the millennia-old “Empire Energy” continues to grow, fostered by the success of these films, a larger segment of the general population… wakes up to the horror that they too are prisoners within the Black Iron Prison. Occupy and Anonymous are but two real-world examples of the evolving resistance to our intangible incarceration. Ultimately, a “critical mass” or tipping point may be reached, where this nefarious Empire will no longer be able to hide in the shadow of obscurity. But until that day…

Are our souls imprisoned by a source on the dark side of the moon? Bread and a circus( most tv) will keep them wanting more of no-thing. Faux news to brain and soul dead human beings. As a priveledged species, beings of a human nature are squandering the time to live. PKD was often psychotic with an affinity with amphetimines. In lucid retrospection he saw thru the matrix, just like this web site. Shineforth brave souls. Dennis

Znore, over at Groupname for Grapejuice has some new and interesting things to say about PDK, et al…

I’m sure you already checked it out!

JP, what a fun time to synch! The Divine Invasion! The summit at the Greensprings is/was our time to explore the compassion that exists. What is key is your site, and the energy you give to it. We will explore this invasion and contemplate our existance, as well to shine forth! Man o mano! Dennis Harrison Igou/87.

illuminati official said...
This comment has been removed by a blog administrator.
April 4, 2019 at 10:32 AM