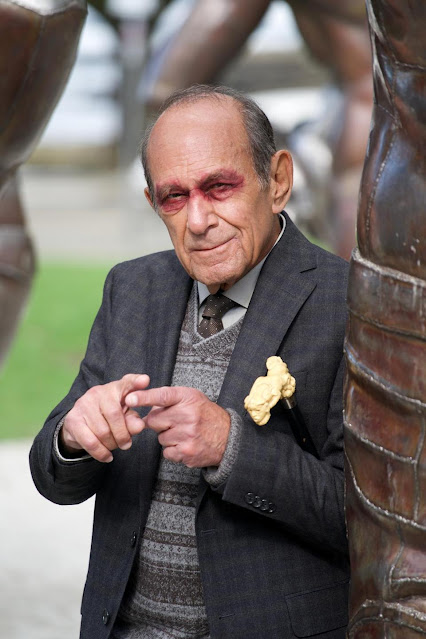 Well if it isn’t my old friend Garmr... you have been commenting hereabouts for years... and I am always glad to hear from you, but it’s kinda funny... whenever I try to picture you in my mind’s eye... you always seem to resemble the “Dr They” character from the X files... go figure!

Perhaps I need to work harder to project an image of youthful innocence. It is interesting, the line between reading a mindless collective psychology and believing you are directing it. I suppose it must be hard to understand it without being swept along with it in some way and with that comes the belief that it is your will you are seeing done. The first step into putting yourself into the mind of the borg is to adopt the thought, we are not the mindless drones, they are!

Garmr...
I think your wit and command of the written word has given me a vision of snarky wisdom. For what it’s worth, I see myself as a variation of Dr They... especially in light of a culture of youthful innocence. In my mind, there are worse connotations!

Any commentary on a dualistic, them & us perspective, runs the risk of becoming part of EMPIRE. It came with the territory when we were born into a dualistic, manifest universe. As PKD said... “To fight the Empire is to be infected by its derangement.” And yet this is the task. Even if one chooses the delusion that they can choose not to engage in favor of wry observations from the side-line. For in a manifest universe, one cannot separate the observer from the observed. Like most things here... a paradox.

If nature produces some people who are more suited to observing, then it is a chosen role of the empire to decide if such people conform to their plans or not. Generally, they are not.