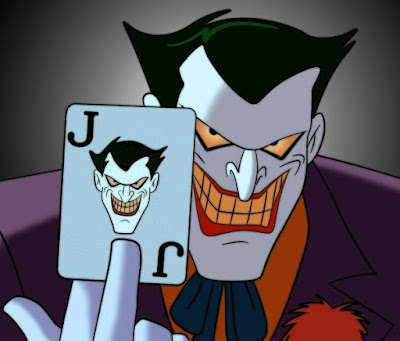 Here at the beginning of 2021 CE… the “business as usual” retrospective of the ill-omened year 2020, seems hopelessly inadequate. In such a fateful year of Pandemic, Partisan Politics, and Paradigm-Pulverizing Paranoia… a more essential, clear eyed-reflection is called for. One that assesses the quickening of High Strangeness that is now clearly the predominant “Modus Operandi” of our time.
Moments like this call for an authoritative pundit, a masterful expert of the High and the Strange to walk us through what we have just experienced over the last year. Alas, no punditry, no expertise exists for the crazy shenanigans we all just lived through. So in the absence of any such authority, I’ll take a stab at it.
As you recall, 2020 ominously began with assassination. Iranian major general Qasem Soleimani was assassinated in a targeted U.S. drone strike on January 3, 2020 in Baghdad. The strike was strongly condemned by Iranian government, as well as the U. N. and many nations world-wide. Hours after his burial on January 7, 2020, the Iranian military launched missiles against U.S. bases in Iraq. While no lives were lost in the second attack, the Pentagon reported that 110 U.S. troops were wounded as a result.
So opened 2020… a harbinger of things to come.
The Trump administration’s Middle East policy clearly favored despots. Trump has called Egypt’s leader, Abdel Fattah al-Sisi, his “favorite dictator.” His (Kushner’s) 2018 moving of the US embassy to Jerusalem all but doomed any humanitarian peace solution in the West Bank. 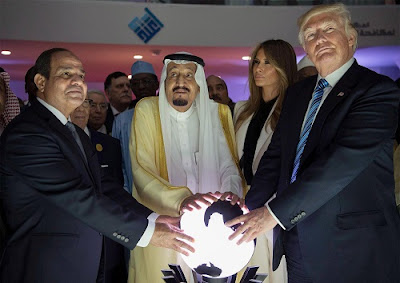 Trump’s un-holy alliance with Saudi Crown Prince Mohammed bin Salman has been in evidence since his inauguration in 2017. Since then, Trump has made arms sales to the Kingdom an integral part of his foreign policy, arguing they are necessary to counter the Iranian threat. This alliance is perhaps one of the most under-reported and most consequential stories of the Trump presidency.
Even as we speak, the Trump administration has approved another $290 million precision-guided bomb sale to Saudi Arabia, according to a notice to Congress. Pompeo’s State Department approved selling Saudi Arabia 3,000 Boeing-made GBU-39 Small Diameter Bomb I (SDB I) munitions and related equipment on Dec 29, 2020. This sale is in addition to a license the Trump administration recently moved forward with approving that would allow Raytheon to directly sell Saudi Arabia 7,500 of its Paveway air-to-ground “smart” bombs at an estimated value of $478 million.
Trump’s critics suggest that there is no coherent policy in the Middle East, other than the wielding of power for power’s sake. Power not applied is power waisted. They further argue that Trump’s entire foreign policy is one of strategic incoherence. One based more on whim and Alt-Reality fantasy. Over the course of 2020, we saw plenty of Alt-Reality bubbling up from the fringe. Although condoned by Trump, certain alt-reality scenarios were driven by nefarious actors, foreign and domestic.
Consequently, we saw the very tangible ramifications of targeted psychological operations, cumulatively known as Psy-Wars… playing out on cable and network news, as well as Twitter, Facebook & YouTube, and various other on-line sources. As we shall see, one of the most fascinating and illuminating facets of the Psy-Wars, was the proliferation and weaponization of Trump’s dooms-day cult, seemingly dormant beneath a cloud of coronavirus.
The first half of the year was overshadowed by the rise of COVID 19. Moving into the spring, the lowly medical safety mask became a street-tek necessity in our daily forays into our brave noö public spaces. As indicated in this post, it was oddly reassuring to see musicians, artists, and tiktok influencers looking good behind bejeweled safety masks. Immortal in their youth, the fearlessly hip asserted their fashion statement on the pandemic... and thus persona evolves… 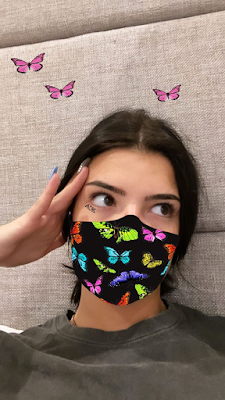 While the pandemic raged, another pandemonium was quietly incubating. Smoldering in the aftermath of the 2016 election cycle, festered by the pandemic, Q Anon was about to erupt. As you know, Q Anon or “Q” is a conspiracy theorist persona, alleging a secret war being waged by president Donald Trump and his supporters, against supposed "Deep State" pedophiles. Q’s precepts and vocabulary align with the cultic, religious concepts of apocalypticism.
In examining the Q phenomenon with my para-political colleague, Recluse… something even stranger emerged. On the heels of our speculation of the origins of Q… multiple news sources reported on Q’s apparent genesis, as an outgrowth of LARPs and alternate reality games, or ARGs. An ARG is an interactive, networked, gaming narrative that uses the real world as a platform and employs transmedia storytelling to deliver a story that may be altered by players' ideas or actions.
These reports confirmed Recluse’s suspicions that Q was spawned from a hijacked ARG known as Cicada 3301. More information on this, can be found here. The emerging significance of Q’s evolution out of alt reality games, sheds light on the evolving nature of Psy-Wars.
What we are dealing with, dear intrepid readers, are very real psychological operations that are initiated as fantasy… science fiction… seemingly innocent, on-line alt reality games. What starts as fantasy, begins to first influence, then modify… and ultimately supplant fact. In this way, fancifully targeted narratives begin to gain influence in the minds of many, so that, over time, people forget that these narratives are fiction. They essentially become reality, through the fertile imaginations of those who subscribe to the targeted narrative.
Q is a particularly successful example of such targeted fiction, replacing fact. The completely crazy fantasy of a world-wide cabal of baby eating, communist pedophiles… who all just so happen to be Democrats… has, as obviously incredulous as it sounds, become fact for those taken in by the Q psy-op. Importantly, Q is just one of the more insidious examples of how our modern culture is being pushed into a post-modern, post-truth paradigm. 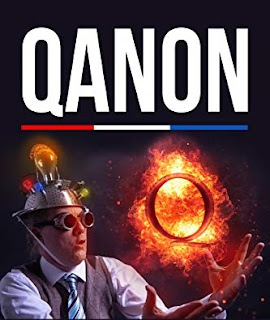 Now I am not saying that there isn’t some pretty evil goings-on in high places. I strongly suspect that power corrupts… especially within the political class. After all, these guys aren’t (didn’t start out as) super rich, but they want to be. Power once tasted, becomes very intoxicating. I also suspect such power not only corrupts, but it perverts, as well. Hence the vile rumors… you know the ones of which I speak.
But in recognizing these ARG fueled propaganda Psy-ops… we can begin to get a grip on just how susceptible we all are to disinformation campaigns. We can begin to understand how easy it is to be deceived. Don’t think, in your cynical recognition such trickery, that it couldn’t happen to you.
That is why we must not think harshly of our brothers and sisters taken in by the likes of the Q psy-op. It is now abundantly clear that a massive, well-planned disinformation campaign was launched and relentlessly executed, very specifically targeting the Alt-right. Those sympathetic to alt-right ideologies were identified as a segment of the population who could be coerced into acting against their own best interests… against the principles of democracy… to the brink of sedition. But to what end?
These coordinated psy-ops are very sophisticated. Whoever initiated them is playing the long game. They have been quietly at it, for a long time… patiently planting the seeds of disinformation. Just who these actors are, and what their ultimate intent is… at least to me… is unclear. I have my suspicions, but the fog of Psy-War obscures my view. 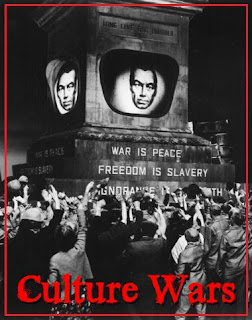 What is clear to me, is this is the new battlefield… the new theater of operations in a global Psy-War. Nefarious actors have, for the last decade, been utilizing fantasy LARPs and actively manipulating ARGs to impact, even change consensual reality. As unsettling as Q is (who will likely be around, continuing it’s/their influence for some time to come), Q is merely one example of the new theater of operations. This is the state of play we find ourselves in.
In our musings, Recluse and I recognized another influence on the current state of play. We looked at the pioneers of reality hacking… namely, Robert Anton Wilson and Bob Shea, whose madcap “Illuminatus!” brilliantly foresaw our post-modern, designer-reality world. Their prophecy popularly took the form of Operation MindFuck.
The readers of this blog are well-aware of Operation MindFuck, and it’s origins as an a-political revolutionary prank. I strongly suspect that you, dear intrepid reader, have also read “Illuminatus!” as well as other instruction manuals, such as the “Principia Discordia,” the works of Philip K Dick, etc. As such, you are well-equipped to navigate the current state of play of our post-reality world.
In your investigations into the High Strangeness of our brave noö world, you have, no doubt crossed the threshold of Chapel Perilous… and found your way to its far side. In these crazy, upside-down times, you are the authoritative pundit, the masterful expert of the High and the Strange, that is so desperately needed.
So be patient with those who are just now coming to the realization that our world has irreparably changed… for the weirder. In addition to the shock of the pandemic and its associated political and economic fallout, most of our fellow citizenry have suffered the additional future-shock of a forever changed world. Stay calm and exit the matrix... your expertise will be needed. Your contribution to our transformation will be invaluable in helping others realize that, in this brave noö world: Reality is what you can get away with.
- J ♥ 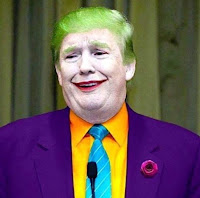 With psy war ordinance you see the bullets heading for other people and wonder how anyone could be so dumb as to not dodge them like Neo. But you never see the one aimed at you.

Gnostic, understanding, compassion, respect for the beautiful earth, what is wrong about peace, love, and understanding? Take that armor off your heart and let goodness and joy be your master. To shine forth is key! 87

Boom, Shiva! In the snarky, zen tradition, a well aimed psy-bullet is the sound of one hand clapping... upside your head!

Always good to hear from you Garmr, may the new year shine on you and yours!

Let your words be the mantra for 2021! Shine forth yourself, and see how you like it!

Been told that I've something in common with Ganesha but that might just be the ears and not the being decapitated by Shiva thing. Anyway, new years blessings. May the pirate king look kindly on you all and break your chains.