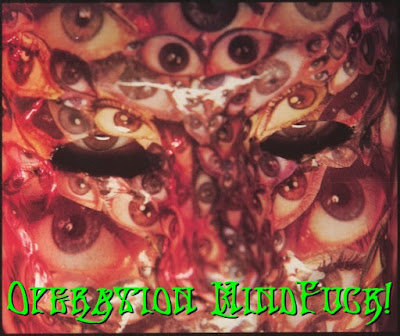 Breaking News: The Farm podcast episode (mentioned below) w/ Recluse, John Brisson and yours truly, is now live. We have embedded the episode at the bottom of this post. We now return you to your regularly scheduled blog...

There has been significant press coverage, of late… published by significant sources, digging into what has been (until lately) a very obscure subject. It is with a deep sense of incredulity that I find myself posting… yet again… on the culture-jamming phenomenon known as Operation MindFuck! OM! has been a fun topic in these parts, for years. But to see this esoteric curiosity the subject of an in-depth expose in the Financial Times of London, as well as other websites (see footnotes below) in apparent reaction to the FT report… is astounding.

The discerning, regular readers of this blog are well aware of the OM! psy-op. For those of you less familiar with the subject, a very good source for the history of OM! can be found in Erik Davis’s new book: High Weirdness… in his section on Robert Anton Wilson. For the sake of this conversation… a quick recap is in order…

Operation MindFuck! allegedly began as a Discordian prank with a beatnik named Kerry Wendell Thornley, in his letters to Robert Anton Wilson. The gist of the prank was to start a rumor, in the “letters to the editor” page of Playboy magazine, that a vast conspiracy existed, and controlled much of the nefarious happenings of the 1960’s and beyond. The perpetrators of this conspiracy, were none-other than the rascally Illuminati.

Wilson promptly incorporated Operation MindFuck! (as part of the prank) in the grand, conspiracy infused, ontological masterpiece: Illuminatus!… which Wilson co-wrote with Bob Shea. It was with the publication of this trilogy that the OM! mindvirus was exposed to a wider audience. Heads and Hackers alike, were turned on to the OM! culture-jamming concept during the 70’s and 80’s. 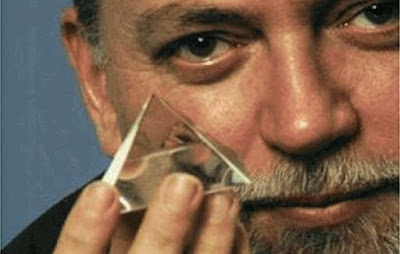 As with all things in our Discordian Universe, OM! Is imbued with dualistic, yin/yang properties. And as all good discordians know, universal duality manifests as an eternal dance between the two primal forces of humorousness and seriousness. This is important to bear in mind, as within the cultural sphere, OM! has a Left or Right political flavor to it, depending upon how it is evoked.

The Left-leaning OM! displays characteristics of what the Discordian historian Adam Gorightly defines as: “sowing the seeds of chaos as a means of achieving a higher state of awareness.” In his book: High Weirdness, Davis suggests that… “in this light, the Discordian prank was also an instrument of expanded consciousness, a stinging stick wielded by American Zen scalawags who wanted to expose the “thermoplastic” nature of reality. The mindfuck was not just an epiphany, however. It was also an invitation. Discordian pranks gestured towards a separate reality that lay just next door, a plane of possibility whose existence depended, at least in part, on the collaborative game of staging it in the first place.”

This OM! of the Left, proceeds from the humorous aspect of manifest universe. This is the mischievous,  playful side of reality that inspired such “happenings” as the Diggers, the Youth International Party, better known as Yippies, and of course Ken Kesey and his Merry Pranksters. These cabals of craziness arose in the era of Thornley and Wilson’s prank, and helped shape the Left’s “culture jammer” operations, that are in play today.

The Right-leaning OM! displays more somber characteristics, of what Davis portrays as: “A dark side to the mindfuck… something few would deny in the era of 4chan, gaslighting and alt.right meme magic. In a sense, the word simply intensifies the troubling ambiguities already carried by the term fuck, which can signify selfish pleasure, transgression, anger, degradation, and manipulation.  These excesses feed into what the philosopher Colin McGinn argues is the dominant contemporary sense of mindfuck: the manipulative use of dishonest means to mess with people's psyches in an aggressive, even violent fashion.”

This OM! of the Right, proceeds from the serious aspect of manifest universe. This is the harsh side of reality, an approach taken by the CIA and the FBI’s COINTELPRO black-op, back in the day… where agents infiltrated student-led groups in the sixties, to spy and spread disinformation. This is the form of OM! that has soberly evolved and has so successfully driven the Alt-Right movement of today.

So this is the dichotomy of Operation MindFuck! It can be playful… or damn serious. Both the Left and Right aspects of OM! continue to mutate in interesting ways, in our socially mediated, Tic Toc world. Pranksters of today continue to have fun with it, while those with Alt-Right ideologies continue to stew. Which brings us back to the Discordian world view of the humorous vs the serious. In the oft-quoted words of the great American prankster, Wavy Gravy: "Keep your sense of humor, my friend… if you don't have a sense of humor... it just isn't funny anymore."

In coming full circle, Operation MindFuck! is back in the news. I had reported on the strange synchronicities of the FT report in the post: Is QAnon a LARP gone wrong? That post provides more background on the strange happenings of OM! In regard to my and Recluse’s collaboration on the topic. I joined Recluse and John Brisson, from “We’ve Read the Documents” fame, for a roundtable discussion on the aftermath of the FT report. Between the three of us, there is much more perspective on what John has called the “Right side of the Pyramid” as well as more history of Operation MindFuck!

Appropriately, Recluse is going to drop this interview on November, the 23rd… in honor of Robert Anton Wilson and the 23 enigma. Our interview will be published on Recluse’s podcast: The Farm. So mark your calendars, friends and neighbors, for November 23... and stay tuned, dear intrepid observers of the fringe… stay tuned! 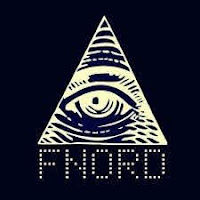 "Now it is possible to see that the collapse of our common life has impoverished private life as well. It has freed the imagination from external constraints but exposed it more directly than before to the tyranny of inner compulsions and anxieties. Fantasy ceases to be liberating when it frees itself from the checks imposed by practical experience of the world." - Christopher Lasch - The Minimal Self

The problem with an "operation mindfuck" to test the plastic limit of reality is the horror of finding out there is no plastic limit. Your reality stretches and bends forever to make room for your fantasy. All your small neurotic mental parasites projected back to you, now the size of titans. Magic, fear and superstition. This is the Curse of the Mekons.

So you want to know when it stops being funny?

It's Frank at Merovee.

About the FT and your mirror discussion. One of the Stranger Things we've picked up on Merovee is that the regulars on the site and what we do is somehow mirrored out in the media. In movies, news, music, royal families, politicians, history and all sorts.

It seems to be at another level than surface synchronicity. It would appear to be a mirror or kaleidoscope of who we are and what we do and I see your discussion in the same light and somehow it gets reflected in the FT. It's a very weird world.

Hope it is not too late to comment on this today. Have any on this network noticed the bizarre attempts to merge Q Anon with alien UFO disclosure? Why does Dr. Michael Salla have a collection of Q Anon articles on exopolitics.org? Look at what MJ Banias and Jason Colavito wrote about Q Anon.
http://forum-alien-facts.com/index.php?p=/discussion/58/corey-goode-and-david-wilcock-take-peoples-money
Looking forward to the interview!

Garmr... It never stops being funny... but is it funny ha-ha or?

My last post merely dealt with the political OM! ...OM! gets deeper and weirder, elsewhere. A particularly strange version of synchronicity... the more you examine it, the weirder it gets.

Per your experiences at Merovee... your readership conjures the reflection. In our line of interest, this gets exceedingly strange, rather quickly.

I have heard some rumblings along those lines. I know David Wilcox has been into the Q narrative...

Funny? In the end I have the autonomy to just be bored, or react any other way I please. I hear no strong commanding voice of the Monad telling me to be amused. Pranksters are tyrants in the end. Laugh when I tell you to laugh or the punishments will increase!

But it was only a fantasy
The wall was too high as you can see
No matter how he tried he could not break free
And the worms ate into his brain.