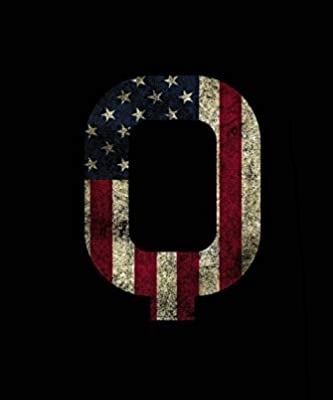 There has been “much ado” of late, as to the evil exploits and maniacal misadventures of that rascally enigma of the Alt-Right… Q Anon. As the clock ticks down on the 2020 Presidential elections, and riding high on pandemic fear-mongering, Q Anon appears to be ascending to unlikely-yet significant political heights. Simply put, Q Anon or “Q” is a conspiracy theorist persona, alleging a secret plot by the so-called "Deep State" against President Donald Trump and his supporters.
As many of you know, Q as an entity or entities, first appeared on the anonymous imageboard website: 4-chan, back in 2017. From this obscure beginning, the Q transmissions have virally expanded across social media. Within the mythology, Q is said to possess a Q level security clearance (a Dept of Energy security clearance that allows access to top-secret or otherwise restricted information) within the Trump administration. 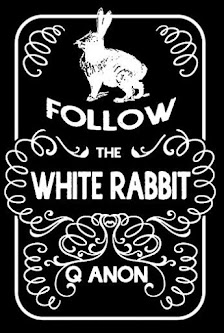 In those early Q transmissions, he/she/they gained notoriety by posting the ominously titled: “The Calm Before the Storm” thread on 4-chan. The trigger phrase "The Storm" has since come to refer to an imminent event when thousands of alleged “Deep State” suspects will be arrested, imprisoned and executed. Q has since accused many liberal Hollywood actors, Democratic politicians, and other high-ranking, progressive officials of being members of an international child sex trafficking ring. Remarkably, these are not nearly the most scandalous accusations.
In addition to “The Storm” conspiracy moniker, Q and their devotees utilize other phrases or code-words, such as WWG1WGA (where we go 1, we go all) and “The Great Awakening” to cryptically identify their faith in their Q messiah. Currently, the number of Q  disciples is unknown, but they enjoy a large presence on social media, particularly Twitter. On June 24, 2020, Q exhorted followers to take a "digital soldiers oath", and many did (apparently including General Michael Flynn), using the Twitter hashtag: TakeTheOath.
Now that multiple political candidates (including Marjorie Taylor Greene, an avowed Q Anon sympathizer who won the primary election in Georgia's solidly Republican 14th Congressional District), are ascending the political ladder,  it appears increasingly likely that Q disciples will walk the halls of Congress this fall.
I know what you are thinking... You are thinking: Wasn’t Q the head of "Q Branch" ...the R & D division of agent 007 James Bond’s British Secret Service? Didn’t Q give Bond all his cool gadgets? And didn’t Bond battle SPECTRE, the worldwide cabal of Satan-worshiping pedophiles who rule the world?
Naw… that’s crazy. That is just a plot out of some pulp spy thriller…
Although (the allegedly real) Q has been on the Tek-Gnostics cult-watch radar for some time, we first commented on the Q phenomenon (phenomena?) in March of 2018, in an appropriately titled post: Follow the White Rabbit. In a November, 2019 we followed up our reporting, with a brief entry in a more poignant post, titled:  “Occult Origins of Nazism.” As we indicated in that post… and very much like the darkest aspects of Nazism… the Q phenomenon is harnessing the dark-side of the occult.
Upon closer examination of Q’s "digital soldiers oath" …it appears as though the oath is an attempt to recruit and organize "digital warriors" for the political and social apocalypse that the followers of Q have been led to believe is coming. Tellingly, Q’s precepts and vocabulary are closely related to the cultic, religious concepts of millenarianism and apocalypticism, which technically categorizes the Q movement as an emerging, quasi-religious, Doomsday Cult.
Millenarianism (from Latin mīllēnārius: containing a thousand), is the belief by a religious, social, or political group in a coming fundamental transformation of society, after which "all things will be changed." Such movements believe in looming, radical changes to society, expedited after a major cataclysm or transformative event. Many (if not all) millenarian groups claim that the current society and its rulers are corrupt, unjust, or downright evil, and that they will soon be destroyed by a powerful force. The harmful nature of the status quo is considered intolerable without the anticipated dramatic change.
Q-ism mirrors classic Millenarianism structure, with three periods in which change might occur. First, the elect members of the movement will be increasingly oppressed, leading to the second period in which the movement resists the oppression. The third period brings about a new utopian age, liberating the members of the movement… the Great Awakening. 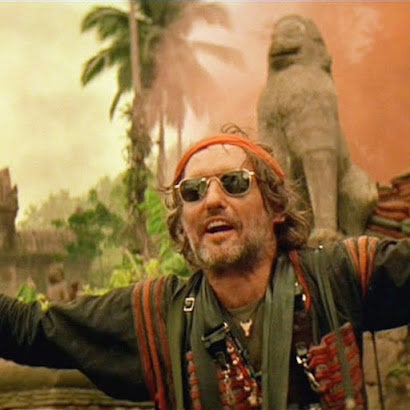 As we have reported in past posts, Millenarian ideologies or cultic sects such as Q, often appear in populations who feel they are being oppressed, with examples such as the 19th-century Ghost Dance movement among Native Americans, and the 19th and 20th-century cargo cults among isolated Pacific Islanders.
In alignment, Apocalypticism is the religious belief that an apocalypse (a term which originally referred to a revelation), or end of the world is imminent… even within one's own lifetime. This belief is usually accompanied by the idea that civilization will soon come to a tumultuous end due to some sort of catastrophic global event.
Such views and movements often focus on cryptic revelations about a sudden, dramatic, and cataclysmic intervention of God… the judgment of all men… the salvation of the faithful elect, and the eventual rule of the elect with God in a renewed heaven and earth.
Q’s messaging is no different, also employing cryptic revelations and transmissions. Q uses Socratic method (asking questions to make the reader arrive at their own conclusion) in the attempt to expose the truth. For obvious reasons, Q posts do not give explicit details, having wrongly predicted such events as Hillary Clinton’s 2016 arrest, and the 2018 suggestion that German Chancellor Angela Merkel is the granddaughter of Adolf Hitler.
Predictably, Q later dismissed his/her/their false claims and incorrect predictions as willful misinformation… claiming that "disinformation" is necessary. Q's posts have since become more cryptic and vague, allowing followers to map their own beliefs onto them.
Q’s “Great Awakening” smacks of other apocalyptic jargon used to inspire or provoke the faithful. The Storm is coming… just be patient. The problem with such jargon is that the followers of Q… armed to the teeth… will sooner or later apply the motto: patience my ass… I’m gonna kill something! And herein is the danger in this or any other doomsday cult. 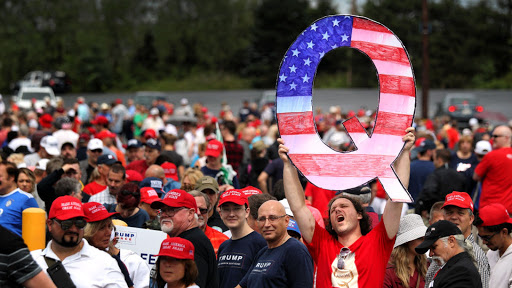 As for the Q phenomenon itself… if anything, it is a grand, alt-right mindfuck. A phantasmagoric, fever-dream creation of some entitled, far-right-wing official… possibly within the Trump administration (but likely not) who is under the delusion that he/she/it has been disenfranchised by the ethnic hoards invading our country. The resulting alt-right mindfuck prank, took on a life of its own, inspiring other self-deluded and self-tortured souls to believe that they too have been disenfranchised by the “Deep State.”
So all you progressive peaceniks out there, beware! The Legions of Q are coming! and they are well armed!
As for us... we at Tek-Gnostics continue to hold to the original understanding of the word Apocalypse... "A steady increase of light, [through which] darkness is made to disappear... or in which iniquity dissolves... and just as the smoke rising into the air... [the darkness] eventually dissipates."
Posted by Jack Heart at 8/24/2020 09:44:00 AM
Email ThisBlogThis!Share to TwitterShare to FacebookShare to Pinterest
Labels: Apocalypse, Eschaton, High Weirdness, MindF#@k!, Mythology, Politics

I'm often drawn towards, well, nonheterodox material and generally find that I mirror whatever energy I'm receiving back. To me Apocalypse can be anything you want, at the moment, but my own opinions may not be so exciting.

The Q energy I never wanted to get into or mirror in any way. I feel that it might be against my sacred covenant to do anything more than condemn the movement from a safe distance. I urge people to look more closely at the moral standards of the people who feed the flames and their motives. Who benefits from muddying the water?

Well spoken. I struggled with whether or not to even do a post on Q ...especially with all the press Q has received. I didn't want to feed the demon, so to speak. In this day and age, it is difficult to calculate what a safe distance is.

In the end, I hazarded weighing in on the dark aspects of this or any dooms-day cult. The rise of Q seems to represent the darker aspect of our modern pandemic/conspiracy culture where Alt facts work just as well as good old-fashioned ordinary facts.

I must confess that I like Ian Fleming's Q much better! - JH

QuackAnon seem to be similar to the Borg of the sci-fi teevee series ST-TNG. From browsing their Twitter profiles, most appear to be evangelicals/xtian extremists who believe that tRump was sent by God to be their political/spiritual Messiah who will be their means of subjugating the "heathen" Left and imprisoning, if not executing the so-called "Deep State" and Democratic leadership.


As an offside, its too bad that nowadays I must include so many protections on my browsers just to cleanly browse websites which have first and third party trackers, fingerprinters, miners, javascript bugs and spiders lurking within. I don't use a VPN, but am considering proxies as an added defense. Until then, I change browsers often so to evade long term tracking.