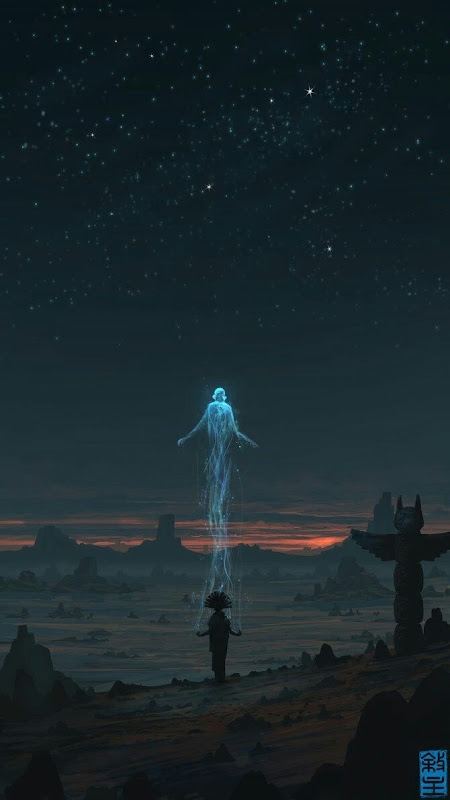 Our modern (Western) capitalist societies became dominator/predator cultures as a result of European invaders’ plundering the indigenous cultures in the Americas from the 16th to the 19th centuries. Having successfully occupied the Americas, these predator cultures further exploited their policy of genocide through the barbaric use of African slaves as a workforce to replace the natives. The numbers of those natives fell by more than 90 percent because of smallpox and other plagues they hadn’t had before. The Spaniards did not conquer any of the major societies until smallpox had crippled them; in fact the Aztecs beat them the first time around. 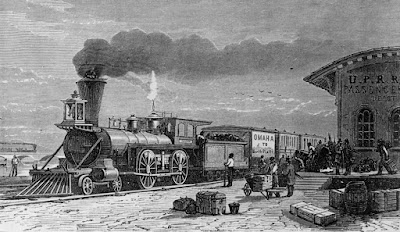 The experience of a relatively easy 500 years of expansion and colonization, the constant taking over of new lands, led to the modern capitalist myth that you can expand forever. It is an absurd myth. We live on this planet. We can’t leave it and go somewhere else. We have to bring our economies and demands on nature within natural, sustainable limits. But we have had a 500-year run where Europeans, Euro-Americans and other colonists have overrun the world and taken it over. This anomalous, 500-year run made it not only seem easy but normal. We believe things will always get bigger and better.

We have to understand that this long period of expansion and prosperity was indeed an anomaly. It has rarely happened in history and will never happen again. We have to readjust our entire civilization to live in a finite world.

But we are not doing it, because we are carrying far too much baggage, too many mythical versions of deliberately distorted history and a deeply ingrained feeling that what being modern is all about... is having more. This is what anthropologists call an ideological pathology, a self-destructive belief that causes societies to crash and burn. These societies go on doing things that are “really stupid” because they can’t change their way of thinking. And that is where we are.

And as the collapse becomes palpable, if human history is any guide, we… like past societies in distress… will retreat into what anthropologists call “crisis cults.” The powerlessness we will feel in the face of ecological and economic chaos will unleash further collective delusions, such as fundamentalist belief in a god or gods who will come back to earth and save us.

Societies in collapse often fall prey to the belief that if certain rituals are performed... all the bad shit will go away. There are many examples of that throughout history. In the past, these crisis cults took hold among people who had been colonized, attacked and slaughtered by outsiders, who had lost control of their lives. Similar to Cargo Cults, believers see in these rituals the ability to bring back the past world, which they look at as a kind of paradise. They seek to return to the way things were. Crisis cults spread rapidly among Native American societies in the 19th century, when the buffalo and the Indians were being slaughtered by repeating rifles and finally machine guns. The First Peoples came to believe that if they performed the right rituals, the modern world that was intolerable… the barbed wire, the railways, the white man, the machine gun… would disappear. 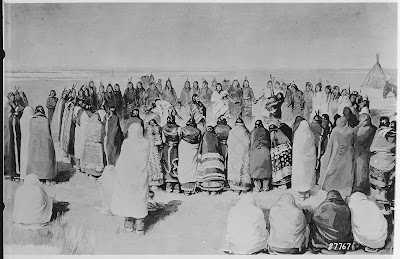 This famous example of a “crisis cult” ...was known as the Ghost Dance.

The Ghost Dance (Nanissáanah) was a religious movement incorporated into numerous American Indian belief systems. According to the teachings of the Northern Paiute spiritual leader Wovoka, proper practice of the dance would reunite the living with spirits of the dead, bring the spirits of the dead to fight on their behalf, make the white colonists leave, and bring peace, prosperity, and unity to the First Peoples throughout the region.

The basis for the Ghost Dance, the circle dance, is a traditional form that has been used by many Native American peoples since prehistoric times, but this new ceremony was first practiced among the Nevada Northern Paiute in 1889. The practice swept throughout much of the Western United States, quickly reaching areas of California and Oklahoma. As the Ghost Dance spread from its original source, Indian tribes synthesized selective aspects of the ritual with their own beliefs. 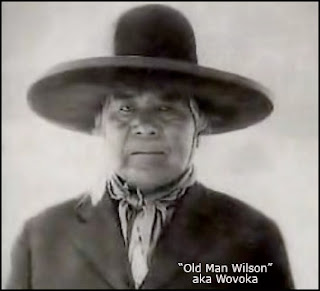 The Ghost Dance was associated with Wovoka's prophecy of an end to white expansion while preaching goals of clean living, an honest life, and cross-cultural cooperation by Indians. The practice of the Ghost Dance movement was believed to have contributed to Lakota resistance to assimilation under the Dawes Act. In the Wounded Knee Massacre in December 1890, United States Army forces killed at least 153 Miniconjou and Hunkpapa from the Lakota people. The Lakota variation on the Ghost Dance tended towards millenarianism, an innovation that distinguished the Lakota interpretation from Wovoka's original teachings. The Caddo still practice the Ghost Dance today.

We all have the same, basic psychological hard wiring. It makes us quite bad at long-range planning and leads us to cling to irrational delusions when faced with a serious threat. Look at the Alt Right’s belief that if government got out of the way, the lost paradise of the 1950s would return. Look at the way we are letting oil and gas exploration rip when we know that expanding the carbon economy is suicidal for our children and grandchildren. The results of which can already be felt.

In our refusal to adequately address climate change, are we going down the road of crisis cults?
The veneer of Civilization is thin. When it gets to the point where large parts of the Earth experience crop failure at the same time… when whole populations are forced to migrate as a result… then we are at obvious risk of mass starvation and societal breakdown on a global scale. That is what lies ahead if we do not deal with climate change. If we fail in this great experiment, this experiment of “problematic primates” becoming intelligent enough to take charge of their own destiny, Mother Nature will shrug and say it was fun for a while to let the domesticated primates run the laboratory… but in the end it was a bad idea.

- Inspired & adapted from “The Myth of Human Progress” by Chris Hedges