Strange Transmissions from the Plant Kingdom 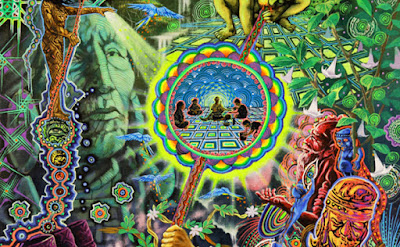 Back in October of 2013, I posted a weblog entry called: Psychedelic Diplomacy within the Plant Kingdom. This post was a brief review and excerpt from Paul Devereux’s book: The Long Trip: A Prehistory of Psychedelia. Here is a short passage from that entry, were Devereux explores the ever-deepening social unease that Western Civ has with psychedelia…


“Perhaps only a shock of some kind could break our society free from the patterns of thought and prejudices that lock it into this crisis. The desire for such a shock may be hidden within the widespread modern myth of extra-terrestrial intervention. In fact, we do not have to look to science fiction for a real otherworld contact: it already exists in the form of plant hallucinogens. If we see them in the context of a 'problem', it is only because they hold up a mirror in which we see our spiritual, social and mental condition reflected. And they hold that mirror up to us as one species to another just as surely as if they were from another planet.”
- Paul Devereux

Here Devereux succinctly analogizes the separate-yet-interconnected realities of extra-terrestrial contact and the psychedelic experience. Perhaps facets of the same gem?

Back in February, the intrepid Tek-Gnostics Media team traveled to the “City of Angles” aka: Los Angeles, California for the annual Conscious Life Expo. We were there on business, which included marketing “The Tek-Gnostics Heresies.” Our understanding of “business” also includes networking with the strange and wonderful people who attend such gatherings, and learning/educating ourselves through those who present or participate in panel discussions at such gatherings.

One of my aspirations for this event was to attend the lecture by ethnopharmacologist and research pharmacognosist Dennis McKenna, Ph.D., titled: Waking up the Monkeys: Plant Teachers and the Rediscovery of Nature. As many of you know, Dennis McKenna is the surviving brother of dearly departed author and psychedelic rabble-rouser, Terence McKenna. The brothers McKenna were infamized in Terence’s book: True Hallucinations. 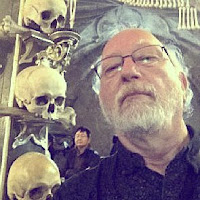 The subject matter of Dr McKenna’s lecture was the ways and means by which the plant kingdom communicates with the animal kingdom… specifically, a particularly successful and tenacious hominid: Homo Sapiens. Here is a brief description of his lecture…

The human species is an anomaly in nature. Our hypertrophied brains have made us highly linguistic, immensely creative, and enormously clever but we also devalue Nature. This disjunct has created problems for us as a species and for the entire biospheric community. We are ‘problematic primates,’ systematically sabotaging the very homeostatic feedback mechanisms that stabilize the bio-sphere and maintain conditions optimal for life. The plant teachers… psychedelic plants and fungi… are desperately trying to wake up the ‘problematic primates.’ Human evolution, particularly cognitive evolution, has been greatly inuenced at critical historical and evolutionary junctures by the ‘plant teachers’ and they continue to help us restore our proper role as intelligent symbionts with all life on Earth.

Dr McKenna’s thesis suggests that plants communicate via the chemical transmitters they produce, whether it be noxious or poisonous “warnings” that are toxic or otherwise unpleasant to domesticated primates, or sweet and flowery “enticements” that induce the hominids to “come hither” by virtue of their aroma or taste. But of course, being a McKenna, his interest was in psychoactive plants that communicate via powerful neurotransmitter molecules that are structural analogs of serotonin. This interaction between plant and hominid, communicates via the psychedelic experience. It avails us to, or acts as a catalyst to the psychedelic realm. 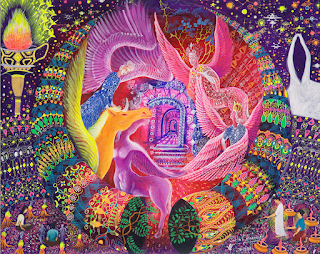 “Although we have no certain answers, the question of the nature and meaning of the relationship between humanity and this visionary vine, and by extension with the entire universe of plant teachers, persistently troubles us. Why should plants contain alkaloids that are close analogs of our own neurotransmitters, and that enable them to “talk” to us? What “message” are they trying to convey, if any? Was it purely happenstance, purely accident that led some early, experiment-minded shaman to combine the ayahuasca vine and the chacruna leaf, to make the tea that raised the curtain on the “invisible landscape” for the first time? It seems unlikely, since neither of the key ingredients are particularly inviting as food, and yet what else could it have been? The ayahuasqueros themselves will simply tell you that “the vine calls.” Others, trying to be more sophisticated and rational, but proffering no more satisfying explanation, will talk about plant alkaloids as interspecies pheromonal messengers and as carriers of sensoritropic cues that enabled early humans to select and utilize the biodynamic plants in their environment.

Still others, such as my brother Terence McKenna and I in our early work, and a more recent reformulation of a similar theory by anthropologist Jeremy Narby (McKenna and McKenna 1975; Narby 1998), argue that by some as yet obscure mechanism, the visionary experiences afforded by plants such as ayahuasca give us an insight… an intuitive understanding… of the molecular bedrock of biological being, and that this intuitive knowledge, only now being revealed to the scientific worldview by the crude methods of molecular biology, has always been available as direct experience to shamans and seers with the courage to forge symbiotic bonds with our mute but infinitely older and wiser plant allies.”

The curious are encouraged to research the work of both Paul Devereux and the brothers McKenna. Their work serves as a foundational introduction to a phenomenon that has the ability to transform the Americas, and the world. The phenomenon of which I speak is the distinct, entheogenic communication and knowledge stream of “plant teachers” that is migrating from South American Amazonia to North America, via the psychedelic catalyst, commonly known as: Ayahuasca.

In studying and participating in this archaic revival, I have come to describe this shamanic, cultural cross-pollination as a “Psychedelic Diaspora.” This migration of shamanic practice is a crucial component of a reawakening of psychedelia in the West. Perhaps this trans-American psychedelic Diaspora will allow us to reach a critical mass in awareness to address the ever-deepening social unease that Western Civilization has with psychedelia… Much more to come on this most intriguing topic… stay tuned, dear intrepid psychonauts… 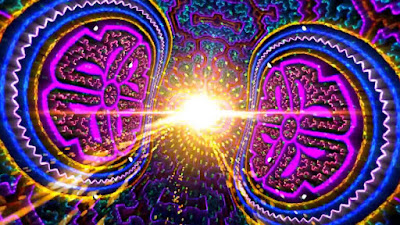