Blows Against the Empire 1 - theatre of operations

“How does one fashion a book of resistance, a book of truth in an empire
of falsehood, or a book of rectitude in an empire of vicious lies?
How does one do this right in front of the enemy?”
- Philip K Dick
Having done so before, I begin with a quote from Philip K Dick, in his quandary on the never-ending Empire. PKD’s subjugation to  the “pink beam” of Gnosis, illuminated an Empire that transcends regime change… that transcends governmental life-span… that moves in near-perpetuity through the centuries. In his fever-dream madness, PKD envisioned “Empire” as a demiurgic, predator/dominator institution of thought control.
He realized that to wage a conventional, fire-with-fire campaign against the Empire, would ultimately “play into the hands” of Empire. He articulated this realization thusly… and I quote: “The Empire is the institution, the codification, of derangement; it is insane and imposes its insanity on us by violence, since its nature is a violent one. To fight the Empire is to be infected by its derangement. This is a paradox: whoever defeats a segment of the Empire becomes the Empire; it proliferates like a virus, imposing its form on its enemies. Thereby it becomes its enemies.” 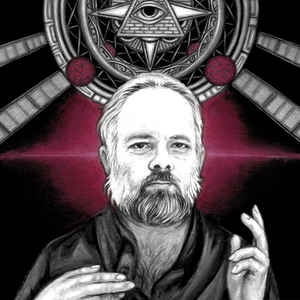 Dick’s use of the virus metaphor is especially apropos in the throes of our coronavirus pandemic. The virus, which is not exactly a life-form, illustrates the infectious nature of Empire, which is not exactly a government. Yet it proliferates throughout world cultures, imposing its malevolence upon its governmental hosts.
So this is precisely the dilemma before us. How to mount a resistance against the pervasive, predator/dominator, powers that be? How to do this, without becoming that which we resist? This struggle moves beyond Right/Left politics de jour, as the institutions of the Left and the Right have each been uniquely corrupted by the “codification of derangement.” Each faction, in their own way, has been contaminated by embracing the bureaucratic orthodoxy.
In formulating a theory of resistance, it is useful to consider the dichotomic mind-map model of: bureaucratic orthodoxy vs. disruptive insurgency. This model was championed by the author of “Brave New War” John Robb. Per his bio, John served as a pilot in a tier one counter-terrorism unit that worked alongside Delta and Seal Team 6, and has advised the Joint Chiefs of Staff, NSA, DoD, CIA, and the House Armed Services Committee.
I have found that thinking of future events, within the context of a bureaucratic orthodoxy vs. disruptive insurgency (BO vs. DI) is advantageous in understanding the dynamics of such events. This model is useful in forecasting socio-political, technological, economic and even environmental trends. In a recent post for example, I commented on a specific, on-line operation, from a BO/DI perspective.
For the record, here is my take on the BO/DI mind-map…
A “Disruptive (open source) Insurgency” is a loose network that is composed of many individuals and small groups working independently, but united by a single purpose. DI networks are by nature nebulous in structure and anonymously evolutionary in affiliation. Participation is driven by allegiance to a particular cause, rather than a particular ideology. DIs are much more innovative than their bureaucratic counterparts. They are constantly coming up with, and utilizing new ideas. Social media (tweets and media mentions) for example, incentivize innovation and spread new ideas across the insurgency in minutes (not days/weeks). 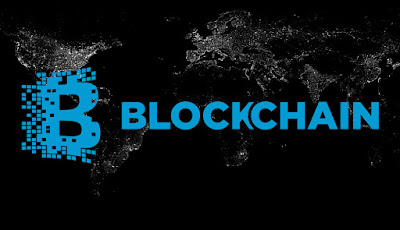 A prime example of a disruptive insurgency is blockchain technology. A crypto-currency’s blockchain is a transaction database that is globally networked and cannot be deleted. Such a blockchain is a constantly evolving and expanding system of transactions. Rather than being controlled by a single, central entity, it is a decentralized, distributed network... impervious to any single entity's nefarious actions. This network operates and grows much the way that our central nervous system works.
The “Bureaucratic Orthodoxy” is the traditional, bureaucratic power structure that has been in control (in its modern form) since the aftermath of WWII. It is evidenced by the “status quo” policies that run our socio-political, technological, and economic power structures. The BO is a disruptive insurgency in reverse. It’s modern example uses social networking to crack down on deviation and dissent. It operates via peer pressure and disconnecting deviants (cancel culture) from the network. It doesn't innovate… it rejects, cajoles, and brow-beats through its primary tool of mind control: political correctness. 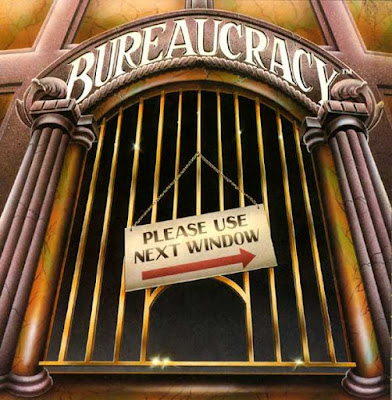 Some would see this as a criticism of the Left, but such orthodoxy infests both Left and Right ideology.
The prime example of bureaucratic orthodoxy is… you guessed it… THE EMPIRE. It manifests globally as the demiurgic, predator/dominator institution of thought control. This contemporary orthodoxy is a tightly interconnected network that uses social networking to exert pressure on people to accept the orthodox position… the status quo.
Again, bureaucratic orthodoxies are slow… they take time to react. Disruptive insurgencies are nimble… they move fast.
Consequently, political parties and the media are not the primary actors in world political systems anymore. Increasingly, politics is being waged on-line by networks. These networks have already replaced many of the functions previously accomplished by the political parties.  They have also rewired, likely forever, how we consume news.
So this is the “state of play” in our Brave Noö World. Disruptive insurgencies are being conducted everywhere at once.  Everyone, from the government bureaucrat, to the corporate executive, to the owner of a Twitter account… is now an active participant.  It is now much more participatory than it has ever been. The disruptive insurgency as well as the bureaucratic orthodoxy move on-line to define and contest the new battlefields in the culture wars.
In upcoming additions to this series of posts, we will navigate the mind-map model of bureaucratic orthodoxy vs. disruptive insurgency, to our advantage. We will examine the ways and means in which we can maximize our ability to operate independently, as “individual intelligence agents” within the new paradigm that dictates our Brave Noö World. In this manner… together… perhaps we will overcome Dick’s paradox of becoming that which we resist. Stay tuned, dear intrepid reader, for… as usual… some crazy-ass shit is about to go down!!!
FNORD. 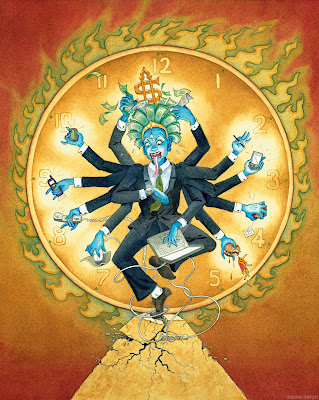 Jack Heart said…
Thorn... That's a prickly question... My assessment is he did not find a satisfactory answer to the questions around THE EMPIRE. His posthumously published Exegisis meticulously, if not obsessively demonstrated his quandary.