Blows Against the Empire 3 - know your enemy 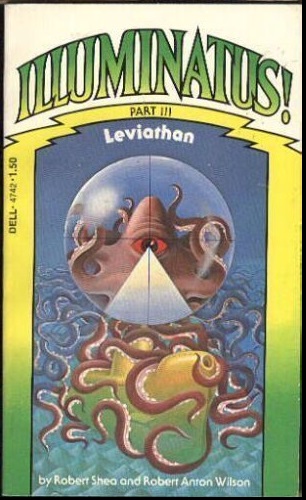 In part one of this series, we began with an invocation of the notorious THE EMPIRE NEVER ENDED memetic metaphor. We declared “EMPIRE” to be a demiurgic, predator/dominator institution of thought control… its insidiousness only being matched by its pervasiveness. We went on to identify and define the Bureaucratic Orthodoxy vs. Disruptive Insurgency (BO/DI) mind-map model, as a foundation of thought in which to mount a resistance to such thought control.
In part two, we identified core principals of republicanism and democracy… reminding ourselves of how far-a-field Amerika and the GOP & DNC cabals are from aspiring to these common-sense principals. We recognized the GOP & DNC failings as a manifestation of the Bureaucratic Orthodoxy that is inherent in partisan, Right/Left institutions of top-down management. The Empire being not so much a political party, as it is a Bureaucratic Orthodoxy that persists beyond specific regimes.
The BO is not the “deep state” which is arguably associated with continuity of government protocols… it is a “deep seeded” nepotistic prejudice, a centuries-spanning mind virus that seeks to maintain a top-down, predator/dominator system of control.
In a deeper sense, the predator/dominator paradigm does far more damage to those who seek life, liberty, and the pursuit of happiness, than does the overt, political apparatus (as bad as that is). Politicians are merely henchmen, carrying out a deep agenda that they only partially grasp. Any resistance to the “EMPIRE” must recognize the predator/dominator paradigm… and its operating system: Bureaucratic Orthodoxy… as the true enemy of the people. 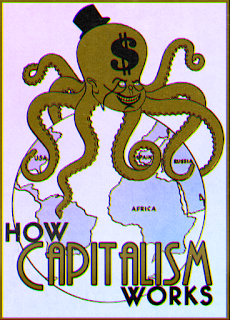 Never before has it been so apparent, to so many, that the soul-crushing authoritarianism of Late-Stage-Capitalism is a relic from a sadomasochist past, that can no longer be tolerated. Sensing their impending demise, the master manipulators… those who R Buckminster Fuller described as the “Great Pirates,” who are today known as the (Archonic) 1%... have moved into the smash-and-grab phase of a exploitive, extractive capitalism. Apparently, they are no longer concerned with maintaining any democratic charade, returning to the fascist nationalism that served them so well a hundred years ago.
These are the parapolitical undercurrents that are propelling the “ships of state” that navigate the treacherous surface waters of the body politique.
Below the surface, in the deep waters of the parapolitical, there dwells the great “Leviathan” whose tendrils reach to control all facets of human interaction. The mighty Leviathan manifests as the great central governmental beast imagined by the philosopher: Thomas Hobbes… it transforms into the giant, illuminati octopod of discordian Pope: Robert Anton Wilson. Ever-mutating, It embodies the octopus conspiracy of freelance investigative journalist: Danny Casolaro.
This Lovecraftian, “Cthulhu-like” Egregore is a meticulously cultivated, mythic construct. And with the Leviathan mythology, we approach the true metaphorical, metaphysical nature of our adversary. Again, such a fear-driven hierarchical power structure has persisted throughout human history. Through time, this ubiquitous institution… PKD’s “codification of derangement” dominates via a high level of violence and abuse, while upholding societal systems of belief that normalizes such violence. 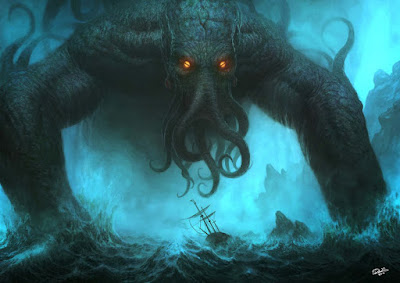 Consequently, the predator/dominator paradigm preys upon marginalized populations including ethnic minorities, refugees and the displaced, the poor and impoverished, LGBTQ and of course, women and children. Another population that has been historically and systematically suppressed, is “the weird” which should give you and I dear reader, good reason to pause. For you see, those of us who reside on the margins of thought… and sooner or later, everybody else… are in the predator/dominator’s crosshairs. Their war-machine, their mechanism which perpetrates the codification of derangement… is none-other than the bureaucratic orthodoxy.
And so the resistance becomes a survival tactic. Resisting the codification of derangement… the EMPIRE… begins with recognizing the depth and extent of the EMPIRE’s influence and authority. It also entails realizing the depth and extent that the EMPIRE will go, to maintain control. At this point in the narrative, I would add a word of caution: here at the end of their reign, EMPIRE grows more desperate.
Here, it is also worth noting the difference between “force” and “power.” Force is a weapon of war. Militaries refer to their troops as “armed forces.” The EMPIRE exerts control through psychological warfare. In its deceptiveness, EMPIRE will utilize any means necessary to force you to change your mind. Through BO mechanisms such as political correctness, they enforce their agenda of conformity and thought control. If EMPIRE can cause you to change your mind, they rob you of your power.
Power is a cultivated, internal, heartfelt mind-set. It is a personal state of mind based on strength, confidence, and competence… that an individual intelligence agent nurtures and builds upon in the course of their development. It exponentially builds upon positive personal qualities such as vision, discernment, compassion and service.
Force is a mechanism driven by fear. Power is an attribute empowered by love. Force is utilized in an attempt to maneuver or control others. Power is fostered to develop self-control. Force is the instrument of choice of the predator/dominator paradigm. Power is the focused, energic implement of choice, of the individual intelligence agent.
In preparation for the struggle to come… it is important to know your enemy. Knowledge is Power. Developing and exercising your personal power will act as an inoculation that will provide immunity to the mind virus that is the EMPIRE. The tendrils of the Leviathan are far reaching, but recognition of how the EMPIRE’s BO operating system works, will loosen its grasp and reach. 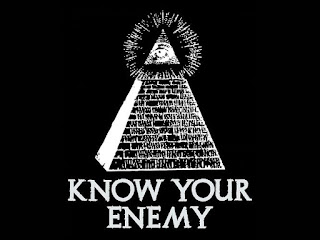 In our next installment, we will at last delve into the ways and means of engaging the enemy. We will outline general concepts, as well as specific tactics. We will examine the Disruptive Insurgency model, as a viable strategy of resistance. We will introduce the partnership paradigm as a feasible replacement to the predator/dominator model. Ideally we  do this in such a way as to avoid the pitfall of becoming that which we battle. This is no easy task, but it is the challenge set before us…
Until next time, dear intrepid reader… stay tuned! 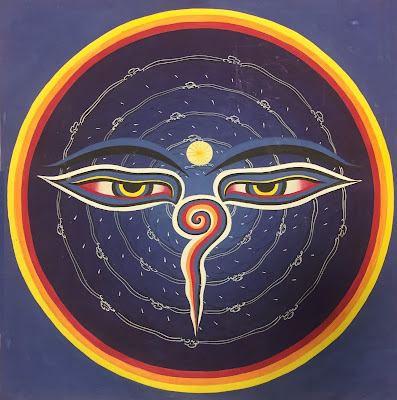 On Tyranny, Twenty lessons from the twentieth century. Book is a must read for all compassionate intelligent readers of this blog. Buy it now! Timothy Snyder is the best for this message for us, people who listen and hear the truth. To shine forth is key. Read the book and learn to listen, listen to learn.87