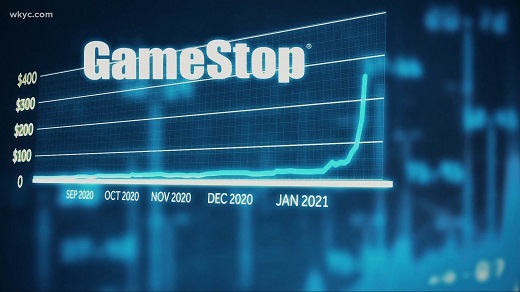 The newswires have been buzzing of late, about how a large network of small investors, in a coordinated buy campaign, pushed the stock price of video game retailer: GameStop Corp, up 1700% in the last couple of weeks, squeezing out short-selling Hedge Funds in the bargain. They did the same thing with AMC Entertainment Holdings stocks, which rose over 300% in one day.

A word about short-selling hedge funds... Short-selling involves selling borrowed shares of a stock with the belief that the price will drop, at which point, the fund buys shares at a lower price to repay what they borrowed. Hedge Funds borrow shares from a brokerage and sell them at the current market price. The gambit is when the price has dropped, the fund buys shares at that lower cost to pay back the ones they borrowed. The thing is… if the price goes up, the hedge fund loses.

All the coordinated buying pushed up the prices or AMC and GameStop, meaning the hedge funds’ bets were wrong and they’ve consequently lost billions of dollars. Year to date, for the GameStop short sellers alone… the loss is at least $5 billion, USD.

It has been widely reported that this synchronized, networked operation was conceived and carried out through the wallstreetbets (WSB) community on Reddit. In their strike against The Empire, the WSB cabal motivated each other to keep piling into shares and call options. In so doing, they effectively coordinated a monstrous short squeeze in GameStop shares, beating the high and mighty Hedge Funds at their own (rigged) game.

Needless to say, this is freaking out Hedge Funds and Wallstreet. “This is gaining cult-like status” said Quincy Krosby, chief market strategist at Prudential Financial. “It is a pack of traders and the pack is gaining momentum. The retail crowd is not just taking over the shorts… it’s taking over the headlines.”

Wallstreet is desperate to gloss over the actions of the WSB cabal, calling them: “Retail Investors.” A more accurate description of the cabal of investors would be: “Wallstreet Usurpers” or “Financial Market Insurgents.” And here is crux of what the wide reporting is missing...

The WSB insurgent’s strike against the Empire is a new and enlightening example of a decentralized, disruptive insurgency. Driven by the decentralized technology of social media (reddit), the WSB Operation struck a blow against the bureaucratic orthodoxy that is Wallstreet. This insurgency is an open-sourced technology that relies on networked information platforms, as opposed to a bureaucratic orthodoxy, which relies on a traditional power structure.

Disruptive insurgencies are nimble… they move fast… bureaucratic orthodoxies are slow… they take time to react. 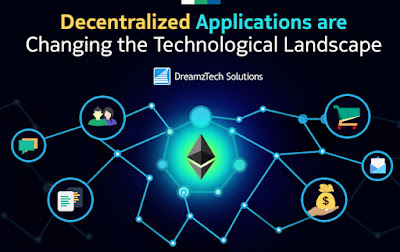 I go into a little more detail on the political aspects of the disruptive insurgency model, vs the bureaucratic orthodoxy model, on the Pop Future and the Culture Wars databases at the main Tekgnostics website.

I have written extensively on the nature of disruptive insurgency vs bureaucratic orthodoxy in recent years. As much of this work has centered on the Trumpian insurgency, his flamboyancy overshadowed the mechanics of the disruptive model. However, the WSB OP is an important example of where the future of finance, politics, and social activism (just to name a few) is headed. This decentralized model will continue to give the old, bureaucratic orthodox PTB fits… moving forward.

The recent explosion in the price of BitCoin and Ethereum is another example of how the decentralized model will affect us all, in the coming years. Blockchain technology and cryptocurrency will likely dominate financial markets, if not replace fiat money entirely, in the years ahead.

So hold on to your seats, dear intrepid readers… for the situation will only get wilder, from here on out! We’ve gotten a glimpse of the future… and it’s decentralized.

Update: The cryptocurrency trading app: Coinbase temporarily halted trading of all cryptos. Coinbase tweeted: "Due to a technical issue, we are experiencing degraded service where some trades may not be able to be completed. Our team is working to quickly restore service back to normal, and we'll send another update soon. Thank you for your patience"

In addition to its decision to halt stock purchases for companies such as GameStop, AMC, BlackBerry and Nokia... the stock trading app: Robinhood said it was temporarily restricting cryptocurrency trading. This fuels concern that the financial sector orthodoxy is moving to squash such brazen insurgencies... Stay tuned!