The Noö Future of Politics

“The Future Ain’t What It Used To Be”
– Sam Lowry


In December of 2010, an intensive 28-day campaign of civil resistance, including a series of massive street demonstrations took place in the North African nation of Tunisia. These protests led to the ousting of longtime president Zine El Abidine Ben Ali in January 2011. It eventually led to a thorough democratization of the country and to free and democratic elections. The Tunisian Revolution, also called the Sidi Bouzid Revolt, marked the beginning of a new era in world politics.

During the Sidi Bouzid Revolt, Tunisians used technology to accelerate their revolution, and in the process gave us a preview of how other people around the world might do the same. The Revolution began in mid-December, as civil unrest broke out in the interior of the country after a young street vendor named Mohamed Bouazizi set himself on fire to protest mistreatment by a government functionary… a desperate expression of helplessness in the face of a lack of opportunity.

The protests started in Bouazizi’s home city of Sidi Bouzid, far from the centers of Tunisian power, but they quickly provoked a violent response from the government’s internal security forces. As protesters marched and police beat them down, political organizers traveled to the area and started using digital video and Twitter to spread the word throughout the country. Within a day of Bouazizi’s immolation, the movement became a viral phenomenon. 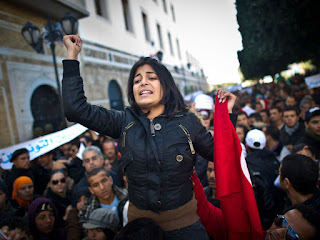 As it drew more and more people, the center of online action moved to Facebook. A much more popular medium in Tunisia than Twitter, it was also a more visual one… photos and videos posted on Facebook, documenting brutal government oppression, made the protesters’ case in a visceral way as they spread through people’s online social circles.

Social media didn’t trigger the Tunisian Revolution… oppression did. However, social media networking enabled it. Without the ability of a small number of activists to pass along shocking news and imagery from the first wave of protests, they might have fizzled out as so many street demonstrations in so many countries have in the past.

So it was that in the fiery beginnings of the Arab Spring, weaponized social media - as a politically strategic tool - was born. Since 2016, it appears to have taken two distinct forms. The following has been adapted from the writings of John Robb. Retired USAF special ops pilot, entrepreneur and author of Brave New War: The Next Stage of Terrorism and the End of Globalization… Robb founded numerous successful technology companies, including an online brokerage/banking company that sold for $295m and a company that pioneered the technologies used at Facebook and Twitter.

An open source insurgency (as first exemplified in the Tunisian/Arab Spring, circa 2011) is a loose network that is composed of many individuals and small groups working independently but united by a single purpose. In the 2016 presidential election, this single purpose was to elect Trump. As we have seen, such digital insurgencies can originate not only from the left but the right as well. Open source insurgencies are much more innovative than their bureaucratic counterparts. They are constantly coming up with and trying out new ideas.

This reactive, outraged form of political social networking rose up from the ashes of a collapsed two-party political system. As of Trump’s election, the resistance has virally grown... as-yet devoid of any clearly defined strategic leadership. This politically correct reaction can be described as a bureaucratic, networked political orthodoxy... an open source insurgency in reverse.

It uses social networking to exert pressure on people to accept the orthodox position (in this case, resistance to Trump's insurgency). Online orthodoxies grow through peer pressure and political correctness. This online orthodoxy is growing at an accelerated pace because Trump, through his continued bombastic, and increasingly racist tweets, feeds the outrage that fuels it.

These two political networks, the Trumpian insurgency, and the politically correct resistance... are the two main examples of our current state of affairs. This political dichotomy replaces, yet mirrors the old, two-party system. For the most part, they generally fall along traditional left/right ideological lines. However... they are more insidious than the traditional broad-based party politics, in that they fuel racial, religious, ethnic, social, and/or cultural bias to form the exclusive, niche alliances of identity politics.

So where is political networking taking us?  That's the BIG question. Robb identified a third possibility for where our political system could be headed…

Imagine in the near future, a networked participatory political party.  Such a participatory party could be run as a cell phone app.  This would allow it to scale up to millions of members in a very short time. People participating in the on-line party would debate the issues and vote on how their representatives should vote in Congress. 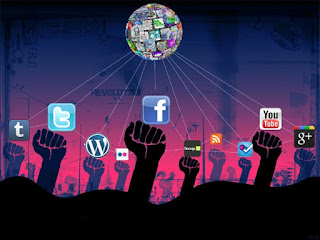 A networked, participatory political party would combine the fluidity of the "insurgency" with the solidarity of "orthodoxy." Unlike current political parties, this party wouldn't just vote every 2 years to elect candidates.  It would operate continuously… voting on all major issues. Through their phone app, party members would provide immediate direction, showing constituent trending in real-time. Such a participatory party could arise independently, growing virally… or it could co-opt an existing political party from the inside out.

How would a participatory network govern?  Unlike the other systems, it has the best chance of working within the confines of the current US Constitution.  It also has the strength to tame political distortions caused by globalization without resorting to the extremes of either the orthodoxy or the insurgency.

Robb’s insight envisions a participatory political system made possible by social networking.  Would such a system be the best chance for a better future...  a system that would put social networking to work for us instead of against us?

Is our Brave Noö Future destined to be driven by the continued rise of open source insurgency? Is it ordained that we repeatedly resort to reactive orthodoxy? Open source insurgencies can take advantage of innovative immediacy, at the cost of deliberation and accuracy. In their haste, they are more susceptible to error. Networked orthodoxy is reactive, yet, over time, aligns with traditional, rule-of-law guidelines… slow but steady. 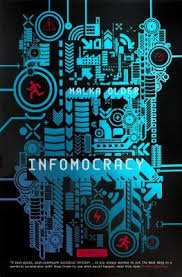 Or do we embrace a third way? Do we embrace the possibility of a networked, participatory political system? For a glimpse of this potentiality, we turn to the 21st century oracular instrument of choice… science fiction. The sci-fi genre has become the modern equivalent of the “Oracle of Delphi” for those who deal in predictive speculation. Turning to a new talent within the genre, will our near political future resemble the globally networked, digital government of Malka Older’s 2016 cyberpunk book: “Infomocracy?”

In her book (the first in the Centenal Cycle series), Older imagines a near future where a powerful search engine monopoly, known as “information” facilitates Earth’s socio-political transition from a collection of warring nation-states, to a global micro-democracy. Nation-States are a thing of the past and governing districts are broken down into 100,000 person constituencies known as Centenals. Each centenal is run by a political or corporate faction, with more or less global influence. The faction who wins the most Centenals in the 10-year election cycle, controls the world government for that cycle.

So is Malka Older’s cautionary sci-fi tale, where we are headed? Those of us who are foolish enough to seriously monitor the current political theatre will likely find out soon. Weaponized political networks will certainly play a significant role in the 2020 American presidential campaign. Arguing over whether or not Russia will be a major perpetrator in such political shenanigans, misses the point.

The future of politics likely will be driven by humanity's immersion in the globally networked, social media empires that are well on their way to dominating all of our lives. So when we all wake up on November 6th, 2020… maybe we will be a little closer to knowing what the near future of politics looks like... nationalistic autocracy or micro democracy? As always… stay tuned, dear intrepid cybernauts, stay tuned!