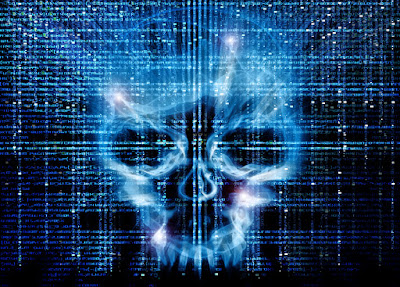 In the Spring of 2011, the world caught its first glimpse of the rising power of social media. During what had been called the “Arab Spring” by the traditional press, a combination of mobile phones & devices and those new-fangled “social apps” such as Facebook & Twitter… abruptly rearranged the nature of networked social change and social justice movements. Previously, this level of social connectivity had only been hinted at. As Tunisia and Egypt and the rest lit up politically, as well as technologically, social optimists around the planet held their collective breath for the revolution to come.

Years have passed since those early, inspirational days. Alas, the Arab Spring did not definitively prove to be as democratically fruitful as many had hoped. As is the way of the world, political realities are more complex, convoluted and occluded as to provide a clearly defined path to social justice. Social media continues to be a transformative power to the people. It levels the playing field that was once dominated by major networks and the “Madmen” of Madison Avenue… what we have labeled: Babylon Bandwidth.

Social media is potentially a liberating and democratizing media outlet, as exemplified by the rise of citizen journalism (aka: public, participatory, guerrilla or street journalism). You can bet that the recent focus on police shootings of our citizenry would not have seen the light of day without social media. A smart phone in the hands of a concerned citizen is a powerful thing. A smart phone and a live-stream account, takes this power to whole new level (god bless you, Diamond Reynolds).

Again, the “ways of the world” manifest as dichotomy. With the light… comes the shadow. Even as social media has made these powerful technologies available to the masses, it has become evident that these tools can be used for dark purposes. Author of:  Brave New War: The Next Stage of Terrorism and the End of Globalization …John Robb, recently posted an alarming, trending reality in social media. In that post, he pointed out how quickly social media broadcasting has become central to social violence. Robb suggests that through our use of social media…

"We are more vulnerable to emotional manipulation than ever before.  Our use of social media has changed us… we are constantly on the hunt for pics, news, stories, and videos that grab our attention and titillate us.  Once we find them, we are then quick to share them with others.
Few things provoke outrage faster than violence and injustice.   It is proving particularly effective when the videos arrive raw and unedited from an individual rather than from the media.  These personal broadcasts have an authenticity, a vulnerability, and an immediacy to them that greatly amplifies their emotional impact.  This makes them more effective at triggering violence than any sterile broadcast from a traditional media outlet.

We've been conditioned to record our experiences using social media.   Naturally, we are seeing the same thing with violence. Recording violence and showing it to the world, raw and unedited, can be used to "elevate the act" and memorialize it.

NOTE:   ISIS recently stumbled onto this as a way to motivate people to engage in terrorism.  In these cases, the attackers used social media to turn their bloody attacks into both performance art and solemn ceremony.  It gave it meaning. We'll see more of that in the future."

The rise of what Robb has called: Social Violence Networking has the potential to trigger the imminence of violence. The highly suggestive nature of social media increases both the likelihood and the intensity of social violence, via the copycat effect.

We must all be vigilant in what information we allow into our consciousness. The manipulation of our thoughts and emotions (read: mind control) is a very real threat. There are more nefarious players out there than the Madmen of the advertizing world. Being “of this world” …living in this dualistic, materialistic reality… requires conscious choice. We must choose the light or the shadow. Knowing that dark forces utilize social media only makes our power of discernment all the more important.

Being aware of such manipulation is half the battle. Energetically, the future of the earth and her myriad earthlings is determined by a balancing of dark and light. Those of the dark utilize fear and hatred. Those of the light utilize love and kindness. The true battle against the hidden hand is being waged covertly... within each human heart. A favorable outcome shall be determined by those among us who proceed from a place of Love and Kindness… are you kind?