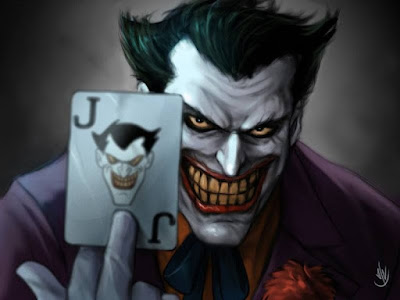 2021 is in the books, for better or for ill. The year’s end… in my neck of the woods… was one of celebration, reflection and thanksgiving. Winter weather blew in, blanketing mountains and valleys alike, in freshly fallen snow. The frosted conifers and glistening landscape gives the impression of a pristine countryside… a Whoville backdrop untouched by the Grinchy reality, hidden under the snow.
Likewise, the new year holds the eternal promise of better times to come. 2022 is a sparkly nexus of potential, where we could set divisiveness and unkindness aside… if we could but muster the courage and wisdom to do so. Looking back at 2021… there is plenty for us to learn from… plenty to leave behind.
Reexamining what was chronicled herein, 2021 revealed the dangerous opportunity of the times we live in… 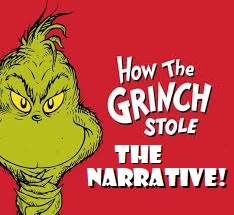 The aftermath of all that had transpired in 2020 was reflected in the first couple of months of this weblog. Dominated by Pandemic, Partisan Politics, and Paradigm-Pulverizing Paranoia… the first quarter’s posts  of 2021 grappled with the realization that the prevailing High Strangeness of 2020 was not an anomaly. Rather, the high and the strange was likely the new state of affairs. Information silos and Q tomfoolery insured a permanent splintering of socio-political consensus.
“To abandon facts is to abandon freedom. If nothing is true, then no one can criticize power, because there is no basis upon which to do so. If nothing is true, then all is spectacle. The biggest wallet pays for the most blinding lights.”
- Timothy Snyder
What became clear, was how effective and complete the relentless propagandizing had become. Each faction chose to believe their preferred propaganda… their own Personality Cult… over such unfashionable metrics as science and civic responsibility. Each reality tunnel became a gospel… the gospel. Each faction adopted their form of magical thinking, to help them navigate the Brave Noö World.
As spring flowed into summer, Tek-Gnostics took up the impossible cause of striking Blows Against the EMPIRE…  that institution, that codification of derangement. The aim was to further reveal and resist the demiurgic, predator/dominator institution of thought control. This, of course, is a fools errand… for as we all know…
“To fight the Empire is to be infected by its derangement. This is a paradox: whoever defeats a segment of the Empire becomes the Empire; it proliferates like a virus, imposing its form on its enemies. Thereby it becomes its enemies.”
- PKD

In so engaging, the Tek-Gnostics stratagem was (is) to employ the good ole’ Operation MindF#@K! Again, as the savvy reader knows, OM! was (is) originally a Discordian prank/mind bomb… a mechanism of what Robert Anton Wilson described as a Guerrilla Ontology. If we were going to enter the fray, we should at least find a little entertainment value, in our efforts.
Recognizing and enjoying a good old fashioned paradox… we went so far as to outline our own magical thinking protocols, as part of our tactical strategy. As the year wound down, we posted on topics that included environmental calamity, the corporate space race and rise of the “Great Houses,” the post-truth paradigm, and other cultural curiosities.
Moving into 2022, it appears that you will be blessed/cursed with more of the same shenanigans, not only from the Tek-Gnostics team, but from that rascally, demiurgic, predator/dominator paradigm as well. Buckle up dear intrepid reader, and as we are prone to remind you… Stay Tuned! ...for it is only going to get weirder from here on out!
Jan 15th... State of Play – Magical Thinking
Feb 19th... Blows Against the EMPIRE
May 22nd... Truthiness - a post-truth paradigm
July 12th... 21st Century Space Race – Dawn of the Great Houses
August 14th... Isn't it Queer?
Sept 3rd... The Shadow Docket
Oct 16th... Archonic Update – the Pandora Papers
Nov 19th... The Glasgow Effect
Have a wonderful Noö Year, and remember… Reality is what you can get away with! Cheers! - J ♥ 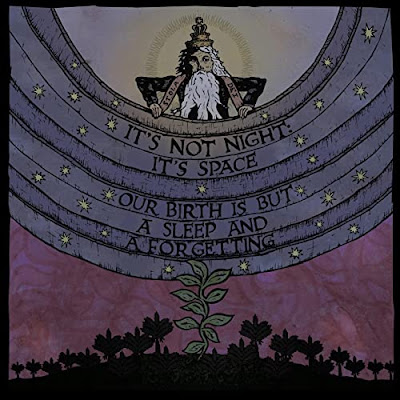 This was the year when we marked the passing of Lee "Scratch" Perry, one of the great masters of our time. We also had to pretend to follow and have opinions about some things called "Squid Game" and "NFTs". Most curious.

2022 should be the year of the animation of Chainsaw Man. I can't say for sure if it will be a hit, but the content of the comic was a new gospel, and it is one to watch out for.

Good vibes from the master of synch. Shine forth Jack Heart. The predator culture will become nature lovers! She shines forth. 87