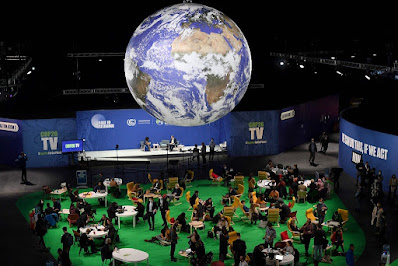 The 2021 UN Climate Change Conference (COP26) wrapped up in Glasgow, Scotland on November 12. Nearly 200 countries adopted the final Glasgow Climate Pact, after nearly two weeks of wrangling on everything from how much to limit global warming… how to frame any conversation on fossil fuels and whether (or not) the worst-hit countries by the climate crisis should be financially compensated.
Some are calling the conference a success, citing such achievements as the unprecedented mention of the role of fossil fuels in the climate crisis (something that the Paris Agreement was unable to achieve). Additionally, the COP26 pact calls for the phasing down of unabated coal and inefficient fossil fuel subsidies. As 197 Countries finally signed the document, many considered the pact a win for the environment and humanity’s continued survival.
When asked for her opinion on the final agreement, Greenpeace International Executive Director Jennifer Morgan saw the inclusion of the phasing down of coal language as a win for the climate. “It's meek, it's weak and the 1.5C goal is only just alive, but a signal has been sent that the era of coal is ending. And that matters…”
However, many delegates and observers considered the final pact to be so fangless and watered-down, as to be meaningless is scope and urgency. Tim Crosland, founder of the environmental legal action group: Plan B, said: “Instead of global emissions being slashed by 45% by 2030, which might keep 1.5˚C alive, COP26 keeps emissions rising by 13.7% by 2030. That is total failure… the greatest failure in our history… which will leave whole countries and regions of the world uninhabitable.” 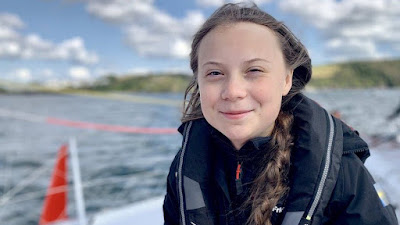 Everyone’s environmental darling, Greta Thunberg stated that COP26 was a failure…  “It is not a secret that COP26 is a failure. It should be obvious that we cannot solve the crisis with the same methods that got us into it in the first place. The COP has turned into a PR event, where leaders are giving beautiful speeches and announcing fancy commitments and targets, while behind the curtains governments of the Global North countries are still refusing to take any drastic climate action.”
In a flurry of last-minute wrangling, driven by India’s 11th hour edit, stating that coal should be phased "down," not phased "out" (an escape clause that would allow continued use of coal)... Swiss Environment Minister Simonetta Sommarug declared: “This will not bring us closer to 1.5 but make it more difficult to reach it” …to which she received a long round of applause.
By all accounts, the Glasgow Climate Pact does little to meet the existential urgency of the climate crisis facing us. The diluting of verifiable action and weakening of viable measures insures that our kids and their kids will be left holding the (empty and charred) bag.
The take-away from COP26 is something that resembles the Mandela Effect… with world leaders leaving the summit with the false memory that they actually got something meaningful, done. In the aftermath of the Climate Pact, these Archonic leaders will conveniently forget the 50+ years of denial, obfuscation, and lying under oath of Big Oil and Big Coal. These Archons will instead play the violin as Rome Burns.
As an optimist, I trust that… in time… we will survive the massive disruption of climate change. We will eventually put in place the remaining mitigations and come to terms with the evident adaptations that will be required for our collective survival. The obvious problem coming out of the Glasgow Climate Pact is the time lost to stalling... the precious time being squandered in indecision. The time is now to make the difficult decisions that need to be made... by sober, realistic policy makers. And time… so it appears… is one thing that we are running low on. 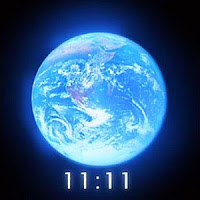 They say the good part is they have agreed to more regular meetings.

It was hard for me to watch Biden give his bragging speech about how much the USA is doing and how it is leading the world. Do we forget that the last president just straight up pulled out of the agreement and will again if, as looks too likely, he is back in three years time? Then pretty much sure as he lands back in the USA he opens up bidding for new oil extraction.

Garmr...
Sadly... it appears that, over the last four years, the good ole U S of A has demonstrated it’s “Fallen Empire” status. Massive corporate theft over the last forty years, has left the U S a “Hollow State” that likely will swing to and fro with the latest post-political whim... neo-nationalist or otherwise. Such a state of affairs cannot be trusted.

Your observation of self-deluded inaction, regardless of social or political stance, is well taken. Hoax, apathy, and/or indulgence sums up the ramifications of our post-truth, post-conspiracy age...