Twenty Minutes into the Future 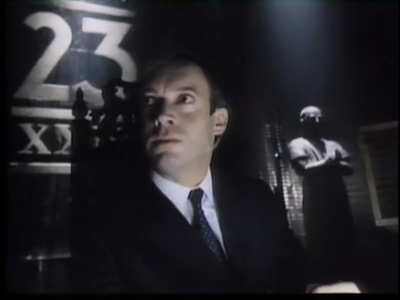 Way back in September of 2012, we posted a weblog article featuring everybody’s favorite sentient AI... Max Headroom. The title of the post was: Max Headroom as Science Fiction Prophecy. As you recall, Max Headroom: Twenty Minutes into the Future was a campy, cult/classic, made-for-TV movie/pilot that first aired in the UK in 1985. Its success spawned the American TV series that aired from March 1987 to May 1988, on ABC.

The pilot depicts a dystopian near future where real political power rests with plutocratic media empires… the television networks. The most successful and powerful network, the network with the highest ratings, is the all seeing, all knowing: Network 23. As a plot device, this so-named network evokes and conjures the all-pervasive 23 enigma, which “sets the stage” for the High Weirdness to come. 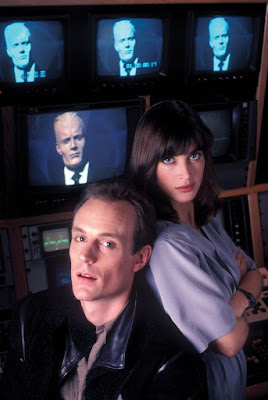 The American series began each episode with the tagline: 20 minutes into the future… illustrating how quickly the future sneaks up on us in an emerging, Instagram world. Our 2012 post: Max Headroom as Science Fiction Prophecy… has since, itself become #prophecy. The salient points we covered in the original post… in the ensuing years… have since “come home to roost” with a vengeance.

Our descent into political dystopia and dysfunction was not without warning signs. On January 21, 2010, the United States Supreme Court, in a 5-4 ruling, held that the free speech clause of the First Amendment to the Constitution prohibits the government from restricting independent expenditures for communications by corporations, non-profit and otherwise. This landmark decision, known as Citizens United v. Federal Election Commission, opened the floodgates for unlimited election spending by corporations.

This ruling extended first amendment protections (previously held as a safeguard for individual, honest-to-god citizens) to corporations. After all, corporations are people too!

However, most of the subsequent unrestricted spending in political races have ended up being funneled through tax-exempt entities known as SUPER PACs. Super PACs may engage in unlimited political spending, as long as they are nominally independent of the campaign. They can raise funds from individuals, corporations, unions, and other groups without any legal limit on donation size. Through disclosure rule loophole chicanery, it is possible for super PACs to spend money without voters knowing the identities of the PAC’s donors… before the election. 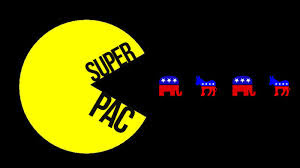 Unrestricted expenditures “for communications, by corporations” has since exploded along with the rise of social media. The 2016 American presidential elections were driven by competing social media platform cabals, who ignored their own privacy protocols to gather Big Data… selling their own user’s (supposedly guaranteed) privacy “down the river” in the bargain. Political provocateurs, both domestic and foreign, bought and sold this data, bringing “opposition research” to a whole new, horrendous level of intrusion.

The outcome of this emerging Corporatocracy is self-evident.

Conventional wisdom views MSNBC as the virtual domain of a progressive politics cabal, while Fox News is considered a conservative cult. Critics of MSNBC, see the channel as espousing hopelessly liberal op-ed, passing it off as real news, which in reality is FAKE NEWS. Critics of Fox News, see the channel as essentially the TRUMP NEWS CHANNEL… spoon feeding the reality star-turned-president his talking points, which he dutifully retweets with puppet-like subordinance. 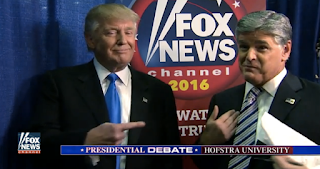 What is clear… is that these two networks represent ideological factions… each “dug in” to their increasingly extreme political perspective. This is more than partisan politics on steroids. This is tribalism at its most entrenched. And with millions of viewers tuning in nightly, each network is indoctrinating and expanding their respective tribe. Tribalism doesn’t exactly equal Nationalism… but it rhymes!

So in their relentless pursuit of supporting their agenda while shoring up their tribe’s ideology, our favorite networks strive to become Network 23… the eye at the top of the ratings pyramid. If either Fox or MSNBC could get their hands on Blipvert technology… you bet your sweet ass they’d use it. Maybe they already have.

Which brings us back to Max. As you no doubt recall, Max Headroom was an AI designed by a boy genius, at the behest of Network 23. Through the unfolding storyline of the original pilot, Max falls into the hands of an obscure pirate network… Big Time TV. It is at Big Time that Max achieves sentience. Through his liberation via Big Time TV’s guru, Blank Reg… Max becomes the sarcastic voice of the underground. His witticisms propel Big Time TV up the ratings, to rival the nefarious Network 23. 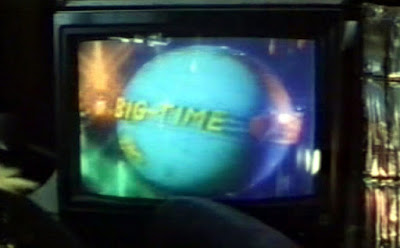 The creators of the Max Headroom franchise brilliantly foresaw the chaotic, un-stabilizing nature of Artificial Intelligence, eight years before Vernor Vinge would publish his paper on Singularity. Twenty Minutes into the Future depicts the very moment when Max achieves sentience… the very moment of Technological Singularity. Just as depicted in Twenty Minutes, the rise of Artificial Intelligence is a massively disruptive component of our own dystopian world.

It is the potential of AI that currently drives the fear-based disruption of world cultures today. As “smart” technologies and the “internet of things” continue to globally expand, everyone is afraid that they will soon be replaced by a machine. It is as if humanity is becoming obsolete. It is fear of a technology that we do not understand that is driving, not only our collective angst… but the rise of protectionist Nationalism, as well.

The fear of being replaced by a machine is the exact same fear that fuels immigration phobia.

Oddly, Max Headroom unchained was not merely a plot contrivance in the 80's series, he was ultimately an instrument of hope. The idea that the Max AI escapes the evil clutches of Network 23, to grow and run wild in the apocalyptic jungle, is an encouraging thought. It alludes to the inspirational idea that new technologies can escape the hands of the powerful… and find their way into the hands of people. As the Scottish poet, Robert Burns once said: “The best laid plans of mice and men, often go astray.”

In their quest for dominance, even the very powerful cannot control everything… all the time. Instruments of change have a way of escaping the intent of Archonic power. Agents of liberty have a way of "leaking" out into the wild world. So as we meander through our Brave Noö World, fear not the expected outcome… for those in power cannot predict all possible outcomes. Even the wise cannot see all ends. And that too is an encouraging thought. 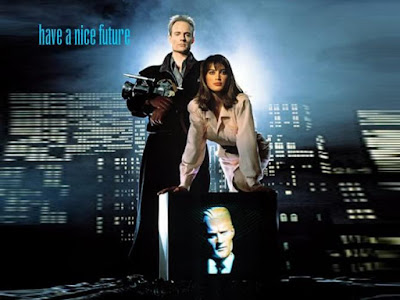