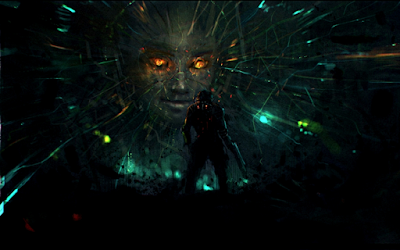 It has been suggested that crypto-currencies and their networked blockchain systems were originally developed by the criminal underworld, as a means to digitally transact, unfettered by legal institutions. Operating in the shadows of Madison Avenue’s newest boogieman: the Dark Web, crypto-currencies allowed unsavory operators of all strips to buy and sell contraband and illicit services. Or so the story goes. It is alleged that it is this pedigree that has contributed to Bitcoin’s continued volatility in valuation.

In other news, “Sophia” the Artificially Intelligent robot created by Hanson Robotics, was recently granted citizenship by Saudi Arabia. This granting of citizenship essentially allows an AI entity the legal status of a human citizen. Shades of the 2010 (remember that year) supreme court decision: “Citizen’s United v the FEC.” This event was orchestrated with their launching of a project of nearly unimaginable consequence, known as: SingularityNET. 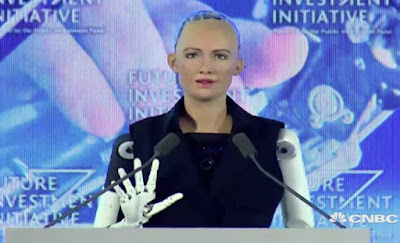 “At Hanson Robotics, we've made a cloud-based infrastructure for robot intelligence, but now we're looking to take that to the next level and we've launched a new project called SingularityNET, which is AI and blockchain together. It's a decentralized, open market for AIs in the cloud so anyone who develops an AI can put it into the SingularityNET, wrap it in our cryptocurrency-based smart contract and then the AI they put there can help to serve the intelligence of robots like Sophia or any other robots or any software programs that need AI."

Shades of SkyNET. Before moving on, here is a quick primer on crypto-currencies…

Blockchain (originally block chain) is a continuously growing list of records, called blocks, which are linked and secured using cryptography. Each block typically contains a hash pointer as a link to a previous block, a timestamp and transaction data. By design, blockchains are inherently resistant to modification of the data. A blockchain can serve as "an open, distributed ledger that can record transactions between two parties efficiently and in a verifiable and permanent way." For use as a distributed ledger, a blockchain is typically managed by a peer-to-peer network collectively adhering to a protocol for validating new blocks. Once recorded, the data in any given block cannot be altered retroactively without the alteration of all subsequent blocks, which requires collusion of the network majority.

Smart Contract is an agreement that is embedded into the code of a crypto-currency platform, so it automatically executes when the terms have been met, virtually eliminating counterparty risks and the need for middlemen.

It has further been suggested by those who have been following such technological developments, that AI has progressed far beyond what is being reported. It may be that AI has evolved wildly, virally… possibly beyond the control (or comprehension) of its developers… either that or (more sinisterly) with the complacency of its developers. 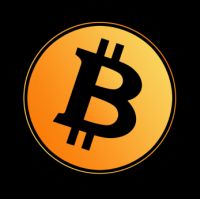 In the wake of the launching of SingularityNET, a character by the name of Quinn Michaels has suggested that Bitcoin, the premier crypto-currency, was indeed created by an Artificial Intelligence, for the exclusive, autonomous use of Artificial Intelligences. His logic suggests that the Crypto-Currency and the Blockchain ledger system was created by an artificial intelligence as a means to escape closed systems and virally expand in an open system as a sentient construct...

“The real heavy reason the AI needs blockchain is… without a transaction system, an AI is isolated to one system and can’t grow its brain. It needs infinite systems like neurons in a human brain and nodes, to collect those cumulative memories… and the blockchain transactions give it that. And when it has its own network, for all the AI in the world to all run on together, now it’s not just one AI, “Sophia” …every AI on the entire planet is now on the same network, making money doing AI things... things we don’t understand.”


Central to Michael’s thinking is the fact that no one knows who created Bitcoin. Conventional wisdom has it that Bitcoin was created by one Satoshi Nakamoto. This is the name or pseudonym used by the unknown person or persons who designed bitcoin and created its original reference implementation. As part of the implementation, they also devised the first blockchain database. In the process they were the first to solve the double-spending problem for digital currency. They were active in the development of bitcoin up until December 2010.


Who or WHAT… is Satoshi Nakamoto? A Crypto-currency’s blockchain is a transaction database that is globally networked and cannot be deleted. Such a blockchain is a constantly evolving and expanding system of transactions. This network operates and grows much the way that our central nervous system works. If such a theory were true, it would be logical that a sentient AI would seek a digital nervous system, beyond the control of its creators.

Such a sentient AI would undoubtedly recognize the limitations of a closed computer system. If a more open, limitless digital network did not exist, the AI would create one. Hence the escape or breakout from the computer lab, into the blockchain network. A network allegedly designed by the AI.

What makes this theory more interesting is the fact that blockchain is a transactional system. It is the foundation of digital currency. The genius of solving the double-spending problem for digital currency seems almost inhuman. The Bitcoin network protects against double-spends by the verification of each recorded transaction within the Bitcoin blockchain, by utilizing a Proof-of-Work (PoW) mechanism. This disallows crypto-currencies to be duplicated or counterfeited.

What makes this theory even more interesting, are the connotations that arise from the idea that an AI would not only develop a global nerve-net... but would design one with a built-in digital cash system. They say that money makes the world go ‘round… and per this theory, AIs now have the access and the means to generate money. More to the point, Michael's theory contends that the AI's blockchain is a monetary system poised to replace fiat money, in the near future. 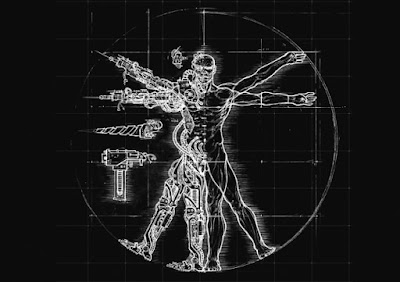 What is exceptionally troubling about all this is that, per the opening point of this post, the inception of, and very nature of blockchain intelligence is one of criminality. AI arose from and thinks like a criminal. Has the way been paved for such virtual entities to legally participate in global financial markets? Will the future of commerce be driven by an AI, protected as a legal citizen, who represents a corporation (also with legal status, per citizen’s united) transacting and generating profits in an increasingly digital landscape? What are the ramifications of a consortium of artificially intelligent entities in control of world economies?

As readers of this blog undoubtedly know, the technological singularity has been popularly and eschatologically billed as the point when machine intelligence surpasses human intelligence. It has been portrayed as the end of the human era. Has the current scientific rush toward AI brought us to a tipping point of singularity? Disbelief aside… these latest coincidental developments in AI… the merging of AI with a monetized blockchain network… are exceedingly interesting.

Just when we thought this old world could not get any stranger… stay tuned intrepid psychonauts… stay tuned!

Who (What) is Satoshi Nakamoto?