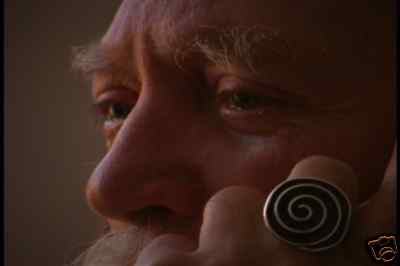 Allow me to begin by acknowledging that the proper recognition for the term synchronicity rests with the eminent psychologist, Dr. Carl G Jung, with his groundbreaking work on the subject. Let me also acknowledge the phenomena of synchronicity, being perceived and utilized by many different worldviews, reaches back to antiquity and beyond.

Let me further acknowledge the use of the axiom “old school” within the context of this report, does not reach far, as in today’s world, our mundane collective memory fades quickly. But I digress…

I have been re-reading/researching Robert Anton Wilson’s “Cosmic Trigger” (with some choice posts to follow) of late. Uncle Bob is classic “old school” within the popular application of synchronicity and it’s offspring synchromysticism. As with many of you, uncle Bob was instrumental in illuminating my consciousness to the contemporary application of synchronicity. Many of his metaphors, such as the illuminati, the eye in the triangle, contact with higher intelligence and most importantly, as we shall see, the 23 enigma (I could go on, but you get the gist of the Sirius nature of his prose) are still widely utilized in synchro-mystic circles.

As I made my way through uncle Bob’s “Chapel Perilous”, I was amazed at how well much of what he was communicating in 1976 stood the test of time. I also was aware that other elements did not fare as well. One aspect that struck me as… well… quaint… was the concept of life extension. When I first read this material, back in the day, it seemed to be more of a hope than a promise. Upon re-reading, the concept seemed to fall short of Bob’s most conservative expectations. I was smug in my judgment.

So I’m up at 6:30am… performing my usual scan of the media machine’s mind control programming (translation: watching the morning news), which consists of channel surfing between CNN, MSNBC and FOX. I’ll watch CNN to dip my toe into the pool of
today’s version of corporate media’s daily propaganda, then switch back and forth between MSNBC and FOX to determine width of what is being programmed… reported.

So there I am… cup of coffee and clicker in hand. The spidey senses begin tingling when a news segment reports a break-through in longevity research. Apparently, scientists have demonstrated a reversal in the aging process in laboratory mice. Additionally, they re-invigorated the test animal’s sex drive for good measure, using some DNA manipulation. Just last night I was confident that longevity research was short lived, so to speak.

So then they immediately cut to the weatherman… as in “you don’t need a weatherman to know which way the wind blows”… as in “weather underground”… as described in Uncle Bob’s book… as in the weather guy. So the weather guy goes off on a rap about the day after JFK was shot. I mean out of nowhere. He quickly regains his composer and moves on to airport delays. Now the caffeine kicks in and I’m paying attention.

So then, after a word from our sponsors, they go into a breaking news piece about a high-school kid who has gone into his Wisconsin school with a gun and taken his teacher and 23 students captive, holding them hostage. This third synchronicity, the use of uncle Bob’s number 23, was the capstone on the experience. In keeping with the law of threes… the third synch event… the number 23 itself a cosmic trigger in Bob’s reality tunnel… winked at the skeptic holding the coffee and the clicker. Three strikes and you’re out!

Coincidence you say? That’s what they want us to believe!

So enough said. I received a triple whammy of synchronicity to remind me to stay awake (Constant Vigilance!!!). I was once again reminded to be open and receptive to the experience of meaningful coincidence in my interaction with universe. I was once again humbled by the deeply complex and personal nature of how our interface with universe can speak to each of us, if we develop and utilize the capacity to recognize the communication.

So the moral of this tale?

Note: thank you to the two uncle Bobs referenced in the above.

Sadly, the young gunman took his own life in the hostage incident...