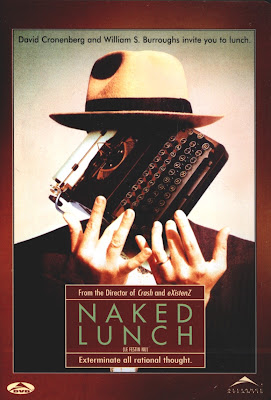 The 23/17 enigma, simply stated, refers to the belief that many incidents of synchronicity are directly connected to the numbers 23… 17… or some combination or modification of these numbers. Uncle Bob Wilson (aka: Robert Anton Wilson) credits William S. Burroughs as being the first person to identify the 23 enigma. , in his book The Cosmic Trigger, related the following story:

“More important to our narrative, William S. Burroughs (author of ‘Naked Lunch’) introduced me to the 23 Enigma while I was at Playboy... In the early '60s in Tangier, Burroughs knew a certain Captain Clark who ran a ferry from Tangier to . One day, said to Burroughs that he'd been running the ferry 23 years without an accident. That very day, the ferry sank, killing and everybody aboard. In the evening, Burroughs was thinking about this when he turned on the radio. The first newscast told about the crash of an Eastern Airlines plane on the New York-Miami route. The pilot was another Captain Clark and the flight was listed as Flight 23... Burroughs began keeping records of odd coincidences. To his astonishment, 23s appeared in a lot of them.”

Burroughs wrote a short story in 1967 called "23 Skidoo." The term "23 skidoo" was popularized in the early 1920s and means “it's time to leave while the getting is good.” This expression appeared in newspapers as early as 1906.

, along with co-author Robert Shea of “Illuminatus!” fame, more clearly identifies the 23/17 phenomenon, in that both numbers are tied to the Discordian Law of Fives. The Discordian holybook, the Principia Discordia states that: All things happen in fives, or are divisible by or are multiples of five, or are somehow directly or indirectly appropriate to 5. To Discordians, 23, a corollary of the law of fives, is considered either lucky, unlucky, sacred to their goddess Eris, sinister, sacred to the unholy gods of the Cthulhu Mythos, or significantly strange. 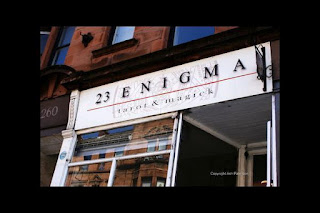 In Illuminatus!, the character Simon Moon illustrates this rational using the following mathematical-numerological-magical formula… in 23: 2 + 3 = 5, and in 17: 1 + 7 = 8 = 2³ ...clear as mud, right? To clarify, Moon pulls in another enigmatic number… 40. In the following excerpt from Illuminatus!, Moon further clarifies…

More interestingly, without invoking the mystic 5, we still arrive at 40 by adding 17 + 23. What, then, is the significance of 40? I've run through various associations… Jesus had his 40 days in the desert, Ali Baba had his 40 thieves, Buddhists have their 40 meditations, the solar system is almost exactly 40 astronomical units in radius (Pluto yo-yos a bit)—but I have no definite theory…  yet.”

Now that we have that Discordian primer out of the way, let us proceed to the most recent example of the 23/17 (and now 40) enigma.

The US House of Representatives Oversight committee has been investigating a covert operation ran by the Bureau of Alcohol, Tobacco & Firearms (ATF) code-named “fast and furious,” since 2011. This ill-advised sting operation involved selling firearms to Mexican gunrunners, in the hopes of tracking the firearms as they were transferred to higher-level traffickers and key figures in Mexican cartels, in theory leading to their arrests and the dismantling of the Mexican drug cartels. 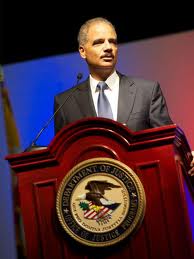 Although Attorney General Eric Holder originally requested the Department of Justice's Inspector General to begin an investigation concerning fast & furious, suspicion of a cover-up has been leveled at him.

On , Holder appeared at his seventh Congressional hearing. At issue were certain documents that had not been turned over to Congress by the DOJ. On , the House Oversight and Government Reform Committee voted along party lines to recommend that Holder be held in contempt of congress. Earlier that day, President Obama had invoked executive privilege over those documents, marking the first time the privilege has been asserted during his presidency.

Here is where we begin our decent into the rabbit-hole. The oversight committee is comprised of 40 representatives, from both political parties. As stated above, the contempt of congress vote was split down party lines… 23 republicans voted in favor of contempt, while 17 democrats vote against. 23 + 17 phenomenon = 40 enigma.

So what is the sync-o-sphere trying to communicate to us about these political events/synchronicities? The first sync that jumped out: the republicans are associated with the number 23, while the democrats are associated with 17. The sum total of these two distinguished and highly respected political factions is… 40 (ie: the forty thieves).

Both the Dems and the Repubs pursue their skullduggery in , which has a long tradition of association with conspiracy theory. A classic conspiracy theory has DC’s street layout illuminati designed, incorporating an inverted pentagram with the bottom pointing directly at the White House. The pentagram is, of course, a 5 pointed star, with obvious occult inferences.

A fundamentalist Christian conspiracy narrative might look like this: The 23rd psalm includes the infamous line: Yea, though I walk through the valley of death, I will fear no evil, yada, yada, yada… ominous imagery indeed. Psalm 17 is the Prayer of David: Hear me, Lord, my plea is just; listen to my cry, blah, blah, blah. We leave this imagery to the reader’s fertile imagination.

When we at Tek-Gnostics ponder such esoteric questions, we often consult the master text of synchronicity… the I-Ching.  Let us begin with the 23 republicans who voted in favor of contempt… the I-Ching’s 23rd hexagram is titled “Po.” The image is:  The mountain rests on the earth: The image of Splitting Apart. ’s judgment reads: It does not further one to go anywhere…

“All is not what it seems. Sometimes, reality is like a hall of mirrors. Intrigues multiply like summer flies, and there are signs of discontent all around. This is a time of illusion and disillusion, disintegration, distrust and deception.” – tarot.com

Now we consider the 17 democrats… the I-Ching’s 17th hexagram is titled “Sui”. The image is Thunder in the middle of the : The image of Following. Sui’s judgment reads: Following has supreme success. Perseverance furthers. No blame…

“Following brings supreme success. You may not be able to change the direction of the wind, but by frequently adjusting your sails, you can arrive at your destination.”
– tarot.com

A skeptic might argue that as with most numerological claims, the enigma can be viewed as an example of apophenia, selection bias, and confirmation bias. In interviews, acknowledged the self-fulfilling nature of the enigma, implying that the real value of the Laws of Fives and Twenty-threes lies in their demonstration of the mind's power to perceive "truth" in nearly anything. 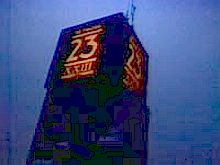 In our final analysis, the appearance of the 23/17 enigma in the media surrounding “fast & furious” acted as a cosmic trigger pointing to just how strange US politics has become. Partisanship is rampant. There are Republican representatives who claim that fast & furious was no botched operation but a deliberate effort by the Obama administration “set up as an assault on the Second Amendment.” Likewise, there are Democratic representatives claiming that the attack on Attorney General Eric Holder was payback for his opposition to the growing GOP-led attempts to disenfranchise voters as evidenced by ’s recently changed voter fraud/purge laws.

In reality, neither party’s elected officials give a rat’s ass about the citizenry they were elected to serve… especially the disenfranchised and politically weak segments of our society. Republicans oppose Obama’s health care reform bill simply and only because they want to defeat Obama in 2012, at all costs. Apparently, the 32 (sync) million Americans who currently are not insured, who would be covered under the health care bill are part of that cost. Democrats are equally culpable.

Even the Supreme Court, who should be the non-partisan branch of our government, routinely hand down decisions that are split 5 to 4… along party lines.

As our politics get stranger and stranger… the rabbit-hole goes deeper and deeper. Newtonian physics gives way to quantum relativity. As we move into an era of high weirdness… the façade of political normalcy and stability fades, while the true chaotic nature of reality shines through. Our politicians cling to the old reality. As our near future unfolds in a fractal pattern of synchronicity, the 23/17 enigma becomes a mile-post… an indicator of things to come. We truly are moving into “strange days” as prophesized by Jim Morrison. So in these strange times…

"When the going gets strange, the strange turn pro"…