Ever since our first post, back in February of 2009, that dealt directly with UFO lore, titled:  Dr. Carl Gustav Jung & UFO Phenomenon… we have taken an active interest in issues involving extra-terrestrial contact. What with our forays into Ancient Astronaut Theory, culminating in multiple expeditions to the Pop ET fest: AlienCon, and the more new-aged Contact in the Desert festivals… we have taken more than one deep-dive into UFOlogy and saucer culture.

So imagine our delight in coming across an article in phys.org that speculated on the existence of octopus-like creatures living in the ice-covered oceans on the planet Jupiter’s 4th largest moon: Europa. “It's 'almost a racing certainty' there's alien life on Jupiter's moon Europa… and Mars could be hiding primitive microorganisms, too.”

So says one of the leading British space scientists, Professor of Planetary and Space Science: Monica Grady, who says the notion of undiscovered life in our galaxy isn't nearly as far-fetched as we might expect. In addition to Ocopods on Europa, Professor Grady speculates that the deep caverns and caves found on Mars may also hide subterranean life-forms… as they offer shelter from intense solar radiation while also potentially boasting remnants of ice.

"If there is something on Mars, it's likely to be very small (such as) bacteria. But I think we've got a better chance of having slightly higher forms of life on Europa, perhaps similar to the intelligence of an octopus." 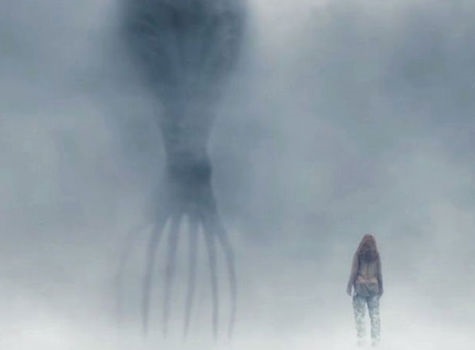 On a synchronistic note, and as the astute readers of this blog know, Jupiter’s Europa was the moon where extra-terrestrial life was first detected in the 1984 film: 2010: The Year We Make Contact. Again, as you know, the main plot of this film, dealt with the manipulations of intelligent, extra-terrestrial beings (symbolically stylized and represented by the black monolith) resulting in Jupiter transforming, through nuclear fusion, into a small star.

At the film’s climax, a disembodied David (my god it’s full of stars!) Bowman, the intrepid astronaut/Starchild from 2001: a Space Odyssey... delivers the infamous message back to Earth…

Octopods on Europa, viewed through the lens of Science fiction, also bring to mind the Heptapods of the 2016 film: Arrival. We examined Arrival and the ramifications of extra-terrestrial life, as depicted in science fiction, in our 2018 post: What is Your Purpose on Earth? From that post...

"In these confusing times we find ourselves living in… in our “Brave Noö World” …truth has become stranger than fiction. The distinction between science fiction and fact has blurred. As we have indicated many times before on this weblog, science fiction is at its best, as a cautionary tale. In a fanciful, futuristic setting, it allows us to examine our assumptions, beliefs, and prejudices to who we are, our relationship to ‘others,’ and our place in the world."

So in the final analysis, the search for extra-terrestrial life is, in essence, a search for the meaning of life. We seek the "other" and we find ourselves. The science-fiction narrative that runs parallel to the science narrative only deepens the exploration. It adds flavor and nuance to scientific inquiry. Science fiction may be fiction... but it adds speculative wonder to the hard equations of science. 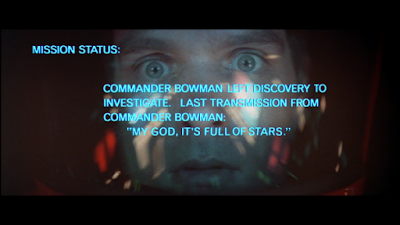 Shoutout to the OrangeOrb for bringing this story to our attention...

An imaginary alien might represent a sort of substitute for an unpredictable parental figure like the Engineer in Ridley Scott's Prometheus. The weird milky bosom of the ancient aliens being milked by Luke Skywalker, bottled, then sold to us at concessionary stands. In reality, it is just chilled cow's milk coloured with blue dye but in our imagination it is some sort of connection to a larger universe with fictional characters to whom our greatest are less than children.

If something was truly alien there would be no assumption of a child/parent relationship or even something so crude as a predator/food relationship as they would be truly alien. Life has to already be quite similar to not be poisonous. The terror of the real alien which rings truest is the scenario where they want us gone because we are annoying or inconvenient in some way.

Symbolically aliens represent the unknown, literally, since once you know them they become something not alien. As a representation of insights about the self we are dealing with self-delusion perhaps. Puffing ourselves up to have an almighty cosmic significance which we may lack, in reality.

Perhaps a little self-delusion is necessary, but we have to be cautious about the nerds desire to control through cataloguing and naming. The power of the D&D monster manual. True monsters are just monsters. They do not have "stats" or "species" since they have no DNA or any other physical properties which we can measure with instruments. Data you invent based on your imagination is not empirical data. It just isn't, and that is why monsters are terrifying.

"It is known that there are an infinite number of worlds, simply because there is an infinite amount of space for them. However, not every one of them is inhabited. Therefore, there must be a finite number of inhabited worlds. Any finite number divided by infinity is as near to nothing as makes no odds, so the average population of all the planets in the Universe can be said to be zero. From this it follows that the population of the whole Universe is also zero, and that any people you may meet from time to time are merely the products of a deranged imagination."

If the Apollo missions found life on the moon and found that it was made of something like cheese it would be just as boring and disappointing as only finding dust. I suppose this is a Sirens of Titan type problem where no meaning or edification could be found in the "real" desires of the alien. The aliens in Arrival seem impressive compared to Tralfamadorians not because of the CGI or massive ominous spaceships but because they only tell us that we will be useful to them in the future and not how we will be useful.

You can investigate all the worlds but not Europa. Humans have investigated very little of our own oceans. What alien life resides below the waves? Alien investigations involve solidarity for all lifeforms. Alien con is real fun and interesting. Contact in the desert was full of possibilities that we will be forced to co-exist with aliens. Contact-hell yes I say. Shineforth brave and adventurous souls! 87