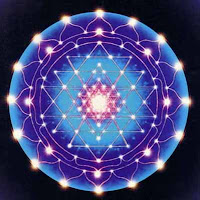 There seems to have been increased interest in deep space, space exploration, alien encounters and especially UFO sightings among the world press in recent months. Speculation of an impending “disclosure event” by government sources has been circulating around the blogosphere. An excellent example of this speculation can be found over at Chris Knowles’ blog, the secret sun.

Of interest to us at tekgnostics are the ramifications of such investigations on humanity’s psyche. One of humanity’s great minds, Dr. Carl Gustav Jung did some revealing work on this subject toward the end of his illustrious life. The following excerpt came from UFOEvidence.org…

While Jung is known mainly for his theories on the nature of the unconscious mind, he did have an interest in the paranormal. In his books 'Flying Saucers: A Modern Myth of Things Seen in the Skies', Jung applies his analytical skills to the UFO phenomenon. Rather than assuming that the modern prevalence of UFO sightings are due to extraterrestrial craft, Jung reserves judgment on their origin and connects UFOs with archetypal imagery, concluding that they have become a "living myth."

"In the threatening situation of the world today, when people are beginning to see that everything is at stake, the projection-creating fantasy soars beyond the realm of earthly organizations and powers into the heavens, into interstellar space, where the rulers of human fate, the gods, once had their abode in the planets.... Even people who would never have thought that a religious problem could be a serious matter that concerned them personally are beginning to ask themselves fundamental questions. Under these circumstances it would not be at all surprising if those sections of the community who ask themselves nothing were visited by `visions,' by a widespread myth seriously believed in by some and rejected as absurd by others."


Jung's primary concern in Flying Saucers is not with the reality or unreality of UFOs but with their psychic aspect. Rather than speculate about their possible nature and extraterrestrial origin as alleged spacecraft, he asks what it may signify that these phenomena, whether real or imagined, are seen in such numbers just at a time when humankind is menaced as never before in history. The UFOs represent, in Jung's phrase, "a modern myth."

Wow- thank you so much for posting this. I'd been wanting to talk about exactly this. I'm going to link to this on the Satellite.

Seeing isn't always believing, or should I say you shouldn't always believe in what you see.
If your using your eyes, then usually an illusion will be the spell casted... Use your sharingan so to speak, the eyes which you use to see when in a tangible dream.