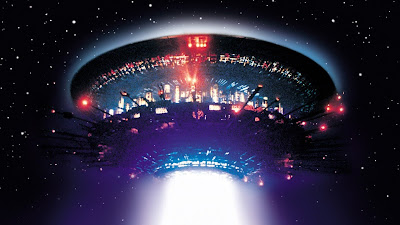 "It is known that there are an infinite number of worlds, simply because there is an infinite amount of space for them. However, not every one of them is inhabited. Therefore, there must be a finite number of inhabited worlds. Any finite number divided by infinity is as near to nothing as makes no odds, so the average population of all the planets in the Universe can be said to be zero. From this it follows that the population of the whole Universe is also zero, and that any people you may meet from time to time are merely the products of
a deranged imagination."

He called himself “AbraHamlet.” He claimed to have been born and raised in Brooklyn, NY…near “toidy toyd & toyd” …an address more rhetorical than real. He was more interested in pun, than place. Disheveled, disturbed, he seemed to fit several diagnoses from the DSM-5. None-the-less, he came off as somewhat brilliant… in a disquieting, sinister way.

He loved wordplay. He especially loved clever rhetorical excursions, dishing out phonetic mix-ups, double entendres, obscure words and oddly formed sentences. He would string together and spit out elongated, protracted puns… and then stare at you, through his impossibly thick glasses, with a maniacal grin on his face.

And what a face… chiseled features, hook-nose, wiry red/brown hair… I swear that if you looked closely, you could make out devil horns just above his forehead, obscured by his bristly locks. Agent 87 and I began referring to him as… “Old Scratch.”

Old Scratch was one of the first people to stop by our booth… booth number 23 (although none of the vending spaces were actually numbered, making set-up half guess-work, half intuition). None the less we set up our vending booth and prepared for the festivities. Contact in the Desert, 2017. Although it was late spring in southern California, there were still remnants of the Sonoran desert super bloom. Several variety of cacti and desert ceanothus were still in flower.

Old Scratch may have been one of the first, but a disparate variety of interesting and widely knowledgeable characters would find their way to our booth at Contact. Over the course of the event, we met and networked with an amazing assortment of conference attendees… individuals with widely diverse backgrounds and expertise. We conversed with crypto currency aficionados, new-age media marketers, cosmically connected world travelers, Bay Area rave-scene kingpins and old-school zine publishers, just to mention a few. 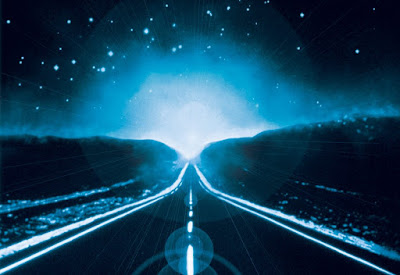 On the trip down, 87 and I considered the logistics of attending the seminars and seeing the speakers that we both wanted to see while keeping the Tek-Gnostics Media booth open for business. Our must-see list included: Jacques Vallée, Graham Hancock, Laura Eisenhower and Andrew Collins. Honorable mention on our “to-see” list included Robert Schoch and Giorgio… although the latter was on the list purely for entertainment purposes. As it turned out, most of said speakers ended up at our booth (much more on this later). Such was the vibe at Contact.

The atmosphere at Contact was one of intimacy and inclusion. Initially somewhat chaotic, once we had set up and settled in, the general vibrations were reminiscent of a huge family reunion/campout. Everyone wore a smile and a wink, acknowledging that you were in on the secret. Interestingly, the common thread that emerged was not merely ET enthusiasm. Although the conference was billed as an EPIC weekend of exploration into extraterrestrial life, it soon became clear that the underlying vibe was more broadly and deeply New Age.

Consequently, a cosmic cabal of the “ascension movement” …conspiring with a robust contingent of 2012 proponents, and perhaps even holdovers from the "harmonic coincidence" (Harmonic Convergence, circa 1987), were clearly present and organizationally instrumental within the Contact in the Desert event. There was, of course, a variety of ET and AAT factions represented. However, the pervasive ambiance at Contact was one big cosmic clan, with the main speakers wandering around, checking out the booths, stopping and chatting with folks and generally assimilating into the overall scene.

A true Cultural Ethnography cannot be achieved without the complete emersion into the culture in question. As the weekend wore on… 87 and I were all in. With that said, the divergent thought streams present at Contact, soon coalesced into an EPIC weekend of exploration of Consciousness. This was the common denominator in the Contact in the Desert equation. The exploration of consciousness had arguably been the central driver of the modern New Age movement, since its inception/revival in the 1960s. The added ingredient at Contact was an unspoken, perhaps assumed preponderance of psychedelia.

The Contact culture expands beyond mere ET and AAT theory (or theology), simply because the idea of extraterrestrial contact cannot be confined to pop-cultural representations. Greys… Reptilians… even Pleiadian space brothers are too narrow of an understanding of what is going on. Anthropomorphic contact may occur, but our understanding of the phenomena ought not be limited to a physical handshake. Such would be a too simplistic understanding of extraterrestrial contact. This experience unavoidably moves into what we at Tek-Gnostics typify as the psychedelic realm. This is the realm that literally (and scientifically) defies physiological explanation.

A broader understanding of contact moves us into the mythic, the psychedelic, the shamanic, the archetypical…

Whatever the Ccontact experience is… it likely involves multi-dimensional realities. What has been called extra-dimensional hypothesis is an idea advanced by Ufologists such as Jacques Vallée, suggesting that unidentified flying objects and related phenomena involve visitations from other realities or dimensions, as opposed to distant star systems within our galaxy. This hypothesis likely involves simultaneous realities wherein the perceived UFO experience may be both physical and extra-dimensional… at the same time. The UFO may be at once a metal-hulled saucer and Carl Jung’s Archetypical Mandala. 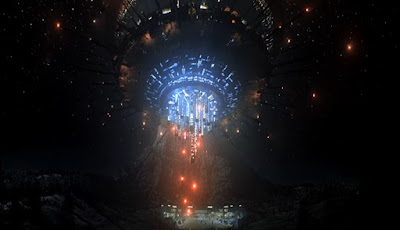 Such conceptions move the ET phenomena into the realm of altered states of consciousness. And this is what the Contact in the Desert conference proved to be… a shared, communal willingness to accept multiple streams of thought as to what exactly is happening, when contact with the “other” occurs. Whatever the ET experience is… it defies simple explanation. It moves beyond normalcy into the nether world of High Weirdness. Strange days have found us.

Throughout the conference, Old Scratch would reappear at our booth, at times both opportune and otherwise. His uncanny likeness to our popular vision of the devil was both unsettling and strangely reassuring. Here was an ancient and time honored representation of the “other.” Just as in Arthur C Clarke’s representation in “Childhood’s End,” Old Scratch conjured imagery, both fair and foul. As he sat there with that maniacal grin on his face, I was reminded of the old Dead line… “A friend of the Devil is a friend of mine.”

In future installments of this series, I will delve deeper into the possibilities of encounters of a psychedelic nature, of extra-dimensional contact, as well as get into the encounters 87 and I had with the above-mentioned speakers at Contact in the Desert. For we were delightfully surprised to have these luminaries appear at our booth. Exceedingly interesting conversations ensued. Stay tuned, intrepid psychonauts… stay tuned!