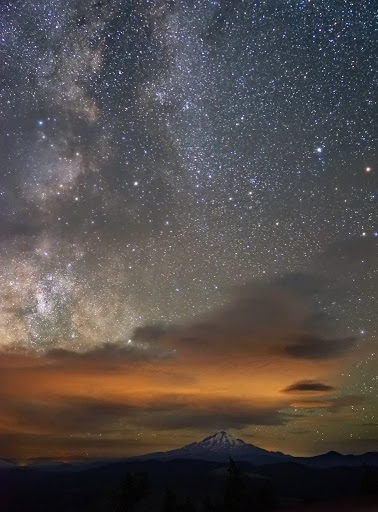 Way back in December of 2012 (12/12/12), we did a post titled: “Triple Twelve - Cloudships over Shasta.” In that post, we reported on all the preparations being made, in and around the northern California town of Mount Shasta City, for the imminent Ascension Activation Event surrounding the Terance Mckenna/José Argüelles/Mayan Factor eschatological happening of 12/21/2012. At the time, this was to be the new-age event to end all new-age events... we mean this quite literally...

Per the Wikipedia page on the 2012 phenomenon: "Various astronomical alignments and numerological formulae were proposed for this date. A New Age interpretation held that the date marked the start of a period during which Earth and its inhabitants would undergo a positive physical or spiritual transformation... and that December 21st, 2012 would mark the beginning of a new era. Others suggested that the date marked the end of the world or a similar catastrophe. Scenarios suggested for the end of the world included the arrival of the next solar maximum, an interaction between Earth and the supermassive black hole at the center of the galaxy, or Earth's collision with a mythical planet called Nibiru." 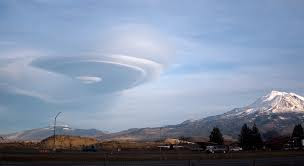 Recently, Mount Shasta... the mountain... is back in the new-age news as the "New Roswell" of UFO activity. In an article by Paul Ratner, the 14,000+ foot stratovolcano in Northern California is reported to be a hot spot for conspiracy theorists. From that article...

Mount Shasta in California has become a nexus of conspiracy theories and unusual events. The latest viral sensation from the area has been a UFO-shaped object that appeared in the skies above the potentially active volcano peak of 14,179 feet on the morning of February 12th, 2020.

Upon closer look, this was (apparently) not an alien spaceship but a beautiful lenticular cloud, the kind that is often shaped like lentils or UFOs, depending on your perspective. It was so convincing, however, that the U.S. Forest Service had to deny its extraterrestrial origins in a statement.

In his article, Ratner goes on to say...

Mount Shasta has also seen other unusual happenings, with a mysterious side hole that appeared over 10 years ago becoming the subject of a documentary. Its sudden emergence connected with local legends about a lost continent of Lemuria supposedly hidden under the mountain. This mythical kingdom would be there along with its capital city Telos.

The first thought of the documentary filmmaker Elijah Sullivan about the giant hole was that it was from people trying to find Lemuria.

"You'll hear a lot of people talking about Lemuria, maybe even asking for directions," he told the news in 2018. "People make pilgrimages here — it's like a New Age mecca."

Having spent a good portion of my life in the shadow of Mount Shasta... I can attest to the mysterious happenings on the mountain. I last summited Mount Shasta on the auspicious date of August 8th, 1988. During that ascent, many synchronistic events took place. However, such tales are better left untold, as the "meaningful coincidence" of synchronicity is likely only interesting to those who experience (their version of) it.

The interested reader will find the entire article at this link. Please enjoy, and "may the forest be with you" 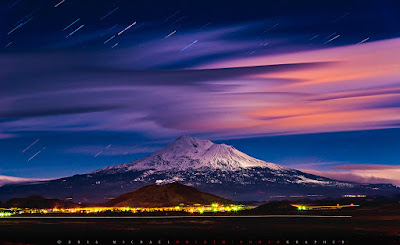 Mt Shasta has the vibe. The mountain has so much to give. I grew up with the majesty of Shasta due south of the home I grew up in. Massive and glorious! I planted trees on it's north face. I climbed it one summer day with my friend Gary. One winter I was part of a clime. Stopped in our tracks half way up, storm was to much. One fine day I ate some cubensis mushrooms. A beautiful summer day it was. The mountain has a voice. It beckons every seeker of the light. to shine forth is key. 87