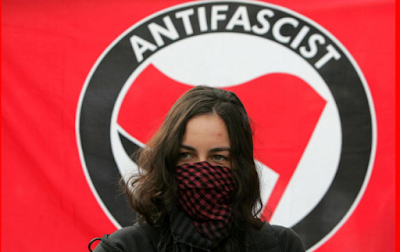 Back in December of 2016, when we first reported on the global impact of the brave-noö information age… when its operating system, the so-called new media was exposed… when the Alt-Right made its astounding rise to prominence in American politics… when the proverbial paradigm indeed shifted… we began the process of identifying and commentating on these events as part of an expansive, more profound socio-cultural phenomenon. We labeled it: Conspiracy Culture International.

In part one of this series, we outlined the transition of the conspiracy theorist, from tin-foil-hatter to savvy and astute social analyst. We laid a philosophical groundwork by introducing the concept of the noösphere (noʊ.əsfɪər). We defined noösphere as the sphere of human thought, derived from the Greek νοῦς (nous "mind") and σφαῖρα (sphaira "sphere"), in lexical analogy to "atmosphere" and "biosphere" as popularized by the 20th-century heretic, Pierre Teilhard de Chardin in 1922, with his theory on Cosmogenesis.

In part two, we explored the brief social experiment known as the American Middle Class, the erosion of the middle… of a distinctly American “common good” identity, and how its demise left a void in America’s self-identification. We examined how the void created by the attrition of the middle had been filled by that which once occupied the periphery… the Fringe. We contrasted the demise of the middle, with the rise of American Corporatocracy and the 1% ruling class, which we labeled: the American Archon.

With our CCI special edition, we made a quick foray into American Neo Nazism, driven by (then) current events…

In this installment of CCI, and as promised back in April, we will now take a brief look at the often ignored community of neo-progressive, post-activist, millennial mind-fuck, rascally tricksters that we call the Noö Left.

After the 2016 presidential election in the good ole’ US of A… many of us were surprised and compelled to recognize the unlikely ascension of the Fringe’s Alt right underground (aka Alex Jones, et al). We watched, momentarily stunned by the poisonous, anti-ethnic mind-virus that was espoused and exploited by a far-right few. However, as we indicated, the Alt-right is but one small, fearful, reactionary faction of this much larger, globally impactful phenomenon.

Rising in opposition to the Alt-Right propagandists is the Noö Left… a rag-tag assortment of liberal political organizers, progressive social activists and economic injustice occupiers… complete with their own propaganda. As ground-breaking as some elements of the noö left have been, such as the widely reported and wildly popular occupy movement of 2011, they curiously seem to be less adept at utilizing the emerging noö info technologies, compared to their far-right counterparts.

Now the wry, social observer may point out that both factions have their “Daddy Warbucks” funding sources, such as George Soros on the left and the Koch brothers on the right. The argument may be that these movements are both being manipulated by different factions of the American Archons. This may very well be… but the contention remains. The worldviews of left and right have a genuine polarity. Real differences in how we want to proceed as a culture remain.

There’s a new kid on the block, and they’re come out swinging. Anti-fa, or anti-fascist, groups have exploded around the country to fight back against growing fascism and Nazism. Anti-fa doesn’t hold back. As the frontline of the new Left, they are willing to fight violence with violence, and have no qualms with shutting down nazis wherever they appear.

For years the black bloc was the only voice of radicalism distinguishing between violence and reactive self-defense. We may now be witnessing something special, as a new generation of activists coalesces around anti-fascism. Anti-fa members do not fall into the trap of political-correctness like so many liberals, but, instead, tell it like it is, and are not afraid to act on their beliefs. They don’t lean on the government for support, choosing to subvert the violent police-state to defend the most vulnerable.

So Lefties, listen up! Over the last forty years, the Left has failed to take bold action to support radical voices. Anti-fa has stepped in to fill the void, but has been met with criticism and dissent. Rather than bashing anti-fa, let’s push further.

Anti-fa is a bright spot on a dark political landscape. But dare I say: the Left is dead if their only radical faction is reactive by nature. Anti-fa coalesces around alt-right rallies, and waits for fascists to appear before shutting them down. But is it possible to build a constructive global coalition on the left beyond anti-fa? How about smashing the global hierarchy, and building a new world from the bottom-up?

The above is from Adbusters.org …you remember Adbusters as the Canadian based grass-roots organization, perhaps most famous for their instrumental role in (un) organizing “Occupy Wall Street.” Sutrisno’s provocative assessment of the Anti-Fa or anti-fascist mobilization, both succinctly describes the power and the flaw in within the group. Their modus operandi is essentially reactionary. Right or wrong, in their militancy to fight violence with violence, Anti-fa either misses or acquiesces the time-honored understanding that violence begets violence. As our affiliate @ BigTime TV indicated in their Operation Mindfuck series: “The use of violence defeats the purpose of any OM, by resorting to the very tactics that are utilized by the brutally repugnant regimes that the Mindfuck operation seeks to expose.”

In fairness to Anti-fa, many anti-fascist protestors have indicated that Anti-fa’s physicality in opposing neo-Nazis had kept them from further injury, at recent altercations.

Returning to the observation that the Noö Left is playing catch up to the Alt-Right, at utilizing the emerging noö info technologies… an interesting point was recently raised by a media pundit (who shall remain nameless) concerning Anti-fa. His comment was that Anti-fa has a public relations problem, in that many in America don’t even realize that Anti-fa stands for: Anti-fascist. The pundit’s point was that Anti-fa needed “re-branding.” From all appearances, Anti-fa is exceedingly clear on their role and responsibilities.

What is becoming clear in regard to the pundit’s thinking… is the need for a deeper understanding of the ramifications of what the voice behind the weblog Global Guerrillas, John Robb calls political “open-source insurgency” and the evolving nature of how disruptive politics are played. Per Robb: “The political parties and the media aren't the primary actors in the US political system anymore.  Increasingly, politics is being waged online by networks. These networks have already replaced many of the functions previously accomplished by the political parties.  They have also rewired, likely forever, how we consume news.”

Again, the global impact of the brave-noö information age and its operating system, the so-called new media… ie: facebook, Breitbart, etc, is rapidly changing the nature of public discourse and governance, here in the US of A and abroad. In this sense, we all need to play “catch up” to these technologies. In the not-too-distant future, if you want to vote… “There’s an app for that.”

Meanwhile, the Noö Left organizes. The traditional alliance of activists, educators, and others who campaign for social change and for a broad range of reforms on issues such as civil rights, gay rights, abortion, gender roles, and immigration policy, have been mobilized by the Alt-Right’s success. Add to this coalition the traditional alliance of labor unions and workers rights, the environmental movement, re-energized by the immediacy of climate change… and a significant progressive bloc begins to emerge.

In closing this edition of Conspiracy Culture International, we return to the above question raised by Sutrisno…

But is it possible to build a constructive global coalition on the left beyond anti-fa? How about smashing the global hierarchy, and building a new world from the bottom-up? Resist! Resist! Resist! is the only chant we hear echoing through the streets, directed towards Trump Tower and the White House. How about: Dream! Dream! Dream!