In the strange realities of the 2020 presidential election, even the crazy, uproarious events of the 2016 elections... Wikileaks, the Steele dossier, Comet Pizza, Russian shenanigans... all of it... appear as "quaint" psyops of an earlier, more innocent time. Careening toward November, our sitting president sees clashes between far right and left factions as politically advantageous, rapid-firing tweets and inciting the faithful with brutal rally comments, well-crafted to fan the flames. Meanwhile, the Democratic challenger is haunted by his own political track record, and hounded by questions of his own cognitive capacity.
They may not be much to look at... but these are the guys we got.
"Our country has grown increasingly polarized over the last few decades. Our elected officials’ dedication to their political affiliation has effectively worked against the people’s better interests. Recent history has proven that very little good comes from partisanship. Our country’s representatives’ dedication to their political affiliation has only brought conflict and hate, provoking each other into petty fights and even violence. The increasing political polarization has aliened many Americans and ensured that a majority of people vote not on their own party’s policies but their dislike for the opposition party. Around 62% of Democrats and 68% of Republicans say that they vote based on the fact that the other party is bad for the country. Alienation, partisanship, and unchecked representatives do not make for a healthy political environment."
- Amanda Parisse, Social Media Mgr, Divided We Fall
Back in March of this year, during the Democratic primaries, our affiliate YouTube mind station: BigtimeTelevision (23) put out a MindF@#k! public service announcement. It didn't get much attention at the time, as the COVID pandemic was barreling down on a (mostly) unsuspecting world citizenry. But given the extreme state of anarchy that U S presidential politics has devolved into... this simple little BlipVert is not only more relevant today... it seems downright prophetic.
So we are pleased to present to you... dear discerning readers... uncensored and in its entirety...  BT23's "Nobody For President! 2020" ...please enjoy.
Now we recognize that there are many among us who cynically maintain that the whole carnival side-show is rigged... or staged by "the powers" to demonstrate a semblance of Free & Fair elections... but here's the thing. What if the whole show is so chaotic, so anarchically helter-skelter, that nobody IS in control? If that is the case, then BT23's candidate has already won!
Maybe it's for the best... after all, Nobody Cares! Nobody knows how to fix the political morass we find ourselves in. Nobody will look after your best interests. Nobody makes better apple pie than mom! Nobody's Perfect! 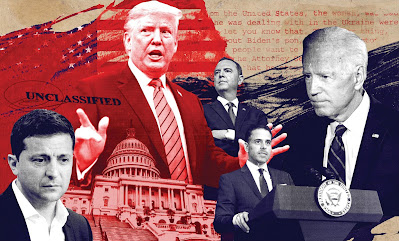 So we can take the pessimist's view and not vote... or we can take an optimistic view. Maybe our votes do count! Maybe voting is an exercise in civic responsibility! Maybe the Damn Horse Will Fly!!! Dare to be Naïve! Dare to take the chance that your political opinion counts, even in these crazy times. Don't worry about what your more-savvy friends might think!
There appears to be a lot at stake this November. It seems prudent to cast your ballot, just in case. If nothing else, stake a claim on what you believe to be the right vision for the future of the American Democratic experiment. Standing up for your beliefs will do your soul good. Besides... if your vote doesn't count... why all the voter suppression?
What do you have to lose? So... as our current president suggests... VOTE EARLY & VOTE OFTEN!!!
Posted by Jack Heart at 9/03/2020 10:18:00 AM

If I was an American citizen (and thank heavens I'm not) I would be voting the Donkey vote, but I don't trust them much more than I trust Trump and his House of Cards.
Maybe Nobody does do it better after-all?-) -

Clearly, Carly Simon specifically wrote that tune in support of Nobody! Maybe she had a brief tryst with BT23’s favorite candidate... After all... Nobody Does It Better! Cheers! - JH

If you vote then election time is when these clowns have to pretend to care what you think. If only for a short time. That ain't nothing. The only reason to avoid indulging in this free entertainment is if you think your vote really should mean something and politics really does have all the answers. But only if only your belief is pure enough. Don't make me laugh.

Damn right! Vote this dysfunctional compassionless drug addict out of office. Lordee lordee, Biden isn't the bomb, but he will do just fine. Back to my Ecotopia head quarters. Shine forth brave souls. 87

If I can't make you laugh... I aspire to at least make you chuckle!

Never voted, and I seriously doubt I ever will. Not saying I haven't involved myself in politics (I have) but that I only involve myself in ways that I believe can work. Voting has never been one of them. Among other things, because it involves supporting a party, and I never, ever support parties. I support policies.

I wonder why nobody in power says that?

Funny thing. Policy making has all but disappeared in the U S political system. Other than the “stimulus package” the legislature has not done any actual legislating. Apparently this takes too much time away from campaigning and appearing on op-Ed cable news. It might be time for you to break with your long-standing tradition, and vote for BT23’s candidate, because: NOBODY WILL TAKE POLICY SERIOUSLY!!!