Tek-Gnostics on Recluse's "The Farm" podcast 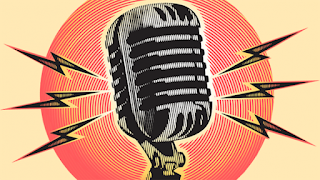 My esteemed colleague and fellow investigator of the Fortean Fringe, the mighty Recluse... was gracious enough to recently invite me on his podcast: The Farm. As you know, Recluse is the proprietor of the great para-political Weblog: VISUP. Over the years, VISUP has been an invaluable resource for all things Fortean. What I have always admired about Recluse, has been the due diligence he brings to every article he publishes. The exhaustive, well-documented and footnoted research that Recluse performs, places his work a cut-above most other para-political documentarians.

Recluse and I have bantered back and forth over a myriad of topics over the last few years, often cross-referencing each other’s posts. Of note was his work entitled: The Dark Enlightenment and More Mellon Madness, where Recluse took a deep dive into the Mellon Family and the suspicious death of heir Mathew Mellon, during an ayahuasca retreat in Cancun, Mexico.

As Mathew Mellon was also known as an early Bitcoin Whale, the strange tail turned a few obscure corners into the realms of cryptocurrencies and artificial intelligences. In his post, Recluse referenced a post I did, titled: Singularity Unchained – Artificial Intelligence & Crypto-Currency. Needless to say… the ensuing tales get stranger and stranger.

Inspired by Recluse’s work, I recently posted a follow-up on all the Dark Enlightenment craziness, titled: Rise of the Nerds - Eschatological Singularity. It goes into the nefarious denizen of the far right, "Mencius Moldbug" and the whole appropriated Cthulhu mythology of the so-called Dark Enlightenment.
This, dear readers, is the jumping off point for our conversation on The Farm. Other covered topics include my recently completed Tek-Gnostics Trilogy, as well as a wide range of esoteric musings, including…

Yeah, we covered some ground, I can tell you!

Check out the podcast… we had a blast recording it! I have embedded the show below, for your listening pleasure…

I don't know why the Mandela effect remains to stubbornly confusing to me. Mechanical explanations like bad wiring in the memory modules are just mechanistic, and anyway the mechanics of brain are still not understood to that level. Parallel universes are too conveniently junk sciency. There is just something unusual about mental connections made before a certain date or dates in the past. Did you know that most people lack the ability or desire to enjoy new music after the age of 33 or so? Well, I'm supposed to trust that because some study said so, although studies like this are often deeply flawed.

Mark Fisher, a founder member of the CCRU, argued that mental conditions are today seen as intrinsic properties of the individual while in the past they were more often seen as political issues. Things were best solved not by pills but by correcting the individual's relation to the world. Although, with his last unfinished work, he was convinced to describe his cure as being "acid communism" despite having had no personal interest in psychedelics. There was some point being made about the supposed cultural potency of boomer/hippy political movements.

Recluse and I, in both the on-line and more-so in the off-line interview... toyed with the notion that the fabric of reality, may indeed be more malleable than is commonly thought... that our timeline may not be a linear, one-way flow, but rather “unstickable” ...as possibly evidenced by the Mandela effect. In fact, we went way beyond that conjecture to entertain the notion of a reality-ending event, followed by a humanity-wide dream event, where our old world ended and we have entered a consensual Dreamtime reality.

Given that the members of the CCRU took massive amounts of Methamphetamine, their logic may be somewhat suspect.