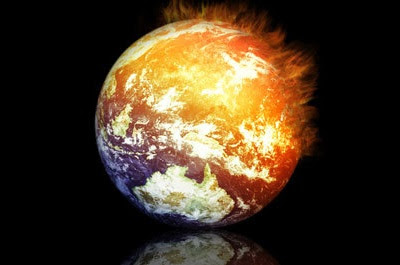 Humanity is awash in all manner of foibles. Some can be beneficial… others… not so much. One of your author’s character flaws, that has nevertheless been of reasonable service… is my tendency toward contrarianism. The word contrarianism denotes a person who expresses a contradicting viewpoint, especially one who denounces, or even ridicules the majority opinion. This modality is often accompanied by cynicism in our modern, alternative facts world.
In journalism, contrarianism is characterized by articles and books making counterintuitive claims, or attacking conventional wisdoms on a given topic. A classic contrarian trope (one in fact used by your author) is as follows… “Everything you Know is Wrong.” This Firesigntheatresque slogan serves as a universal wakeup call to all smart-alecks who suspect that life ain’t what it seems.
Waking from your nightly slumber aside, the idea of waking up becomes a philosophic conundrum. Waking up is an anciently-occurring metaphor, handed down from the likes of Sumerian priests, Babylonian witches, Greek philosophers, Gnostic zealots, and the like. It is the sting of the Zen master’s rod, that comes up-side your head, with an enlightening shock… wake up monkey!
So it is worth taking a look at the idea of waking up… especially in our cynical age of political correctness and wokeism. In the 21st century, wokeism was originally used as an adjective, intended as an alert to racial prejudice and discrimination. Following the shooting of Michael Brown in Ferguson, and other, horrific incidents, wokeism took on a broader connotation of social inequalities such as sexism, the rise of identity politics and social justice, and the realization of white privilege. 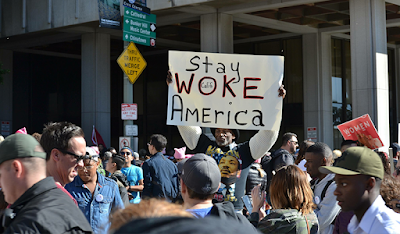 Interestingly, the term Woke has deep roots within the African diaspora. The phrase Stay Woke had emerged in the 1930s, referring to an awareness of the social and political issues affecting African Americans. This phrase was famously uttered in a recording by the great blues musician: Lead Belly.
Predictably, the Alt-Right seized upon the term woke in an ironic way, as an insult for various leftist movements and ideologies perceived (by the Right) as over-zealous, performative, or insincere. The term is used to mock over-righteous liberalism. On the American right, woke… like its cousin canceled… bespeaks political correctness gone awry. There are times, god help me, when I think these criticisms are somewhat warranted.
The cynic in me, thinks that political correctness does indeed go too far. The contrarian in me, thinks that the “piling on” of political correctness and/or wokeism does indeed diminish the truth of systemic racism, and the correct expression of outrage that the predator/dominator culture of Jim Crow still holds its cronyistic grip on the world-view of much of the United States of Amerika. 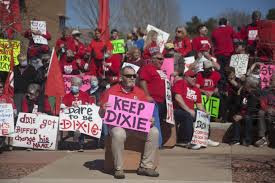 But here’s the thing… I look at the sorry state of Amerikan politics… the chasm that exists between the progressive verses conservative movements. I observe the machinations of the extreme Left and the extreme Right… the fight for justice and equality verses the gerrymandering, “leave well enough alone” obstructionism...  and I conclude that, given their foibles, these two extremes do not equate.
I compare the 20-something, black-clad antifa protestor, chanting “I can’t breathe” and “black lives matter” …to the tactical, teflon vest-clad white-nationalist, chanting “blood and soil” and “Jews will not replace us” …and I come to the inevitable conclusion that one side has a darker heart… is influenced by darker impulses.
One side appears to promote a more equitable and just world (remember the tattered old trope: with liberty and justice for all?). While the other appears to be nothing more than foot-soldiers for the predator/dominator paradigm. I will leave it up to you, dear, intrepid reader, to decide for yourselves, which is which.
But here’s the other thing… wokeism, over time, does take on the trappings of political correctness. Wokeism thereby falls into the trap of political chicanery. As PKD so eloquently said... “To fight the Empire is to be infected by its derangement. This is a paradox: whoever defeats a segment of the Empire becomes the Empire... it proliferates like a virus, imposing its form on its enemies. Thereby it becomes its enemies.” Infected wokeism goes too far in its judgment… and not far enough in applying the compassionate work required, to heal the wounds of divisiveness and work toward justice for all. After all… we are all in this together.
Again, the idea of waking up, is a time-honored tradition of enlightenment… not a buzzword. The rascally Zen master recognizes the illusion of  duality, and possesses the simple secret that the “wake-up” metaphor points to living in the moment… setting aside thoughts of time-travel to the past or future. Paradoxically, the very utterance of “be here now” misses the essential…
To the enlightened ones… the very idea of waking up, was a joke. The biggest, most cosmic joke of all. So in this most profound sense… woke’s a joke. This does not mean that nothing matters, or that we, as a people, should not pursue the ideals of liberty and justice for all. After all, we still live in this world. So while we’re here… perhaps we could try just a little bit harder to share the space... for at the end of the day… we’re all in this together.

One great post Mr. Heart. Where is Gnosis? Why do people kill each other! The Empire never ended me thinks. Shineforth brave soul. 87

87...
Gnosis resides deep within the sound of one hand clapping...

I understand that many people at these protests found "antifa" annoying in that they always seem to want to take over local demonstrations and create confrontations. The origin for the term was from the German Social Democratic organization of street battles against the far right and communists. They lost, of course, so as a strategy it was a failure.

It is a strangely transplanted tradition that speaks of academic studies that somewhat miss the point. Many of the people in it would claim to hate "Social Democrats" and instead claim to be communists, who the original antifa were militantly opposed to. It is a confusing mess.

Historically, a movement which more successfully opposed the far right street gangs was in London, where a much more inclusive message was sent out. It was the Irish dockworkers who successfully fought off the police, who were protecting far right marchers. Not skinny students dressed in black masks. On one hand, this could be said to be good recruiting propaganda for the right, who could recruit more "on the fence" people who had strong feelings about law and order. On the other hand, it sent a message to government about how certain decisions by them could make the city very hard to govern.

Applause! Excellent post! Thank you!
Of course, two days later, Chris Knowles wrote, "Worse still, Woke corporatism demands complete submission and total obedience above all else, not to mention full-throated acceptance of the Narrative." in this boring series of boring disturbing nonsense screenshots.
https://secretsun.blogspot.com/2021/12/seasons-memeings-right-down-santa-claus.html
I do not believe that garbage. More reasons to avoid Twitter.
Speaking of being woke and awakened, I found these two petitions on change.org addressed to The Awakened Population.
https://www.change.org/p/the-awakened-population-planetary-liberation-now
https://www.change.org/p/liberation-of-mother-gaia-is-a-priority-now
Should those two petitions be signed or not? Seems like a just righteous cause to support. Is it the right thing to do or not? Who is The Awakened Population? What happens when The Awakened Population receives the signatures?

Thanks for your kind words... yeah, Chris displays a sharp wit in his response to wokeism. I checked out change.org... although there has been some criticism about the transparency of their donation requests, the site looks harmless enough. Who the Awakened Population is... is indeed the question. Let me know ASAP if you find the answer!

According to Cobra or whoever started those petitions, the Awakened Population numbers 144,000. Are they the same 144,000 mentioned in the Book of Revelation? Not sure if Cobra Resistance Movement actually intends to place a stack of signatures on anybody's desk. Apparently, signing the petition is the first step in a two step activation. The second step is a mass meditation planned for December 21.
https://www.welovemassmeditation.com/2021/11/divine-intervention-activation-on-december-21st-at-4-pm-utc-1221.html
https://www.welovemassmeditation.com/2021/12/sisterhood-of-rose-interview-with-cobra-divine-intervention-activation.html

Once again... good research! It is seemingly hard not to correlate the 144,000 awakened population, indicated in the links (you provided) above, with biblical writings. As you have shown, the biblical reference to 144k, is being equivalenced with a new age, ET narrative. I suspect you are right... no stack of signatures. Taking a quick glance at the material, it appears that the 144k signatures somehow trigger the next step, instigated by benevolent off-worlders. To what end? Proverbial Disclosure?