The Prophecy of LSD-25 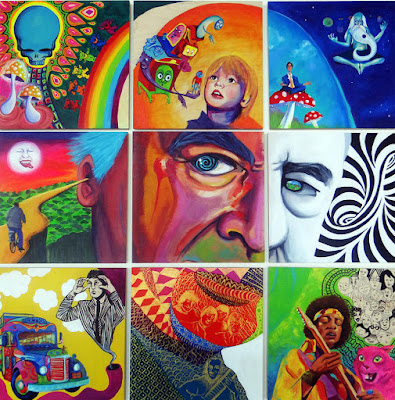 In my first book: The Tek-Gnostics Heresies, I touched upon the mysterious origins of the psychedelic compound, LSD-25. In addition to going into the commonly accepted narrative of 1930’s and 40’s era scientists at Sandoz Pharmaceuticals, experimenting with various ergot derived compounds… In addition to retelling the misadventures of the notorious: Albert Hoffman… I also considered the synchronous, esoteric ramifications of LSD-25, the next synthesized, psychedelic, cosmic trigger…

“As we shall see, the parallel re-emergence of psychedelic culture during this time, along with renewed interest in the paranormal, suggest that these synchronistic events arose organically, in tandem or “as if in response” to the rising power of technology. That the realm of the psychedelic would re-emerge in the modern world via the scientific discovery of the chemical compound, LSD-25, only strengthens the mythology that psychedelia re-arose when it did, as a counter-balance to technology. It is as if the ascension of the psychedelic experience arose as a cure… an inoculation… to the viral growth of technology.”

I also touched upon the ramifications and interest that World War Two era Military Intelligence (the Office of Strategic Services, or OSS, which would become the CIA) had in LSD-25. Again the common narrative held that MI was interested in utilizing the newly synthesized psychedelic as a truth serum or more nefariously as a Manchurian Candidate style Brainwashing chemical…

“The great irony is that MK-ULTRA and the CIA, in their sinister quest to develop and exploit the ultimate truth serum, (for use against foreign agents, both real and imaginary, as well as paranoia induced domestic threats) were instrumental in “unleashing” these profound substances upon the American public. For these incredibly powerful psychedelics, both synthesized and naturally occurring, to be suddenly made available to the masses, at such a crucial time in American history, seems more than a coincidence.

It has been said that man was invented by water, as a means of transporting itself uphill. Similarly, it is as if these psychedelic substances “had their own agenda.” The ways of universe are mysterious indeed. In fact, these psychedelic compounds, as a component (read: intelligence agent) of our mysterious universe, seemed to have found their way, as if “of their own accord,” …to the very people who were ready to receive them. Magic Mushrooms, Peyote and LSD-25 became the Eucharist of the counter-culture that caught fire simultaneously on both the East and West coasts, in the late 1960s.

By their own hands, the tyrant spooks of the military-industrial complex unintentionally ignited a firestorm of psychedelic resistance to their manipulations and control. Blinded by fear, believing their own propaganda, they inadvertently shed light upon their own nefarious activities. The counter-culture of the 1960s, “turned on” by psychedelics, launched the first counterstrike against the Evil Empire. The “Heads” of the counter-culture found strong allies in the civil rights movement and to a great extent spawned the environmental movement.” 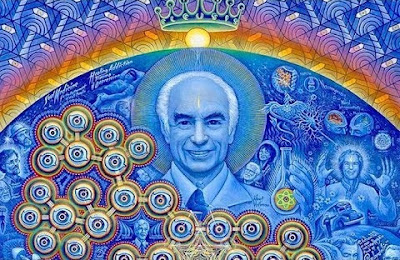 Last week I read an article by Xavier Francuski, in Psychedelic Times… that explores the literary prophecy of LSD-25’s creation… a decade before Hoffman’s infamous bicycle ride. In 1933, Austrian novelist Leo Perutz published a novel called “St Petri-Schnee” (English version – Saint Peter’s Snow). From the article: “In the novel, St Petri-Schnee is an ergot-type fungus that attacks wheat, rye, and barley. Perutz tells a story about a gentleman scientist by the name of Baron Malchin, who, inspired by historical records of its sacramental use, isolated a hallucinogenic drug from this fungus. As the story progresses, the effects of this psychotropic substance are covertly tested on the population of a small, isolated village, and the substance itself ends up catalyzing a mass renewal of religious enthusiasm.”

The events in Perutz’s novel would actually transpire a decade later at Sandoz Pharmaceuticals, in much the same way. Check out this article. It is well worth the read and expands our pop-historic understanding of psychedelia...

The Psychedelic LSD was Prophesied a Decade Before It Was Discovered

Posted by Jack Heart at 11/28/2019 11:06:00 AM
Email ThisBlogThis!Share to TwitterShare to FacebookShare to Pinterest
Labels: Heresy, Mythology, Psychedelia

hossam abdelsamad said...
This comment has been removed by a blog administrator.
November 28, 2019 at 1:41 PM

There was a very probably "mass trip operation" In France in 1951 (8/17), in a little town named Pont-Saint-esprit / "Bridge-Holy-Spirit" (Jackie bouvier/Kennedy had ancesters coming from there):
https://fr.wikipedia.org/wiki/Pont-Saint-Esprit#L'affaire_du_pain_maudit

During your researches are there any books along the lines of Albion Dreaming by Andy Roberts you can recommend that go into detail re: acid, it's origins (including the history of Sandoz) & how it came to be adopted by academia as a panacea for the tumult heralding the "dawning of the age of Aquarius"?

Have you read "Storming Heaven: LSD and the American Dream" by Jay Stevens? It is a good history from this side of the pond. - JH

Thanks JH that was one I couldn't recall along with The Harvard Psychedelic Club How Timothy Leary, RAM Dass, Huston Smith, and Andrew Weil Killed the Fifties and Ushered in a New Age for America by Don Lattin, "killed"... hmmmnnnn