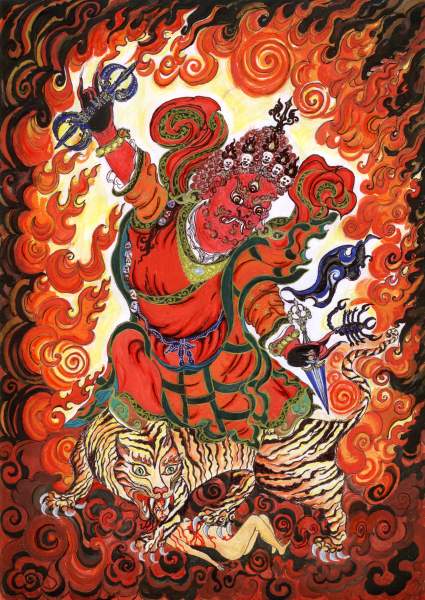 On October 21st, I posted what may sadly become a series of posts. “Apocalypse Now – Fire and Water” speculated upon the dynamic nature of our rapidly changing climate, which describes the characteristics of weather over long periods of time. The post examined climate change, the earlier, newage version: “Earth Changes” and the result of climate change, as evidenced by West Coast forest fires and East Coast hurricanes… Fire and Water.

“Fire and Water” also covered the related environmental “Trial of the Century.” Juliana v. United States is a lawsuit that is being brought by 21 young plaintiffs, accusing the federal government of causing them harm by failing to protect them from the effects of global warming. This week, a Federal judge overseeing the kids' climate change case has bowed to the strong signals from SCOTUS and even the supposed liberal 9th Circuit… granting interlocutory appeal, which means the 3-year-old case will not be going to trial for the indefinite future.

17 days after that original post, the so-called “Camp Fire” erupted in the Sierra Nevada foothills of Northern California. The wildfire grew rapidly near midday Nov. 8, consuming 10,000 acres (15.5 square miles) in about 90 minutes… charing more than 70,000 acres in a day's time. In just two weeks, the Camp Fire destroyed more structures than the state's other seven worst wildfires combined.

What was horrifically stunning was the fire's ferocious pace. It literally consumed the town of Paradise, California (pop. 27,000) in those first 14 hours. The fire has also killed nearly three times as many people as California’s historic wildfire death toll count… a record that stood for 85 years. With 850 residents of Paradise and the surrounding area still missing, the death toll will likely rise.

Shortly after the Camp Fire broke out, the Hill Fire erupted in Southern California near Thousand Oaks. And yet another, the Woolsey Fire, has burned 100,000 acres and destroyed at least 1,500 structures.

“We're seeing urban conflagrations, and that's the real phase change in recent years,” says Stephen Pyne, a wildfire expert at Arizona State University. It used to be that fires destroyed exurbs or scattered enclaves. But what's remarkable is the way they're plowing over cities, which we thought was something that had been banished a century ago.”

The consequence is fires of unprecedented, almost unimaginable scale. California cities are no longer safe from fire, and with climate change, things are only bound to get worse from here. Consider that seven of the 20 most destructive fires in state history have burned just in the last year.

On a personal note, I have traversed the country where Paradise was once located, many times. The country between Chico, CA and Lake Tahoe is beautiful, indeed. In the autumn, easterly downdraft winds rapidly dry out vegetation, just as the famous Santa Ana winds do. The combination of strong winds and tinder-dry conditions are a recipe for disaster. As our climate dries, these conditions will only worsen.

One outcome is painfully apparent after the devastation in Paradise and Malibu… raging wildfires, demon-like in their ferocity, indiscriminately consume Working Class homes in Northern California, as well as the affluent mansions of Southern California. Like the hurricanes of the East Coast, western wildfires are climate change induced, equal-opportunity disasters.

Nov. 23rd Update: The Federal Government just released an enlightening new report on climate change and mankind’s impact on the environment. The 1,600-page document paints a bleak overview of the threat global warming poses in the United States, both climatically and economically.

“Earth’s climate is now changing faster than at any point in the history of modern civilization, primarily as a result of human activities,” National Climate Assessment researchers wrote in Volume II in their report on climate change... tick-tock-tick.

Other installments of the Apocalypse Now! Series...