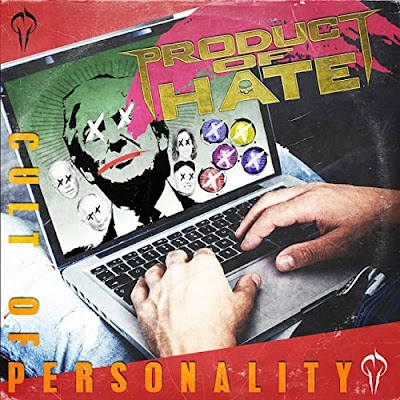 Ever since the attempted coup d'état on January sixth, 2021… the citizenry of these United States of America have been living in the upside-down, alt-reality world of campaign conspiracy and election denial. This unsettling existence has driven a doubling down of zealously within certain factions, while leaving the rest of our citizenry scratching our collective heads. Incredulity led to concern as certain, unprecedented and un-probable actions (such as the 2021 Arizona recount) demonstrated that the un-named faction was very serious about overturning the 2020 election results. 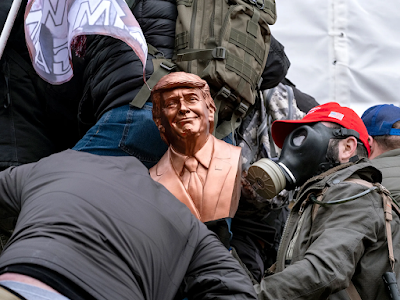 In the aftermath, many of us watched the U S House of Representatives Select Committee on the January 6th Attack, with keen interest. As you know… Jan 6 Committee held televised hearings, showcasing the highlights of their findings on Network and Cable News stations, although some network news outlets chose not to air the proceedings.
Again, as you know, the select committee, comprised of seven Democrats and two Republicans, initially convened on July 1st, 2021… and had been charged with the investigation of the attack on the U.S. Capitol on January 6, 2021, which was the culminating last action taken by Donald Trump and his loyal factions… in their desperate attempt to overturn the 2020 US presidential election.
These hearings demonstrated an exceedingly likely plot to not only stall the official counting and certification of the electoral votes, thereby throwing the peaceful transfer of power into chaos… but a very chilling black operation, driven by Trump loyalists within the Secret Service, to effectively kidnap Vice President Mike Pence, disallowing him to oversee the proceedings.
The committee also demonstrated compelling evidence of organization and direction by Trump, of his paramilitary groups, to strategically breach the weak points in the Capitol Building’s defenses, effectively leading the mob inside the Capitol Building. This coup attempt was orchestrated by Trump and his lieutenants, who were operating from the now-infamous “War-Room” command center, located in the nearby Willard Hotel.
The committee hearings culminated in a subpoena being issued to the great Robber Baron/Trickster King himself. “Most Americans can only identify one or two Supreme Court cases. Brown v. Board of Education is one, and Roe v. Wade is the other. Roe is actually a pretty popular Supreme Court opinion. Around 60% of Americans… and a majority of independents… believe that it should not be overturned.

With the court striking down Roe v. Wade, it has cemented its position as being more conservative than the majority of Americans and more in line with (MAGA) Republican voter’s position. I think this ruling will draw attention to how conservative the court has become. And given how polarized everything has become in American politics, I would expect that people who are liberal or Democrat will view this court with skepticism and distrust.”

This ultra-conservative, reactive infestation of American politics has demonstrated the fragility of any democratic form of government, as well as how quickly seemingly stable governments can descend into nationalistic, fascist influence. There is more commonality between Trump and Mussolini than merely their jutting jaws… fascism is alive and well in the United States of Amerika.

One of the most shocking outcomes of the January sixth coup d'état, was the complete demise of the Grand Ole Party. Once US Representative and Republican leader Kevin McCarthy visited King Trump in exile at Mar-a-Lago… once McCarthy bent the knee and demonstrated his undying fealty to Trump… the Republican Party has proven to be nothing more than a cult. 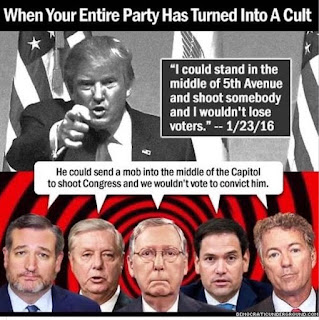 Like a covey of quail, the Trumpian, Republican covenant scurries to and frow… professing election fraud… spreading disinformation… fomenting fear and loathing… and plotting nothing less than the violent overthrow of a duly elected Federal government. The recent attack on Paul Pelosi demonstrates quite clearly that deadly violence is an acceptable tool in the current Republican arsenal.

As politics move forward in the U S, the antiquated thinking of a balanced, two party system of governance evaporates into nothing more than smoke and mirrors. Currently, the U S political landscape has one rule-of-law party, complete with such republican conservatives as Senators Joe Manchin and Kyrsten Sinema, as well as brilliant progressives such as U S Representative Alexandria Ocasio-Cortez and representative-elect Jonathan Jackson.

As seemingly popular as the Republican Party currently is… it does not function as a bona-fide political form of governance. To embrace the great Robber Baron/Trickster King as prophet and savior, reveals the cultish vehicle that the GOP has become. The Republican party of today is a grotesque caricature of just how far a formerly respectable political party can fall.

This false equivalency continues to plague our Federal Republic. The traditional two-party system of governance cannot operate when one party abandons the rule-of-law, in favor of a cult of personality. As the GOP has abdicated all actual governing responsibility, the job of governance has sadly fallen to the Democratic Party. Sad, not due to lack of talent or earnestness… but rather sad, due to the fact that one Party must govern such a polarized political reality.

Time will tell if the Democrats can hold things together long enough to allow a new political paradigm to emerge. Make no mistake however… the GOP in it’s current configuration does not govern. Their actions betray the reality that the GOP seeks to install autocratic rule in America. They don’t like all the young, progressive, diverse, black and brown people who are fast becoming this country’s majority.
In the meantime… the real, long-term threat to our country, as well as world populations, continues to ravage our coastlines and interior. Even as the election results of the 2022 mid-terms were being announced on cable TV… Hurricane Nicole pounded Florida’s southwest coast, knocking homes into the Atlantic ocean and killing 4 souls. In the wake of hurricane Ian, Nicole symbolically formed, as if to underscore the transitory nature of partisan politics. 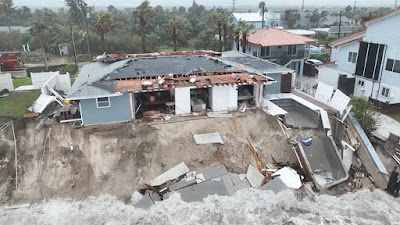 Hurricanes, wildfires, drought, heatwaves… all point to the existential treats we all face. Support for climate change initiatives represent the most hopeful, forward thinking and inspiring elements of President Biden’s administration. These are the policies that our young, progressive, black and brown, queer and straight citizens… those who are fast becoming this country’s majority… care deeply about. And of course they care about these issues… for it is their future that has been sold out by the very old-guard curmudgeons who seek to eliminate majority rule… in favor of autocracy.
Support for rule-of-law governance has never been so vital to a peaceful transition into what comes next for the American experiment. Hey… the Democrats aren’t much to look at… but they are all we have got. We all want to see the old, predator/dominator paradigm fade into obscurity… we just need a peaceful bridge in governance to get us there.
So before you buy-in to Republican demagoguery, recognize the false equivalency that still exists in popular media reports. The GOP has devolved into a fascist cult, hell-bent on autocratic rule. They cannot be equated to what remains of rule-of-law governance, as endeavored to by the Democratic Party. You don’t have to be a die-in-the-wool Democrat, you just have to recognize a peaceful way forward… and those who will best get us there.
Labels: Liberty Politics