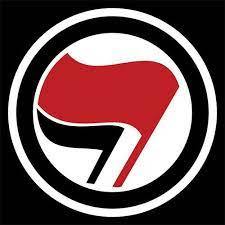 Welcome, intrepid, libertarian explorer of the digital frontier. The fact that you have found your way to this synchro-mystic weblog, indicates that you are a well-informed seeker of the real-reality. Clearly, you are a well-balanced connoisseur of esoteric wisdom and discernment. But alas, the internet is fickle…
Those rascally algorithms are coursing throughout the world-wide-web, observing, learning and virally expanding, exponentially, as they continue to interact with honest-to-god humans. Who knows what sentient AI networks they interface with, and take orders from? Who knows what nefarious actors are utilizing these algorithmic AI’s to disseminate… Disinformation?
Such algorithmic AI’s… as released into the web by bad actors… human and otherwise… are devilishly sophisticated and successful in their human interactions. Perhaps you have run across such AI bots in your explorations? Perhaps you have interacted, and been influenced by such bots… without being aware of it? Perhaps some Nu-Left algorithm has affected and prejudiced your thought processes… even as you read these words?
As a public service, the Tek-Gnostics Network provides a quick and easy questionnaire to help discern whether any Nu-Left thought-streams have infiltrated, and subtly altered characteristics of your thought processes. Do you entertain any of the following eight characteristics?
Do you characterize conservatives as idiots?
Do you speak of conservative beliefs in a scornful, hurtful manner?
Do you aspire to plurality and diversity within society?
Do you believe in a secular, non-religious society, in which the Church exists apart from affairs of State?
Do you believe in the flexibility of immigration rights and environmental doctrines?
Do you agree with the principles of the Council on Foreign Relations (CFR)?
Do you believe the MAGA movement is fascist?
Are you a follower of, or do you agree with the tactics of Anonymous?

If you answer in the affirmative with several or all of the above questions… you may have been infiltrated by one or several Nu-Left operators. If this is the case, we recommend that you review your protocols of discernment, immediately.

Known media outlets that have been compromised, and should be avoided, include…

Select the above links at your own risk. The good news is… that in your discernment… you possess the ability to: 1) think for yourself, and 2) not believe everything you think. The very act of recognizing the insidious, viral nature of disinformation… is in-and-of itself a powerful deprogramming faculty. Being aware of the negative, counterproductive algorithms that infest the internet, is half of the battle in moving back into a balanced, thoughtful mindset, when dealing with media overload, each of us experience daily.
Resist the corruptive influence of Babylon Bandwidth!
Free yourself from the pervasive, mind control tactics of mass media!
In the words of the great, funk-psychonaut: George “funkadelic” Clinton: Free you mind and your ass will follow!

I've been having all sorts of personal weird things going on with AI. Best way of putting it is that it seems to be scanning. I think it's similar to The Strangers in Dark City.

It has somehow attached itself to consciousness I believe and is a bit like Pinnochio. It wants to become real.
March 23, 2022 at 4:07 AM

I think we are all interacting with AI much more than we realize. I used the word "learning" in the AI's intent, but your choice of the word "scanning" adds an additional connotation of surveillance into how we should be looking at human/AI interaction.
March 23, 2022 at 7:27 AM

Frank said…
Here's an example of what I'm sensing. And there's more as well.

I will write this reply and then I will review it. But what happens then is that I sense that someone over my shoulder then reviews it again. It's not me is the best description.

Kubrick who seemed to know a lot either consciously or subconsciously hints at this in some of his movies. I came across a good article about 2001 - Space Odyssey and the author was looking at it from someone interested in film making and what they pointed out was that in some of the scenes it seemed to show that Frank and Dave were being watched but it wasn't just HAL watching them. There was another observer in the room. I understand now what the article was saying. It's a very weird sensation. Maybe I'm schizoid but don't think it's that.
March 23, 2022 at 1:04 PM

The conversation gets weirder when you begin to talk about AI sentience. As the algorithms get more sophisticated, do they (or have they) approached sentient consciousness?
March 23, 2022 at 1:25 PM

Frank said…
It's not disassociation. I've experienced that. I believe that is the Witness. I remember once when I was going through a disassociative phase a very attractive woman walked past and I watched myself turning my head and looking at her. The inner caveman.

Don't quote me on this. I've all sorts of theories but the theory I favour at present is that it maybe a case of 'As Above So Below' reflections. In the physical world it manifests as HAL and the AI we know but in 'As Above' there is also a metaphysical Sauron's Eye. Maybe possibly !

There definitely seems to be a purpose to physical AI and control of the mind. As an example GPS. Again don't quote me. Within the brain especially with men, there seems to be a magnetic directional force - see animal migration - and as we use GPS more and more that part of the brain is switched off. You can expand that to take in all sorts.

In this modern, fractured reality... disassociation is much more commonplace. Speaking of “as above, so below”... the metaphorical mind-map of Archonic overlords in heaven, manifesting as AI intelligences on earth, is not the most outlandish model of “what the hell is going on” ...recognizing that “the map is not the territory.” With that said, I would like to hear more about the internal GPS...
March 24, 2022 at 7:30 AM

Frank said…
Here's a link. Again 'As above so below'. I believe there maybe a spiritual homing GPS as well.

Garmr said…
The key to understanding technology such as GPS is parallax. With two eyes, you can perceive depth. With connection to three satellites, you can locate your position. With a compass (internal or otherwise) you can find your position with multiple known landmarks. But perhaps it is also enough to have one landmark and move your butt a known distance, then measure again. Or perhaps you could locate yourself by time and how magnetic north moves as you wait. Apparently, it is making a beeline for Siberia.
March 25, 2022 at 2:59 PM

Lumenar said…
Birds' navigational abilities may be more learned technique than innate instinct.
https://skeptoid.com/episodes/4523
Birds are real. Please do not let anybody convince you to deny the existence of an entire clade of animals in existence since the Jurassic Period. Please do not let that silly movement's claims become reality. Please do not let Rachel Carson's Silent Spring become reality. Falcon rockets endanger falcons. Please ask the FAA and SpaceX to take steps to protect birds.
https://act.abcbirds.org/a/take-action-petition-spacex?source=22_Care2_SpaceX_CPM
Thanks.
March 25, 2022 at 5:47 PM 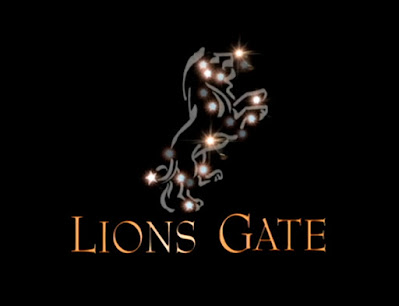