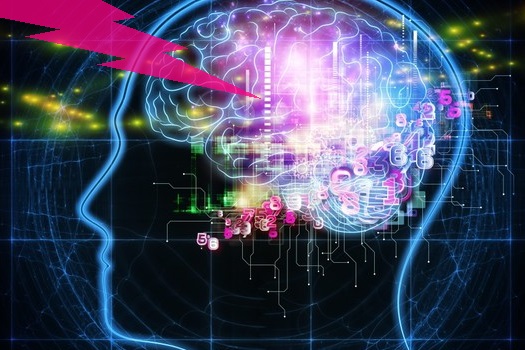 Smart Drugs were a big thing back in the early Cyber-punk days of the late 1980’s/early 1990’s. This fad came and went. In 2011, the film Limitless* staring Bradley Cooper, hit movie theaters across the globe. Through this movie, a whole new generation of would-be psychonauts were introduced to the possibility of nootropic “smart drugs” such as the film’s NZT-48 pill. Consequently, there has been much renewed interest in nootropics, with a thriving, grey market appearing for them, globally.

*Limitless Film recap: Eddie Morra (played by Bradley Cooper) is a laid-back writer that lives his life in chaos and misery. He is plagued by the writer’s block and is also stressed by a rapidly approaching deadline. His life becomes even more of a mess when his girlfriend dumps him because of his financial uncertainties. Eddie seemed to be driving straight into a wall. However, one day, he gets his hand on this pill (NZT-48) from an unidentified pharmaceutical company that is advertised as a “smart drug.” Having nothing else to lose, he tries the pill, and suddenly he becomes more focused and more productive than ever. He begins cleaning his house. He remembers details from long ago. He writes a new book that is highly praised by the publisher. His life suddenly feels worth living.

The next day, however, the effect disappears and he crashes. This is when he realizes that he needs to take the pill every day if he wants to remain the “smart guy.” Although his supplier had been murdered, Eddie found his stash and hid it for personal use. Ever since then, he began improving his life, focusing on his career, on being fit, on socializing more, and even on learning new foreign languages. His brain could handle it now. 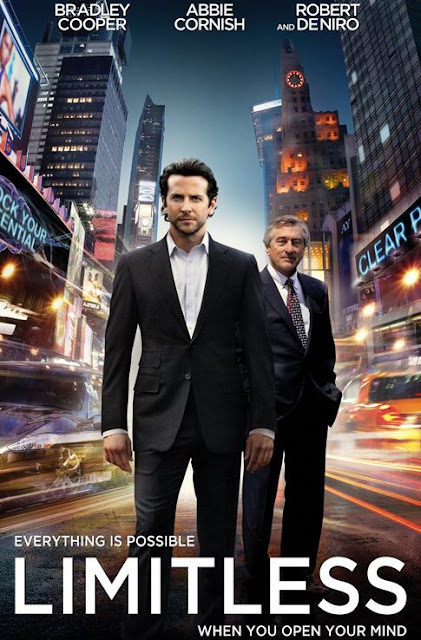 Today, you can see ads and stories all over the internet with claims about finding NZT-48 (even some products which are named NZT-48), in an attempt to market what quite often is a mediocre product or outright sham. Although not as miraculous as NZT-48… Modafinil has been labeled the “Real Limitless Pill” on college campuses…

“But there's one pill rising to the top in Britain and overseas: the "Limitless pill," Modafinil—the only smart drug clinically proven, as of last year, to actually work. It makes people alert, but isn't quite as intense as others. So could popping pills to concentrate be the new normal in the near future? The dramatic rise of modafinil use in universities suggests: yes. As many as one in four students are said to have taken it, and in 2013, Sky News found that there was a black market for the drug on campuses, with students bulk-buying it and selling it on.”

In its most basic sense, Modafinil is a nootropic that is composed of both right-handed and left-handed enantiomers to make a substance that is both fast-acting and effective. Popular generic versions of Modafinil are Modalert and Modvigil. While not strictly a stimulant, Modafinil reportedly increases the speed of thought and helps with focus and attentiveness during tasks. It can act as a mood booster as well, which adds to its ability to help in social situations. It works by boosting the activity of dopamine, serotonin, and histamine in the brain. 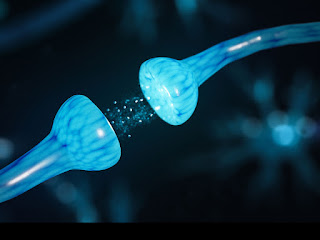 Modafinil is most commonly used in the treatment of: Narcolepsy, Obstructive sleep apnea, and Shift work sleep disorder. Additionally, Modafinil is also known as effective eugeroic medication. In other words, it works as a powerful cognitive stimulant by boosting energy levels, especially in those who have Parkinson’s Disease or Multiple Sclerosis.

Primarily, Modafinil functions by enhancing specific chemicals and neurotransmitters within the brain. These include glutamate, serotonin, histamine, dopamine, and GABA. Its effect on the central nervous systems is as follows:

Boosting Histamine Activity in the Brain

Multiple studies have shown Modafinil to be a powerful cognitive enhancer, particularly within individuals who suffer from sleep deprivation and related disorders. Its effectiveness extends to the point where it has been used to treat individuals suffering from mental disorders as they often experience deteriorated cognitive functioning. All in all, it covers the full cognitive spectrum.
In its role as a cognitive enhancer, Modafinil reportedly works to improve:
Intellectual performance – Learning – Thinking – Reasoning - Problem-solving - Memory retention - Decision making - Attention span.
“A 2012 study of 18 helicopter pilots by the Warfighter Health Division of U.S. Army Aeromedical Research Laboratory found that Modafinil was a veritable solution for maintaining "acceptable levels of mood and performance during sleep deprivation" in periods of sustained wakefulness up to 40 hours. In a 2004 study of 10 F-117 pilots "Modafinil attenuated flight performance" for up to 37 hours of continuous wakefulness. The French air force includes them (Modafinil) in the ejection seat survival packages of fighter jets.”
- Limitless Mindset website
In the interest of psychonautic exploration, this blogger obtained (don't ask how) some Modvigil 200 tabs. My intent was to experiment on my own nervous system, as to the cognitive effects of this purported, miracle nootropic. It takes about 45-60 minutes to take effect. It has a half-life of 13-15 hours, so I anticipated that it would transform the course of my entire day. What follows are the field notes of this experiment...
Modafinil Field Trial - 12/4/20
Initial trial - taking 200mg of “nootropic” (smart drug) Modafinil. This substance is known to be a cognitive enhancer. Although how it works is unclear, one possibility is that may affect the areas of the brain involved with the sleep cycle.
8:00am - Ingested 200mg modafinil (brand name: Modvigil).
8:54am - slight cognitive arousal. Sensations reminiscent of pre-entheogenic tingling... likely psychosomatic anticipation.
9:21am - scalp tingles... again, reminiscent of pre-affect psychedelic excursions. No jitters... Performed website maintenance, answered e-mails, did some writing... good concentration and recall. Didn't look up until mid-morning.
10:40am - slight nausea, possibly from coffee on empty stomach... ate banana w/yogurt.
11:30am - commute to work. hyper-concentration during drive. Although not aware of it at the time, I am pretty sure the speed limit was exceeded... made good time to the office. Enjoyed the aesthetics of the ride to work... sunlight glistening on newly fallen snow.
12 noon to 5:00pm - good, consistent focus during office activities... time seemed to fly by. The usual mundane chores seemed very interesting to me... did some webpage design that (in my opinion) turned out great. Inspired to re-work some old design... good artsy-creativity. also put in an hour or two of writing, with good result.
5:00pm - commute home. Energy and focus. Again, enjoyed the ride.
9:00pm - Energy and concentration still apparent. Still awake after dinner and cocktails... good mental energy and focus, unusual for this time of evening... usually a little sleepy after a good meal.
11:00pm - Began to unwind and think about bedtime. Read a chapter in "The Immortality Key" by Brain Muraresku. Dozed off somewhere 'round midnight.
2:45am - Woke up and immediately was wide awake. Classic beta-wave mental activity. Did not drift off to sleep (as is normal), but ended up on iPad till dawn.
Note: Perceived symptoms of discomfort during the day... slight tightening of chest, noticed will driving car. This was a fleeting sensation. Slight, fleeting headache, centered on temples. Not sever, but noticeable.
Counter Indications: Some bad news about Modafinil… it's an antibiotic that suppresses 800 different types of bacteria. While it's not quite as dangerous as powerful antibiotics like Cipro, Clindamycin, or the Fluoroquinolones which nuke your gut microbiome, it could contribute to antibiotic resistance. Intake of Yogurt, or other healthy microbiome foods is recommended.
- End Field Report 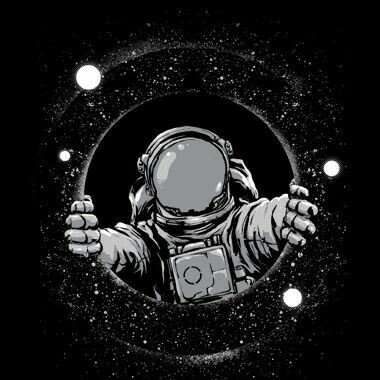 During the following day, I had no symptoms of fatigue from waking up early. Usual bedtime at the end of the day. This field test did not produce dramatic effects, such as one might experience during an acid trip. No hallucinations or extra-terrestrial contact. No grand epiphanies or encounters with machine elves. However, there was also no social anxiety or erratic mood-swings. I was able to communicate with cohorts without awkwardness or self-consciousness.
The trial did produce antidotal evidence of prolonged concentration and mental energy, with little adverse side-effects. Looking back, I am completely satisfied with my work-rate during the experiment. Tedious, as well as creative tasks were equally entertaining to me, during the day. My productivity was good and I did not lapse into boredom, or for that matter, daydreaming... during the day. All in all, my experience was a positive one. This is your intrepid psychonautic field reporter, signing off.
Posted by Jack Heart at 12/19/2020 01:37:00 PM

Lordee,lordee, I have a notion I will experiment with the brain food also. I will have my data posted on my site Synchrodelic Atmosphere. What Gnosis for the adventurous day tripper! To shine forth is key 87