Culture of the High and the Strange, Pt 1 - Cultural Origins 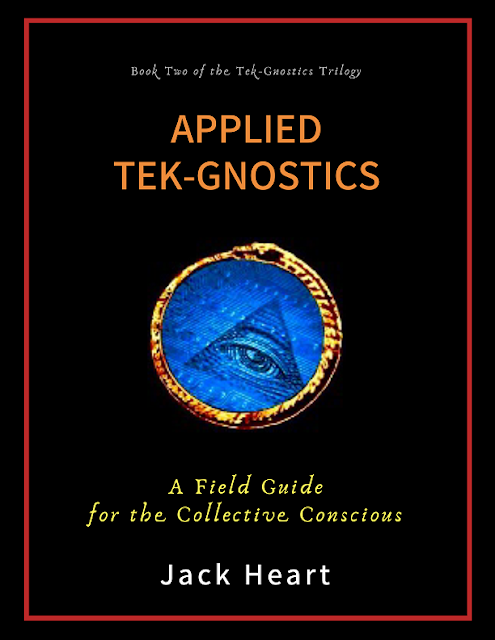 “I look and I look... I must have come to the wrong planet…
It’s so strange here...”
- Sigbjørn Obstfelder
The following is an excerpt from book two of the "Heresies" trilogy, Applied Tek-Gnostics. It is taken from chapter two, titled: ANTHROPOLOGY - Sociology and Individual Agency. The above link will take you to our products page, or as we call it, our HEADgear catalogue... but the trilogy books are also available through Amazon, ibooks and other fine purveyors of print and e-books.
In part one of this weblog series, we investigate the archaic origins of human culture, as it pertains to ancient ritual, notions of the afterlife, and divination...

Much of book one of the Tek-Gnostics Trilogy focused upon the amazing advancements of modern humanity as chronicled in our recorded history. For convenience of discussion, we had encapsulated human history into a round, 10,000 year number. This was the accepted timeline for human civilization by 20th century archeological standards. Recent archeological evidence, unearthed at sites such as the now-famous Göbekli Tepe in southeastern Turkey, suggests a much older timeline for human civilization. 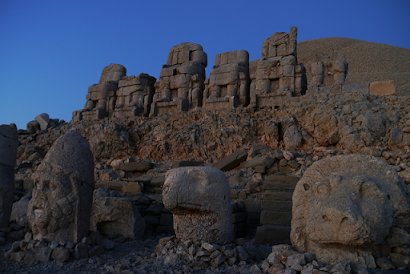 As we indicated in book one, continued archeological investigations push human civilization’s timeline to ever earlier dates. 21st century analysis of artifacts recovered from caves in South Africa reveal that the residents were carving bone tools, using pigments and making beads over 44,000 years ago. These early humans even decorated bone implements with a spiral incision that was then filled with red-clay pigment. Such adornment suggests a creative aesthetic.
Archeology is an exceedingly interesting branch of anthropology, as it seeks to identify civilizational origins through the study of human artifacts. However, if the archeologists study ancient burial mounds, flint shards and bones, it is the anthropologists who study the socio-cultural aspects of human civilization. For it is the earliest evidences of abstract thought, such as decorative craft, art, and especially ceremonial burial observances and ritual, that mark the true transition to early human society and cultural permanence.
It was precisely these first observations of burial rites that mark humanity’s earliest abstractions of an afterlife, and by extension, the understanding of spirit and the continuation of spirit after death. Once humans began to think beyond the confines of a single lifetime, the conceptions of past, present and future, moved beyond mere survival considerations. This was the true inception of culture, mediated religiosity and human modernity.
It can be argued that whatever triggered the inception of burial rites also triggered the first attempts at prognostication and divination. Humans have striven to foretell the future ever since the first soothsayer rolled out a “fistful of bones” to interpret their meaning. Forecasting ritual has been with us since the end of the Paleolithic era. Over time, the archaic soothsayer gave way to the oracle and oracular institutions, which became the early mystery schools of Antiquity. In turn, the ancient mystery schools (or mystery “cults,” depending on one’s critical disposition) slowly gave way to organized religions. As such, divination and religion have, for good or ill, always been intertwined.
Occurring on a parallel timeline with the oracular mystery schools was the ancient tradition of theatre. The earliest theatric performances were “high ritual” and ceremony. They presented the sacred mysteries to initiates and spectators. The early Church’s “passion play” was a theistic descendant of these mysteries. So it was the ancient bard and thespian’s role to provide sacred information as entertainment. Thus modern theatre (and modern stage magic) has its roots in presenting or demonstrating the mysteries to a broader audience. 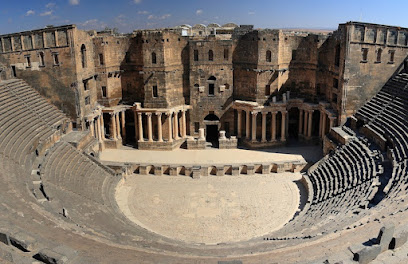 Accordingly, it can be further argued that, along with observances of the dead… divination, ritual and theatre are the foundations of archaic culture. The understandings of such, by the general population over time, took the form of: legend, music, oral histories, proverbs, superstitions, jokes and tall tales. Taken together, these understandings became popular social beliefs, or: “Folklore.” In our modern era, folklore is rapidly morphing into a new form of popular or “pop” mass-media tek-lore. New forms of media, such as weblogs, podcasts and video sharing platforms replace traditional media such as newspapers, radio, and network programming, even as they, in their time, had replaced the oral histories of folklore.
Therefore, it is important to remember that even with the incredible changes occurring in today’s mass-media and infotainment-driven culture, these platforms were built upon a foundation of ancient ritual, designed to predict the future. The tales being told today on social networks are indeed the Noö Folklore. But what examples of this critical prognostication and divination function, exist in today’s pop-media?
Early in the 21st century, the archaic tradition of seeking meaningful, synchronistic information through oracularity (utilizing the artful abilities of the oracle) re-emerged as if in response to the rise and proliferation of pop-culture. Reportedly, the term “Synchromysticism” was coined by one Jake Kotze, in August of 2006 for an article posted on his website: “Brave New World Order.” In that article, Kotze defined synchromysticism as: “The art of realizing meaningful coincidence in the seemingly mundane, with mystical or esoteric significance.” Thus, the cycle of divination, ritual and theatre “comes ‘round again” in our modern infotainment era.
Applied Tek-Gnostics explores the possibilities and probabilities of our near future, as seen, in part, through the collective lens of modern mass and social media. For in the Jungian sense, the pop-cultural overlay of social media platforms, provide deep insight into our collective unconscious. Globally networked pop-media broadly reflect the state of our collective psyche, via what trends to the top of the “most viewed” or “most liked” hierarchy of content on social media platforms.
In this context, it is not enough to simply provide rudimentary Tantras and Yogas designed to assist in navigating our Brave Noö World… Applied Tek-Gnostics must also provide perspective and intuitive insight on the “high weirdness” that permeates our modern, pop-culture. This is… in turn… achieved through the context of past systems, applied to modern social constructs.
Not unlike the pioneering synchromystic mentioned above, Applied Tek-Gnostics pursues the prognostication of a future just beyond the horizon, through critical observation of mass media, as interpreted through an applied, synchronistic art … the art of realizing meaningful coincidence in the seemingly mundane. In our explorations, it is precisely through the recognition of synchronicities that the ways of Universe, and probable near-futures, are revealed to us.

In part two of this series, we will delve into the High Strangeness of our resulting electronic, post-truth media culture, and the emerging Brave Noö Future that awaits us...
Stay tuned...    - J ♥
PART TWO   ~   PART THREE
Posted by Jack Heart at 8/07/2020 11:00:00 AM
Email ThisBlogThis!Share to TwitterShare to FacebookShare to Pinterest
Labels: Anthropology, Archeology, Mythology, Synchromystics, Tales of Wonder, Teachings