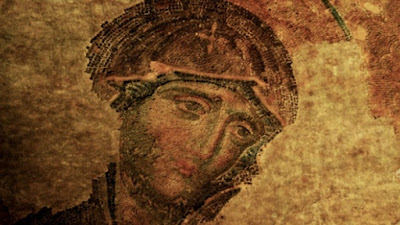 Everyone loves Sophia… and why wouldn’t we? She is the Great Mother, the mythic personification of Gaia... at once Mother Earth and Mother Nature. In her role within the Gnostic mythos, Sophia is the feminine personification of wisdom. Sophia represents the great feminine principle, analogous to the human soul, yet also simultaneously… the feminine aspect of that which shall remain un-named (aka: God). The ancient Gnostics held that she was the syzygy (female twin… divine Aeon) of Jesus… and the Holy Ghost of the Trinity. In regard to HER divine partnering with the Christ, the following has been adapted from Wikipedia, and elsewhere…

Depending on which of the various Gnostic mythologies are told… Sophia is portrayed as a “fallen figure,” whose divinity brings about the manifestation of the material world. In the Gnostic text, the: “Pistis Sophia” …the mythic tale is told of how the Christ is sent from the Godhead in order to bring Sophia back into the fullness (Pleroma) of that which remains nameless. Christ enables her to again see the light, bringing her knowledge of the spirit. Christ is then sent to earth in the form of the man Jesus to give humanity the Gnosis needed to rescue themselves from the physical world and return to the spiritual world.

Within Gnosticism, it is important to remember that the Gospel story of Jesus is itself allegorical: it is the Outer Mystery… used as an introduction to Gnosis, rather than it being literally true in a historical context. For the Gnostics, the drama of the redemption of the Sophia through Christ or the Logos is the central drama of Universe. The divine Sophia resides within all humans as the Divine Spark (Holy Ghost).

Sophia is the giver of wisdom in a myriad of forms, across many cultures. She is the feminine heart and soul of the Earth. She is Shakti in Sanskrit, the powerful Hindu personification of feminine wisdom, and the personal and collective linking soul as atman, realized in the transcendent state of samadhi (Gnosis). She is the compassionate boddhisatva Avalokiteshvara in Buddhism, returning to light the path to nirvana (Gnosis); personified by the deity Guanyin.

She is both Mother Mary, in her ascendant form, and Mary Magdalene, as the earthly companion of the Christ potential in Christian Gnosticism. In Jungian psychology, she is the unifying power (“individuation”) of both the feminine and masculine archetypes, anima and animus, and of the lower self of the psyche with the higher spiritual self (Gnosis).

The above video is the latest installment at the Tek-Gnostics YouTube Channel. It presents excerpts from the sacred Gnostic Codices of the Nag Hammadi library archives, titled "The Thunder - Perfect Mind." A special shout-out goes to the great Miguel Connor at Aeon Byte Gnostic Wadio for bringing to our attention the audio portion of our production. His website and podcasts are an important resource for those interested in the mysterious workings of Gnosticism.

While you are at it, please visit our other Tek-Gnostics Portals...

Hail Isis! In your eyes!
To shine forth is key!
87