Walking Each Other Home - in memoriam 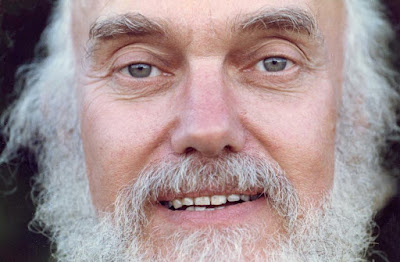 As you all know by now... Dr. Richard Alpert, aka: Baba Ram Dass (April 6, 1931 to Dec. 22, 2019) shed his mortal coil last Sunday... the day after the winter solstice. Ram Dass will be remembered as the brilliant young professor from Harvard University, circa 1950's... one of the infamous "Harvard Three" professors, who (with Dr. Timothy Leary and Dr. Ralph Metzner) conducted the Harvard Psilocybin Project, circa 1960's... legendary proponent of LSD... early spiritual seeker, who popularized traveling to India in search of a guru... author of the classic 1971 "Be Here Now" ...and, in turn, before his passing... spiritual guru to a sizable portion of humanity. He will be missed.

Unlike his most notorious associate, Timothy Leary (who not only embraced notoriety but actively pursued it in his advocation of LSD... ultimately fulfilling the modern media trickster role that Universe so humorously cast him in), Ram Dass pursued the spiritual technologies of the noble Hindi tradition. In the end, his great capacity for love and service elevated him to one of the modern world's most beloved teachers.

Since Sunday, many have written, more eloquently than I... on the life and times of Baba Ram Dass. In my profound respect, I would offer the following memory...

In one of his many lectures, Baba Ram Dass was asked (during the Q & A section) his opinion on the appropriateness of the use of psychedelic substances by youths. He thought long on the question... When he finally answered, he said (here, I am paraphrasing due to an imperfect memory): "Before you learn to become no one, you first must learn to become someone."

This simple yet profound expression of the importance of the maturation process... not only in the question of psychedelic use... but in the natural course of one's life... has always stuck with me. In the adventurous pursuit of growing up... of mutating into the adult human form... one should never rush or try to force the process. Before experiencing the spiritually transformative process of ego death, one must fully mature in the ways of mundane existence. Through life's natural timeline, one must grow into one's maturity.

This was the precious gift... the nugget of wisdom that Ram Dass so graciously bestowed upon your humble blogger. An understanding of life's necessarily perfect unfolding. The course of one's life proceeds at its own perfect pace.

So for all you young, ambitious psychonauts out there... Don't be in a hurry to grow up. Enjoy sitting at the kid's table while you can. The pertinent lessons of youth and adolescence become essential in adulthood. All good things in all good time. Remember the loving words of Baba Ram Dass... Be Here Now. (If not... get there later... Bazinga!!!)

Joke via Zizek about the overbearing ego of no ego.

There is an old Jewish joke, loved by Derrida, about a group of Jews in a synagogue publicly admitting their nullity in the eyes of God. First, a rabbi stands up and says: “O God, I know I am worthless. I am nothing!” After he has finished, a rich businessman stands up and says, beating himself on the chest: “O God, I am also worthless, obsessed with material wealth. I am nothing!” After this spectacle, a poor ordinary Jew also stands up and also proclaims: “O God, I am nothing.” The rich businessman kicks the rabbi and whispers in his ear with scorn: “What insolence! Who is that guy who dares to claim that he is nothing too!”

I resemble that remark!