Enemy of the People vs Pop News 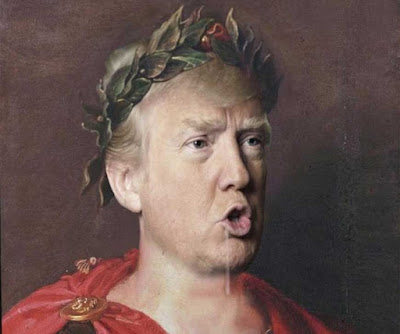 Since his election in 2016, our current president (often referred to as: “The Orange One” by those who know him best) has repeatedly used the phrase “Enemy of the People” in reference to the American Press. His use of the term is very fascinating and revealing. Prior to the Orange One’s adoption, the term has had a long and sorted history of usage.

The phrase dates back, at least to Roman times and the reign of Emperor Nero. The fiddle-playing Nero was declared "an enemy of the people" by the Roman Senate. Alas that the current American Senate could muster any such resolve.

It famously came into use in the modern era during the French Revolution. “Ennemi du people” was used to refer to those who disagreed with the new French government during the "Reign of Terror" …a period during which thousands of revolutionaries were executed by that most-efficient instrument of death, the guillotine. 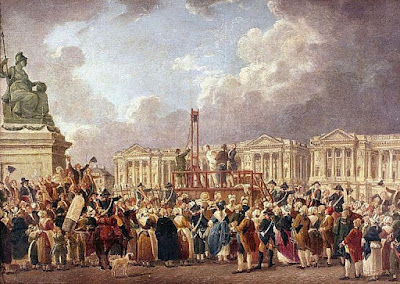 The term was used prominently in the 1930’s and 40’s by the Nazis. During the Third Reich's rule in Germany, Propaganda Minister Joseph Goebbels referred to the Jewish population living in Germany as "a sworn enemy of the German people."

Another infamous figure from the 20th century to use this phrase was Joseph Stalin. During the early years of the Bolshevik revolution, first Vladimir Lenin and later Joseph Stalin used the term “vrag naroda” (enemy of the nation/people) to refer to those dissenters who questioned the ideologies of the Soviet Union. This would include anyone from the clergy who did not want to adopt state-enforced atheism… to writers… to political opponents who questioned the actions taken by the Bolshevik government. In those times, such a designation would earn you a one-way ticket to a “gulag” or forced-labor camp. 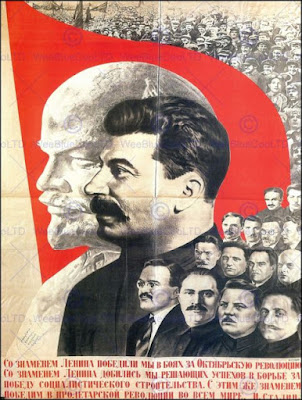 "All leaders of the Constitutional Democratic Party, a party filled with enemies of the people, are hereby to be considered outlaws, and are to be arrested immediately and brought before the revolutionary court"

So it is very revealing that the Orange One uses this notorious phrase. He uses the term in a very strategic, calculated way… as an instrument in the waging of the Culture Wars that ravage the good ole’ US of A.  Make no mistake… the Orange One knows exactly what he is doing with his use of “Enemy of the People.”

Although to level this accusation at the press is completely inappropriate… the president himself being more of a threat to the people… there are fair criticisms that can be brought against modern media journalism. The Orange One and others are joyous in their labeling the press as “Fake News.” Even though one could argue that this accusation has not been evenly applied across all news networks, there are more accurate critiques that can and should be considered.

The tabloid press, the paparazzi, and sensational, yellow journalism, have combined over the years to erode journalistic ethics and standards. Driven by the George W era monopoly of news organizations, the relentless pursuit of profit, and the rise of social media as a news source… little wonder the press’s reputation has been in decline. With that said, there is still good journalism being produced, and the Fourth Estate is still a critical guardian and protector of liberty, acting as a counter-balance to an over-ambitious political rabble.

Still, much of modern media’s news organizations are hell-bent to deliver catchy headlines in our increasingly negative, 24/7 news cycle. This quest for market share has been the driver of the press's decline in believability. In this day and age… we are not dealing with Fake News… we are constantly being bombarded with… Pop News. News meant to be tantalizing and sexy… something that can compete with the Kardashian sisters.

So... dear discerning reader, as you go about your day… maybe surfing the channels for an update on the latest, up-to-the-minute “desperate as usual” political scandal… remember…

Goodnight ladies and gentlemen, and have a pleasant tomorrow. 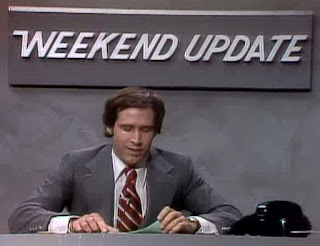