The Four Waves of Artificial Intelligence 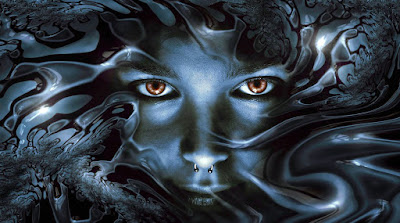 Kai-Fu Lee is a venture capitalist, technology executive, writer, and an artificial intelligence (AI) expert. He is currently based in Beijing, China. Lee’s résumé, pertaining to Artificial Intelligence, is impressive. He has held high ranking research and development and executive leadership positions at Microsoft, Apple, and Google. Lee is the founder of the AI/tech-oriented venture capital firm: Sinovation Ventures.

Recently, Lee authored a book, titled: AI Superpowers… wherein he lends his considerable expertise in examining the near-future technological, financial and marketing rollout and “power balance” between Chinese and US tech behemoths… each turbocharging new applications of deep learning and sweeping up global markets in the process.

Based upon the AI foundation that has already been implemented, Lee identified “Four Waves” of globally applied AI, that are in process as we speak. This is the “state of the art” in terms of how AI, not only affects our daily lives but indicates the likely trends of where and how AI executes (with the help of humans) what has been eschatologically described as: Technological Singularity.

The First Wave: Internet AI
In this first stage of AI deployment, we’re dealing primarily with recommendation engines—algorithmic systems that learn from masses of user data to curate online content personalized to each one of us… ie: Amazon’s product recommendations, YouTube’s “Up Next” video, or Facebook ads that know what you’ll buy before you do. This tech is in place and affects each of our thought processes daily.

The Second Wave: Business AI
Internet AI takes advantage of the fact that we, through our on-line interactions, are constantly identifying, labeling and voluntarily contributing data via clicks and other engagement metrics. Big business AI jumps on the data that traditional companies have already labeled in the past, via on-line sales, etc… ie: banks issuing loans and recording repayment rates, hospitals archiving diagnoses, the proliferation of imaging data, and municipal, state and federal courts algorithmically noting conviction history, recidivism, and flight.

The Third Wave: Perception AI
In this wave, AI gets an upgrade with eyes, ears, and myriad other senses, merging the digital world with our physical environments. As sensors and smart devices proliferate through our homes and cities, we are on the verge of entering a trillion-sensor economy. The “internet of things” was just the beginning (Siri, can you keep a secret?). 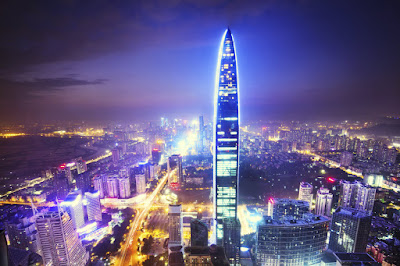 The go-to city for startups building robots, drones, wearable technology, and internet of things infrastructure, is Shenzhen, China. Turbocharging output of sensors and electronic parts via thousands of factories, Shenzhen’s skilled engineers can prototype and iterate new products at unprecedented scale and speed.

The Fourth Wave: Autonomous AI
Finally, the most monumental… and unpredictable… wave is the fourth and final: autonomous AI. Integrating all previous waves, autonomous AI gives machines the ability to sense and respond to the world around them, enabling AI to move and act productively. While today’s machines can outperform us on repetitive tasks in structured and even unstructured environments, machines with the power to see, hear, touch and optimize data will be a whole new paradigm.

Imagine if you will: swarms of drones that can selectively spray and harvest entire farms with computer vision and remarkable dexterity, heat-resistant drones that can put out forest fires 100X more efficiently, or Level 5 autonomous vehicles that navigate smart roads and traffic systems all on their own. The development of these intelligent machines will ultimately revamp entire industries from the ground up.

Artificial Intelligence is here and the above four waves are pretty good indicators of what is to come, based upon what’s already been implemented. This is where the eschatological angst of technological singularity enters our collective consciousness.

The reality of these implications is this: Although it appears that we are at a crossroads… we are always at a crossroads. The situation is always desperate, as usual. The simple choices each of us make today, impact (perhaps dramatically) the outcomes of the future. The situation could turn out bad… or it could turn out good… the choice continues to be ours. It remains a question of vision.

We have long advocated the vision of an Intelligence Amplification (IA) path, where humanity intelligently (and compassionately) leverages an emerging technological singularity for the betterment of humanity.  In fact, IA is a likely singularity scenario, given our intimate relationship with our technologies. IA is something that is proceeding very naturally, as we create an interface with increasingly sophisticated computer systems. Every time our ability to access information and to communicate it to other humans is improved, we have achieved an increase over natural intelligence.

These developments appear to be evolutionary in nature. The internet is arguably one of humanity's most ingenious and ambitious creations to date... being nothing less than a vast working model of global consciousness. Each human with the means to connect to the web becomes, in a sense, a single, autonomous neuron in the mind of our biosphere, or as she has been more eloquently titled: Gaia. Given the incredible potential that each individual earthling brings to this system, the creative possibilities for our global consciousness are seemingly infinite. As this global nerve-net becomes more complex and sophisticated... singularity approaches.

This is an optimistic assessment… but that’s the point. It is each of our responsibility to fashion a positive vision of the future. We choose the cup to be half full. And why not? The future is “gonna go down” one way or another… let’s choose to make it go down for the betterment of all. As we have said, ad nauseam… we are all in this together.

- based on the work of Kai-Fu Lee (AI Superpowers) and his interview with Peter H. Diamandis, MD.