The Rise of Pop Culture - part one 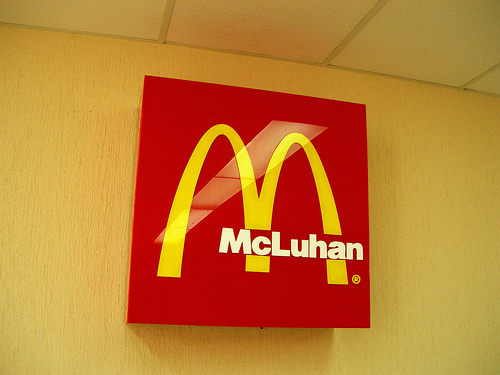 The following is an excerpt from my soon-to-be-published book, titled… “The Tek-Gnostics Heresies – Tales of Wonder from the Collective Conscious” Having covered some exceedingly interesting ground since this weblog’s inception, the “Heresies” represent a retrospective synthesis of the esoteric investigations pursued on this blog, as well as a synopsis of philosophic principles explored at the Tek-Gnostics website. The book format allows these ideas to be more fully contemplated and expanded upon.

The Heresies compilation is not intended to be an exhaustive treatise on the subject, but rather an introduction to an evolving system of perception that merges technology (tek) with intuitively derived knowledge (gnosis). This blending of technology and intuition represents the foundational cornerstone of what I have come to call: Tek-Gnostics. It aspires to be a field guide to the practical application of Artifact and Epiphany, in one’s daily life.

In the excerpt below, we pick up the tale in chapter three, entitled “The Rise of Pop Culture” wherein the Heresies examine formative historical events, circa 1967. Viewed through the lens of popular or “pop” media, the sixties are best remembered for the explosion of cultural expression, psychedelic experimentation and consciousness expansion known as the “Summer of Love.” In turn, the events that played out in the summer of 1967 were a culminating flash point that was ignited by pressures which began to build at the close of World War II. The Summer of Love signaled the end of the old paradigm and suggested the beginning of the so-called “new age.”


“People today are still living off the table scraps of the sixties. They are still being passed around… the music and the ideas.”

During those early post-war years, something new was germinating… unnoticed, almost lost in the outward expressions of the era. National optimism was at a peak during the 1950’s. Even with the technological muscle of post-WWII America, there still lingered a collective innocence reminiscent of the last century. However, something strange was brewing in the psyche of the Western World… a fundamental shift… as yet undefined. 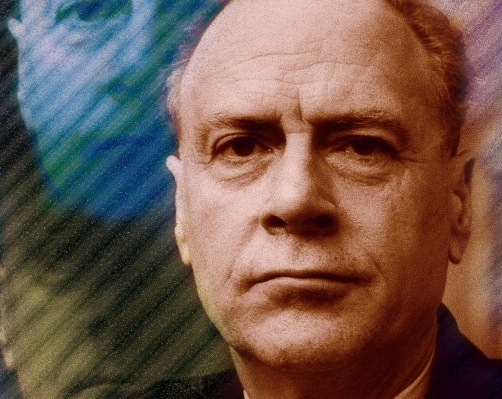 In the early 60’s, communications theorist  Marshall McLuhan prophesized that the visual, individualistic print culture would soon be brought to an end via an "electronic interdependence" …where electronic media would replace the now-antiquated print culture. In this new age, humankind would move from individualism and fragmentation to a collective identity, with a "tribal base." McLuhan labeled this new social organization: The global village.

Key to McLuhan's theory was the idea that technology has no moral disposition. It is an artifact that deeply shapes an individual and his/her society's self-conception and self-awareness. As if in anticipation of the World Wide Web, McLuhan coined and popularized the usage of the term "surfing" to refer to rapid, irregular and multidirectional movement through a voluminous body of documents or knowledge.

In 1964, McLuhan published: “Understanding Media: The Extensions of Man.” In that work, McLuhan coined the phrase: “The medium is the message” …illustrating that a specific medium (print, radio, television, social, etc.) becomes an inseparable and influential part of the message being communicated. This symbiosis of media and message influences how the message is perceived. McLuhan’s work implied that modern media itself was fast becoming more important than the content it carried. McLuhan brilliantly foresaw that a specific medium affects society, not only by the content delivered over the medium, but also, and most importantly, by the attributes of the medium itself.

In 1967, the very year of the Summer of Love, McLuhan published his “opus magnum,” what would become his definitive work: “The Medium is the Massage.” Given that McLuhan was known to enjoy a good play on words (originally titled The Medium is the Message, McLuhan preferred the new title, which is rumored to have been a printing error), he adopted the term "massage" to denote the effect each medium has on the human sensorium (the sum of an individual’s perceptions), taking inventory of the "effects" of numerous media in terms of how they "massage" the sensorium. To wit:

“Instead of tending towards a vast Alexandrian library, the world has become a computer, an electronic brain, exactly as (in) an infantile piece of science fiction. And as our senses have gone outside us… Big Brother goes inside. So, unless aware of this dynamic, we shall at once move into a phase of panic terrors, exactly befitting a small world of tribal drums, total interdependence, and superimposed co-existence.

Terror is the normal state of any oral society, for in it everything affects everything… all the time. In our long striving to recover (for the Western world), a unity of sensibility and of thought and feeling we have no more been prepared to accept the tribal consequences of such unity than we were ready for the fragmentation of the human psyche by print culture.” 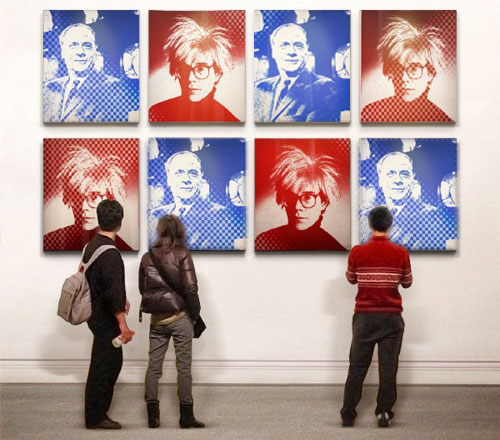 As the sixties drew on, pop media began to evolve, mirroring McLuhan’s ideas. Artists, such as Peter Max and Andy Warhol began producing psychedelic-neon-infused works of art that foreshadowed the luminous artwork of the coming information age. The US East Coast music scene smoldered with avant-garde experimentalism as exemplified by Warhol’s favored: Velvet Underground, whose work would inspire the punk scene of the late 70’s and early 80’s. Meanwhile, musical groups on the West Coast, such as the Byrds, the Jefferson Airplane and the Grateful Dead (aka: The Warlocks), were busy creating an accompanying psychedelic soundtrack for the culminating Summer of Love.

Perhaps one of the most profound musical vehicles of the emerging psychedelic media of the Summer of Love was epitomized and imported to American shores by that  neo-diasporic phenomenon known as the “British Invasion”. The important cultural artifact in question was released in June of 1967, in the form of a record album titled “Sgt. Pepper’s Lonely Hearts Club Band” …by those master magicians… the Beatles. One of, if not “the” first concept album… Sgt. Pepper incorporated visually rich montage album art and auditory memes of the era, to produce the definitive multi-media musical offering of the decade.

Track three on the album, “Lucy in the Sky with Diamonds” …was broadly considered a thinly-veiled reference to the chemical catalyst… the apex… the crown chakra of experience that fueled the summer of love… LSD-25. Championed by that rascally trickster, John Lennon, the Beatles foreshadowed and encapsulated the psychedelic revolution that was to come… 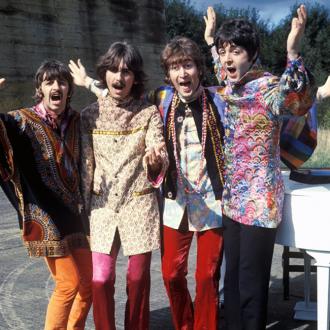 “Picture yourself in a boat on a river…
With tangerine trees and marmalade skies.
Somebody calls you, you answer quite slowly…
A girl with kaleidoscope eyes.”

-from “Lucy in the Sky with Diamonds” by Lennon & McCartney

In order to fully appreciate the truly earth changing and epoch ending importance of the events of the Summer of Love, we must examine in greater detail, those events in history that lead up to this pivotal decade. As we shall see, the psychedelic sixties did not suddenly emerge out of thin air, after WWII. In fact, the emergence of the sixties’ psychedelic culture is but one contemporary example of what anthropologists call an: entheogenic sub-culture, the lineage of which has a long, archaic history.