Your Democracy Has Been Hacked 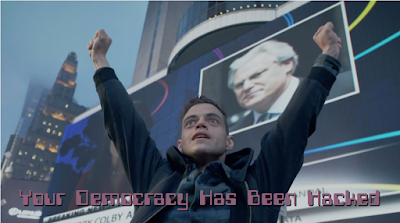 Folklorists, cultural anthropologists and others who study such things, have found the belief that good (or bad) things come in threes… is an ancient superstition. They further suggest that the “Rule of Threes” remains a potent modern belief. 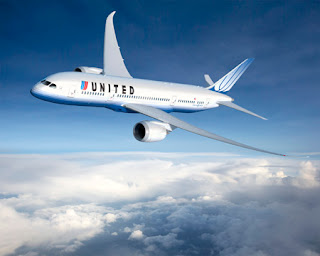 My most recent experience of the rule of threes began with a morning television newscast. In a breaking newsflash, the anchor reported that United Airlines had grounded all flights, world-wide. This event, no doubt caused considerable bother for passengers around the world. United issued a statement saying it suffered from "a network connectivity issue" and apologized to customers for any inconvenience. It said that 4,900 flights were impacted by the problem worldwide.

This had gotten me thinking about computer network vulnerabilities, and how disruptive they can be when they, for whatever reason, go off line. 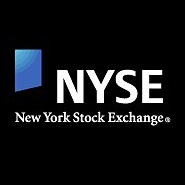 At this point, suspicion crept into my mind. I mean, what are the odds that two major network systems could go down… hours apart?

Later that day, Homeland Security chief Jeh Johnson assured the public that United's outage was not connected to a computer problem that disrupted trading at the New York Stock Exchange. The airline official also said "there was no hacking whatsoever" in the United outage. "I have spoken to the CEO of United myself," he said, "and it appears that the malfunctions from United and New York Stock Exchange were not the result of any nefarious actor."

Yeah, right… it seems that everyone from Homeland (in)Security to mainstream media outlets, such as CNN were all too quick to proclaim that this was not… repeat… NOT! HACKER RELATED. In the words of that famous bard, Will Shakespeare:  “Me thinks thou dost protest too much.”

Synchronicity is, by its very nature, a personal thing. For me, the third event… the synthesizing event… the event that tied these seemingly unrelated events together, into a triad of personal significance… of synchronistic meaning… came that evening, when I tuned in to an interesting, albeit quirky summer season television series, titled… Mr. Robot. 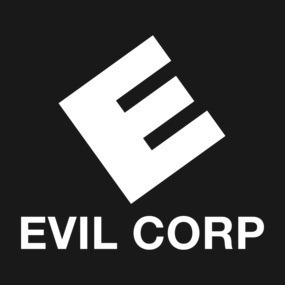 Mr. Robot is an American cyberpunk/thriller television series on USA Network, artfully created by Sam Esmail. The series follows one Elliot Alderson… a young cyber-security engineer living the dream in New York City. Elliot meets a mysterious social-anarchist known as "Mr. Robot" who recruits Elliot to join his team of hackers, known as: "F-society." The show follows Mr. Robot's attempts to engage Elliot in his mission to destroy the all-pervasive conglomerate… E (Evil) Corp… the very corporation Elliot is paid to protect. Conflicted by his personal beliefs, Elliot struggles to resist the chance to take down the multinational CEOs that are running (and ruining) the world.

Mr. Robot nails the portrayal of a particular breed of hacker who hacks to make sense of the modern world. The Elliot character is pretty tweeked… displaying Asperger-like symptoms such as avoiding eye contact, not liking to be touched… “Never show them my source code,” he says in voiceover. These peculiarities are simply interpersonal flaws… weaknesses of the meat. Hacking is his primary mode for controlling a world that he feels otherwise powerless to control. Hacking is the tool of choice for making connections in a world in which he feels alone… alienated…

Discerning readers of this blog can easily appreciate the ramifications of this third, coalescing “cosmic trigger.” It is in this TV show… this simple fiction… that the truths beneath the United Airlines and the NYSE stories are revealed.

We are living in the dystopian, cyberpunk world that we dismissed as science fiction just a couple of decades ago. We now experience daily, the alienation, confusion and surrealism we once only read about in the works of William Burroughs and William Gibson. The major themes of the cyberpunk genre, such as advanced information technologies and artificial intelligence, juxtaposed with a breakdown or radical change in the social order is the world we live in… is here now. 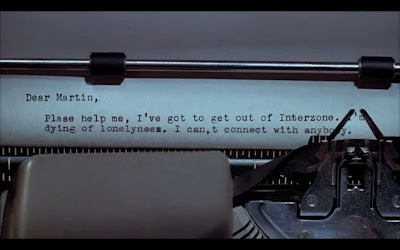 Our post-industrial dystopias are marked by extraordinary cultural ferment and upheaval. The modern “War on Terror” feels like a variation of the plot in the (somewhat cheesy) Arnold Schwarzenegger version of “Total Recall” …only the resistance isn’t on Mars… it’s right where you are sitting now. Gibson’s “Modern Panthers” those shadowy hackers from Neuromancer… have nothing on “Anonymous.”

Yowzah… the world in which we find ourselves is looking more and more like a surreal Philip K Dick yarn. As we continue to wake up to this reality, we… like those rascally Gnostics of old… feel the alienation setting in. The powers that be… like the Gnostic arch-villain, the Demiurge… seem to be increasingly cruel and unusual. Just as PKD realized and immortalized in the Quote: “The Empire Never Ended” …the ways of the world, persist. The power of the Roman empire that PDK saw in fevered dream… looks suspiciously like our modern Empire… marching into the desert.

The rapid deterioration of cultural constructs… the seemingly purposeful dismantling of society and its infrastructure… lead us to a critical breaking point. However... in times of crisis, there is opportunity. To return to the sayings of folklore…“it is always darkest just before the dawn.”

My preferred belief is that; it is the Empire that is at a breaking point… not humanity. The powers that be… the petro-chemical-arms dominators are just about done. They just don’t know it yet. It is true that the situation is desperate as usual. It is true that these are dangerous, confusing times. But here in the darkness, there resides a glimmer of light.

Again… more of us are waking up. More of are realizing that the Emperor wears no cloths. A single enlightened, compassionate soul is a powerful thing. Imagine what we can do together. Even as the Empire crumbles, the new mythologies… the new cultural foundations are beginning to appear. Be patient… for these things take time. We survived the harmonic convergence... we survived 2012... perhaps, in the words of the afore-mentioned folklorist... Third time's the Charm!

Many articles, from many sources, have appeared across digital media since the double-whammy-woes of United Airlines & NYSE... claiming that the amorphous collective of socio-political, protest-as-theater, hacker-esque cyberpunks... known as "Anonymous" did indeed have everything to do with those (temporary) shutdowns.

The following example of such,  is from Techscruppt...

Trading abruptly halted at 11:32am on Wednesday morning due to “some technical malfunctions,”explained NYSE director of floor operations, Art Cashin. While U.S. officials claimed there were no signs of a “cyber breach” that would have caused the difficulties, the timing of the Anonymous message is . . . interesting.