Since before it’s founding in 1776, the history of ’s colonization and expansion is one of embattled ideologies… competing for dominance and control of the American socio-political landscape. Indeed, what was to become the was born of violent revolution against the . Other illustrations of colliding American ideologies include: Settlers (european invaders) vs Native Tribes (indigenous population), North (yankee) vs South (rebel), Democrat (jackass) vs Republican (elephant), etc. A contemporary, albeit slightly more obscure example of such dichotomy is what can be referred to as the clash between the Eastern Yankee and the Western Cowboy.

In 1976 Carl Oglesby published a book entitled: The Yankee and Cowboy War: Conspiracies from Dallas to Watergate. In that book, Oglesby outlines one version of the concept that there exists in the United States, a power struggle between the East Coast, Ivy League, powers-that-be, Yankee establishment, pedigreed old money… and the West Coast, Nuevo riche, big oil, silicon valley, Cowboy cabal, upstart new money. Oglesby argued that the seemingly unrelated events of Dallas (1963), Memphis (1968), Watergate (1972)… even the demise of the Howard Hughes empire… are all tied together in a vast conspiracy whereby one power elite attempts to overthrow and replace the other.

These monumental events of history, viewed from the perspective of The Yankee and Cowboy war, take on new and interesting nuances concerning “who is really pulling the strings” in American politics of power. Seemingly unrelated events “fall into place” in light of the possibility of an East Coast-West Coast power elite struggle. As in all good conspiracies, there potentially exist multiple factions… indeed factions within factions… in each power elite camp. Possible factions include… the mob, the , organized labor, Goldman Sachs, the high tech industry, the Heritage Foundation, the Hollywood establishment, NASA, the Supreme Court… the list goes on.

The question becomes… which faction is battling for which power elite? Are they loyal and under what circumstances do they switch sides? For instance, what clandestine role does NASA play in its off-world operations and is NASA Yankee controlled… or does it align with Cowboy high tech? And is high tech Cowboy? Oh what a tangled web. There is enough fodder in Oglesby’s Yankee-Cowboy theory to keep any respectable conspiracy theorist busy for many a computer screen lit, search-engine driven night.

Contemporary political issues especially post 9/11, take on a more sinister shade, given Oglesby’s premise. What black ops organizations were put into play in the name of Homeland Security… devoid of any congressional oversight… in the days and weeks that followed 9/11? The ramifications of Top Secret America suggest a splintering of motivations of these cabals, rather than a unified America standing up to international terrorism. The puzzle pieces of contemporary American politics suddenly re-arrange in interesting ways.

The current election cycle alone is mind-bending within a Yankee-Cowboy war scenario. In light of the above, we encourage the curious to dig deeper into this theory… yet our interest is focused upon another, more arcane facet of the Yankee-Cowboy power struggle. We suggest that during the exact same time-line as Oglesby’s East-West discord, there existed a co-occurring and deeper struggle, waged for the very soul of … especially the American youth. This was a deeper struggle in the sense that its influence went beyond political, into the cultural and psychological… dare we say archetypical… framework of American consciousness.

Amid the socio-political turmoil of the era, there was in , a lotus-blossoming of philosophical and spiritual inner exploration. This was fueled in part by the availability to the Western World, of materials on comparative religions of the East, especially those of Buddhism and Hinduism. Interest in Theosophy from the previous century, along with the works of Herman Hesse, Aldus Huxley and Alan Watts added fuel to the fire of what was to become the new Western spiritual quest. If Eastern spiritualism was a figurative fuel to a philosophic fire, psychoactive substances, most notably LSD-25 was like gasoline thrown onto the flame. 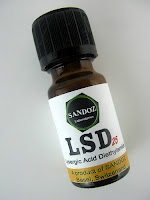 LSD-25… that hideous/wondrous trickster… that two-faced creator/destroyer Shiva, sipping soma from a goblet made of human scull… pearlescent jewel of day-glow night-light… perfectly (both literally and metaphorically) encapsulated for the West in the form of a little pill. Enlightenment in a bottle… conveniently manufactured for the West by the alchemists at Sandoz laboratories.

Mirroring the dichotomy of the Eastern and Western philosophical tradition… born of it… was the distinctly American manifestation of a psychedelic cultural revolution. The term psychedelic is derived from the Greek words psihi and diloun… which translates to soul manifesting. The American East Coast approached psychedelia in a distinctly different manner that did the American West. Yankees and Cowboys… Each coast had its unique spin on the burgeoning psychedelic culture, complete with holy places, heroes and villains.

The East Coast lineup included such lysergic luminaries as the “Cambridge Three” ie: Drs Timothy Leary, Richard Alpert and Ralph Metzner, all professors at the pride of the Ivy League: . While at Harvard, beginning in 1960, the good doctors conducted research on the effects of psychoactive substances. This study was known as the Harvard Psilocybin Project. Leary and Alpert went beyond academia… leaving Harvard… each to establish their own intertwining psychedelic sub-faction. They also colonized the holy psychedelic sanctuary infamously known as Millbrook, thereby defining the East-coast intellectual Yankee psychedelic bloc.

The West Coast bloc consisted, in part, of Oregon Author Ken Kesey, the Merry Pranksters and poet & lyricist Robert Hunter, of Grateful Dead fame. Kesey and Hunter were both indoctrinated into psychedelia by volunteering as research subjects for the backed MK-ULTRA experiments involving LSD-25 and other psychedelic drugs. This covert (and illegal) experimentation commenced in 1959 and continued into the late 1960s at Kesey’s alma mater, the West Coast’s pillar of learning: . Kesey’s Acid Tests became the travelling psychedelic circus/temple that defined the West-coast-hippy Cowboy psychedelic bloc.

Synchronistically… both Harvard and Stanford appear to be independently researching psychedelia at approximately the same time… and (coincidentally?) some of the same political factions identified in Oglesby’s book, are also nefariously at work behind the scenes of the psychedelic revolution.

Thus began the Yankee and Cowboy Psychedelic War… a campaign of consciousness… a clash of philosophic strategies on how to "break on through" the doors of perception… more accurately considered a revolution than a war. Interestingly, the origin of the word "War" is from the Old High German: werran, meaning to confuse... for the 60s were necessarily confusing times in . The innocence of the Eisenhower years were slipping away, even as the military-industrial complex, Ike warned us about... was cranking up.

In retrospect, the 60s were a high-water mark for American culture, for good or ill. The 60s also marked the true beginning of the new millennium… the new world. The effects of the psychedelic revolution are still being played out today. The so-called counterculture of the 60s was the beginning, the precursor to the social networking of the 21st century. The 60s counterculture was the first reaction, the first response to the industrial-military complex… the machine… or in Kesey’s words…the combine (One Flew over the Cockoo’s Nest). The 60s counterculture was the first "strike against the Empire."

Change of this magnitude takes time. What occurred with Leary, et al on the East Coast and Kesey and company in the West, is much more important than we realize… even today. The seed of psychedelia that was planted then… has germinated… incubated… and quietly blossomed into a global world view… a global mind. The rise and proliferation of personal computing… as a technology of personal freedom… is a now-obvious outcome of the incubator that was the 60s. What occurred then is inextricably tied to who we are now and who we will become. For the psychedelic experience, drugs aside, is the consciousness of the future… and in the words of Ken Kesey…

Shall we go, you & I... while we can?
through...
the transitive nightfall of diamonds?