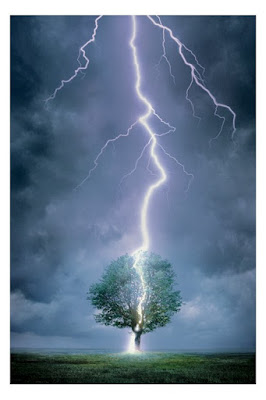 Much has been made of the “eleven minutes after eleven” phenomena. The usual manifestation of this event is the appearance and increased frequency in the perception of eleven minutes after eleven (numerically represented by 11:11) flashing on an individual’s digital clock, DVD player or other digital device. Importance is placed on the subject’s recognition of an emerging pattern of reoccurrence (pattern recognition) that implies emerging meaning. The meaning is unique for each subject, but tends toward epiphany or synchronicity.


The significance of recognizing the 11:11 signal as a manifestation of synchronicity (a meaningful coincidence in time of multiple events perceived to be similar if not identical) illustrates the deeply personal nature of these transmissions. Apparently this is a world-wide phenomenon, the experience of which began more than thirty years ago and continues to grow in numbers. In fact, our shared Global electronic archive system (aka: the world wide web) returns anywhere from 900 million to three billion results when 11:11 is searched on any of the major search engines.

The way that this experience has been incorporated into people’s world view is incredible. Some contend that the flashing 11:11 is a verification or signal from Spirit Guardians, known as “Midwayers” by those who believe. These spirits are here now to assist humanity in “kicking it up a notch” to the next vibration level of consciousness. This cosmic upgrade… this “ascension” to the next planetary stage of evolution is being monitored by such higher beings, in some circles referred to as the Ascended Masters, who signal their presence by flashing 11:11 to the subject.

Others perceive the 11:11 to be a manifestation of a pre-encoded trigger of remembrance on a cellular level... a genetically encoded initiator of spiritual evolution. Recognition of such signals indicates the activation of the code or a spiritual awakening of the subject. Materials written within this thought-stream indicate that an element of guidance is implied in the awakening. That something encoded this trigger within one’s DNA to facilitate a re-awakening or a remembrance of who the subject is. That once you begin to wake, you only need to ask for this guidance and it shall be given.

Many individuals have weighed in on 11:11, including that old spoon-bender himself… Uri Geller. Many have placed their faith in the validity of the 11:11 signal. Even though this is a world-wide phenomenon, seriously considered by thousands of individuals, including many prominent figures of the “new-age” movement, questions of a skeptical nature present themselves.
Here is an excerpt from an article that we found to be useful in our investigations, found at StevePavlina.com…

Now any good skeptic will stop at this point and say that this is simply the result of self-suggestion. You get the belief stuck in your head that you’ll see more 11s, so your reticular activating system begins finding them in your environment and bringing them to your conscious attention. There will seem to be more 11s simply because you’re noticing the existing 11s more often. You may be creating some of those 11s unknowingly, and you may also be subconsciously pre-selecting the right numbers to check.

These logical explanations are perfectly fine. They’re nice and neat and tidy. You can certainly claim that I was subconsciously noticing more 11s because that’s what I expected to see. I’m not going to argue that point because it turns out that it doesn’t matter. In fact, I’ll go so far as to concede that point; as it turns out, this is precisely how reality must work if you’re a skeptic.

You see… it’s part of the nature of reality that anything you experience is automatically projected within the framework of your belief system. So if you’re a hard-nosed skeptic, the 11:11 phenomenon must still be validly explainable according to your current beliefs. It cannot violate your beliefs, for that would violate the cosmic principle of free will. The universe cannot show you anything which you’ve intentionally chosen to block from your reality.

With that said and acknowledged… the 11:11 signal remains an intriguing and useful prompt in the “Great Work” of consciousness exploration. It can be that instant flash of lightning… that “aha!” moment where the perceived epiphany is instantly verified by an inanimate digital device. Likewise, it can be that instantaneous wake-up call... a “crack on the back” from the grumpy Zen master’s bamboo staff, correcting you on your poor posture or your lazy attentiveness in meditation. The 11:11 signal can be viewed as a wink from Universe.

In keeping with the intent to aggregate that which is useful for the great work, Tek-Gnostics incorporates the 11:11 signal. We view it as a perceived nod from the electronic realm… a gesture from the Ghost in the Machine. It is the communion between the "Tek" and the "Gnosis."

It is in the act of perception by the subject that value is gained.

So if you, dear reader, are experiencing the 11:11 phenomenon, you are free to heed the signal, or not. Any value, any epiphany is yours to embrace or reject. Any communion of the signal is between you and universe. For it is but a whisper in the wind… a smile from the logos… a wink from the jester…

For it's just a box of rain…
I don't know who put it there.
Believe it if you need it, or leave it, if you dare…

We consider "weirdness" to be our civic responsibility!

1111 for me has the wink of the synch type phenom. I have always considered the 5-6 or 6-5 love affair as to be synchnificant. A cosmic trigger for certain. Yea man 11-11 is the deal. Dennis