The Way of Tek-Gnostics: Think for Yourself! 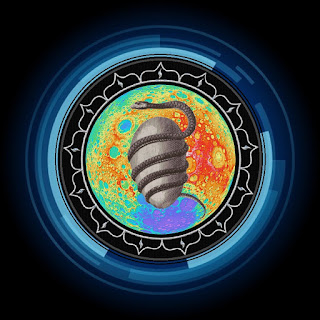 The Tek-Gnostic way arises from the premise that the most effective process for understanding universe and our place in it, is through direct experience. “Tek-Gnosis” can best be described as direct knowledge gained through inspiration or epiphany, as well as through the application of technological artifacts (such as a book, for example). Emphasis is placed upon the illumination of the insight to the individual, as opposed to the dominant paradigm or “accepted belief”of the dominator culture. The rationale for this illustrates the Tek-Gnostic premise that the individual is the interface between humanity and universe. The individual is the “operating system” or perceptive insrument of universe.

This leads to another Tek-Gnostic precept: Experience of universe is participatory. Life is the participation and cooperation between universe and the individual. “Wake up to find out that you are the eyes of the world”. A couple of old Tek-Gnostic proverbs that reflect the importance of participatory individuation are…

Question authority, think for yourself!
When thinking is outlawed, only outlaws will think!

It is understood that these axioms have a slightly “libertarian” flavor to them. The pursuit of liberty, like the pursuit of life & happiness, is an inalienable right that is self-evident.

The ancient Essene Gnostics taught the importance of the pursuit of direct knowledge by the individual. The following dramatization of a Biblical era encounter between a crowd and the great Tek-Gnostic master, known simply as “Brian”, expresses the essential self-evident nature of this concept...


This reenactment was preformed by a troupe of Tek-Gnostic saints who have traveled the world, revealing these sacred teachings, known as Monty Python’s Flying Circus. Information pertaining to these great Tek-Gnostic masters as well as information on the complete documentary can be found here.

This important Tek-Gnostic premise promotes critical thinking, increased intelligence and self sufficiency. It is the first doctrine of the Tek-Gnostic eight-fold path, presented at our Electronic Mystery School, found here. As we proceed upon our wondrous journey toward discovery, we will continue the conversation.

Anonymous said…
Greetings earthling, not so sure last comment was processed. Am glad you site is now on the syncromystic blogspotter page. Your mind's eye is bound to shine forth. Not to master but to shine light... Dennis
March 6, 2009 at 8:20 PM

Salutations, my friend… thanks for the kind words. You hit the nail on the head. Hold the torch a little higher in hopes that we all can see a little further… I continue to appreciate your work in this syncro-gnostic-mystic adventure. Keep the home fires burning…
March 7, 2009 at 10:34 AM