The loosely affiliated YouTube Channel: BigTime Television (Network 23) has just released their first Vid of 2021. In this episode, they "pile on" the recent Blows Against the Empire series, with a short Mockumentary dealing with PKD's "codification of derangement" that he labeled variously as "EMPIRE" or the "Black Iron Prison" etc. BTTV puts their own MATRIXesque, Gnosticism-meets-Cyberpunk spin on the concept... for dramatic effect. Check it out... it runs a little over 6 minutes... but watch out for the Blipverts! 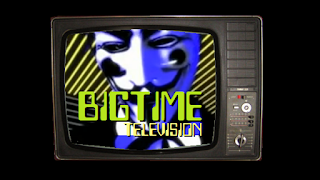 PKD is alive! Positive vibrations Mr. Heart. Venture forth says the Sunflower! To shine forth is key! 87