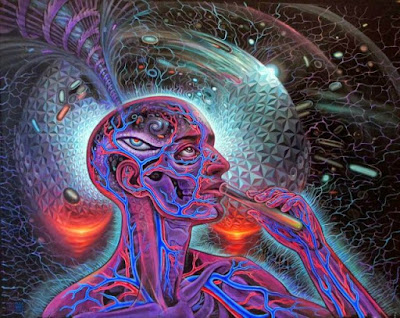 “Psychedelic drugs open the door to the Magic Theater”


Just in time for the Tek-Gnostics High Holy Day known as Bicycle Day (April 19th)... the prolific chronicler of the fringe, Red Pill Junkie... has posted an intriguing article, exploring the precognitive properties of psychedelics. The article can be found on the Mysterious Universe site (link to the article below). Here are a couple of excerpts from RPJ's article...

In time scientists would come to understand the altered states of consciousness triggered by psychoactive compounds such a LSD, mescaline or ketamine had less to do with schizoid behavior, and more to do with the visionary trances of religious mystics – transcendent experiences which could not only reveal to the mind the esoteric symbols of the subconscious (hence the name “psychedelic” which means “mind-manifesting”) but perhaps even offer glimpses of events with validity in consensual reality…

Psychedelics can open the human mind to the reception of valuable information that is not mere trickery of the ‘Magic Theater’. Maybe not just any mind, but one properly prepared to receive the information via high education and a special set of circumstances (the fact that Stanley was vomiting the night prior to his psilocybin trip is particularly interesting, because it resembles the ‘purging’ of Ayahuasca ceremonies); and maybe not just any kind of information, but in the case of ‘future events’ those that have such cultural and social impacts they have a higher chance to create a powerful ‘ripple effect’ in the fabric of Space/Time... 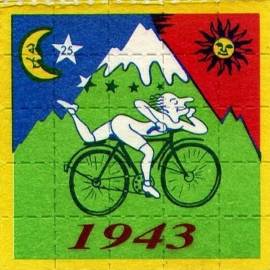 The wishing well. To train the mind(tame) one must examine every facet, including the fractals of psychoactive brain food. Mind games together! Micro dosing is a hint at the synapse beauty. To shine forth is key. 87