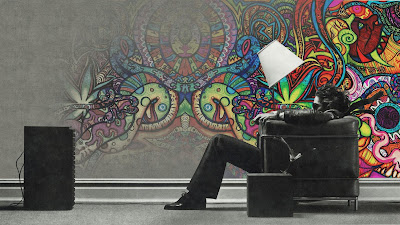 In the previous entry of the Alien-Con Travelogue entitled: “A Spy in the House of Ancient Aliens” I outlined Team Tek-Gnostics’ participation in the History Channel’s inaugural fan convention celebrating their hit Cable TV show: Ancient Aliens. Situated in the savage heart of Silicon Valley… at the Santa Clara Convention Center, California… my esteemed colleague & personal lawyer, Agent 87 & I, set up our tekgnostic outpost in the convention’s “Artist’s Alley” sector… determined to witness the unfolding of the phenomena.

We were not disappointed. As indicated in the last installment, we met a wide and wild array of participants… vendors of the fringe. In fine anthropological fashion, we immersed ourselves in the local population to develop a cultural Ethnography. As part of a larger community that we at Tek-Gnostics have identified as “Conspiracy Culture International” …the sub-culture attracted to this convention, appeared to consist of fans of Ancient Aliens (and Sci Fi in general), cosplayers, the curious & seekers of oddity, and “true believers.”

Of special interest to us, were those we identified as true believers. These subjects especially align with the larger Conspiracy Culture, in that many believe that not only do extra-terrestrials exist, but there has been an elaborate cover-up… perpetrated by our government… since at least the 1940s. This belief ties into a much more pervasive mistrust of government, which has recently dominated political sentiment, globally. Hence the “International” moniker in: “Conspiracy Culture International.”

Variations on the extra-terrestrial conspiracy include technologies reverse-engineered from the Rosewell saucer crash, clandestine ET meetings with President Dwight D Eisenhower, cow mutilations, men in black, NASA black-ops and the Babylon Working …just to name a few. Consideration of such intriguing topics requires a certain mind-set. To more fully immerse ourselves in the sub-culture, 87 & I considered the use of “research enhancements.”

During transport, we had agreed and arranged to act as our own subjects in a secondary field study of the effects of relatively new phenomena in psychedelia… micro-dosing. Our premise being that there is a deep-rooted correspondence between the psychedelic and extra-terrestrial realms. Our primary method of research would entail self-administering an approximate micro-dose (10 to 15 mics) of Lucy in the Sky with Diamonds… daily, during the course of the convention.

This manner of integrating psychedelics, also known as a psycholytic dose, doesn’t inhibit ego-functioning in the same intense manner as the ‘heroic’ Terence McKenna dose does. It is much easier integrated into non-psychedelic activities.

With that said, the sub-perceptual dosage adds another important perceptional element to the experiment… “is it live or is it memorex?” During the course of the Halloween weekend, I would continually return to the question… are my thoughts and observations indigenous, or are they influenced by the LSD? At pre-psychedelic doses, this quandary became a subtle pivot of perception. Like the Schrödinger's Cat paradox, the question moved beyond maybe… to a simultaneous no and yes proposition.

This logic twilight zone acted as a synchronicity trigger, in that it would repeatedly and abruptly pull me back into the present moment. The Chapel Perilous-esque nature of the experience served to sharpen perceptions… as I was constantly slightly out of kilter, cognitively. The subtle perceptual uncertainty actually sharpened my mental and emotional faculties. My perceptions became meta-perceptions as I would inevitably return to thinking about thinking. 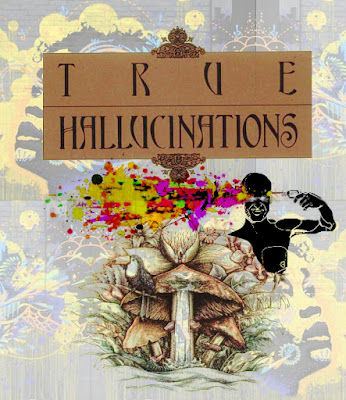 Per the McKenna “True Hallucinations” model, the psychedelic experience IS an alien encounter. In this regard, the micro-dose experience mirrors the ET experience… was it real or imagined? This question moves beyond whether or not phenomena actually happen, to the very fabric of perceptions, consciousness and the nature of reality. Is contact psychical, metaphorical, or extra-dimensional?

The micro-dose played into the concept of being a dweller of two realms… psychedelic and normal… terrestrial and extra-terrestrial… amateur anthropologist or true believer?

In looking back, what struck me most was the sincerity of, not only the presenters and vendors… but of the fans. Granted, our booth entitled: Tek-Gnostics Media, in situ within the artist’s alley, would draw a certain segment of the overall population… however those who we encountered were sincere, honest-to-god seekers of the eternal question: are we alone?

It is for this reason that the UFO sub-population of Conspiracy Culture International is so intriguing and endearing. Government conspiracy aside here is a population asking the big question… Is there intelligent life on other worlds, out there in the vastness of universe? Do they seek us? Should we seek them? Asking the existential question…What is the nature of reality? What is our relationship to “the other” and is the other us?

Ultimately, the UFO sub-culture serves us all by reminding us to ask the big, philosophic questions of existence and our place in universe. 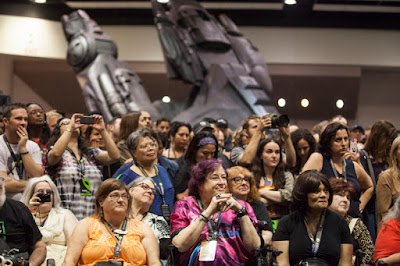 In upcoming travelogue installments, we will explore the high level of synchronistic events during the convention. As the weekend wore on, the strange synchronicities, not only increased, they became more intense… culminating in the now-infamous “Papa Legba Incident.” Stay tuned, dear travelers of the digital realm… stay tuned!